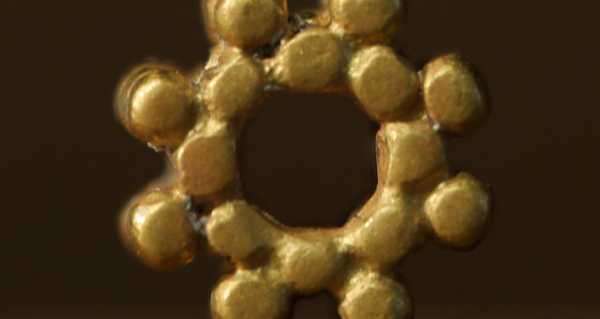 Right at the heart of the Fertile Crescent, birthplace of several ancient civilizations, the soil which makes up modern-day Israel is sitting on top of a wealth of ancient artefacts which offer clues on everything from the birth of contemporary monotheistic religions to the state of the world’s magnetic field.

A nine-year-old boy taking part in a volunteer archeological dig project has discovered what appears to be an incredibly well-preserved gold bead from the First Temple period that could be close to 3,000 years old.

The immaculate preservation of the bead over so many centuries initially led the archaeologist supervising the sifting to believe that it was a modern item.

The artefact is particularly rare, TMSP says, since other, similar beads found in the same area were made of silver, and jewelry of pure gold was extremely uncommon and usually imported from elsewhere. What’s more, although beads have been found in the region, they date back ‘only’ from the 13th century BC to the 4th century BC.

The Temple Mount Sifting Project, which relies on a combination of volunteers, tourists, and public donations to keep going, has found a wide variety of historical artefacts going all the way back to the Stone Age, and all the way up to the Ottoman period (1517-1917) and the British Mandate for Palestine (1917-1948), with objects ranging from pottery and amulets to fragments of statues, figurines, architectural remains, and coins.

The golden bead’s discovery is literally a small piece of an immense range of historically and archaeologically significant items found in and around the city of Jerusalem. In recent years, archaeologists have unearthed everything from hidden architectural sites to evidence of locations and persons mentioned in the Bible, and evidence that could help climate scientists uncover clues about how the Earth’s magnetic field functioned thousands of years ago.