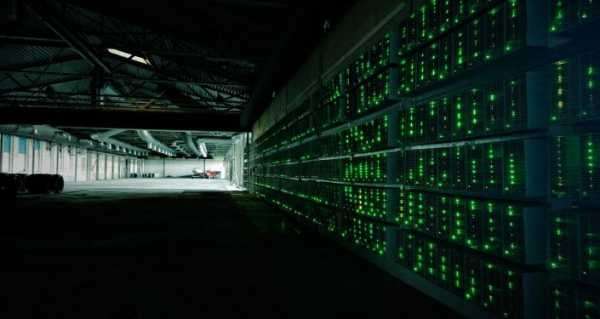 Bitcoin has been recently criticised for its carbon footprint due to the cryptocurrency’s high energy consumption, with even Bill Gates weighing in on the matter, calling it “not like a great climate thing.”

If China’s Bitcoin industry continues to operate in the face of minimal policy intervention, it’s expected to generate over 130 million metric tonnes of carbon dioxide in 2024, which would threaten China’s greenhouse emission reduction target, an analysis by a team led by Guan Dabo at Beijing’s Tsinghua University suggests. The researchers say that the estimated emission output would put Bitcoin in the top 10 C02 polluters among 182 Chinese prefecture-level cities and 42 major industrial sectors.

Launched in early 2009, Bitcoin is the biggest cryptocurrency in the world by market capitalisation and the amount of data stored on its blockchain.

With the price of one Bitcoin now floating just below $60,000, mining the cryptocurrency is a profitable activity. The process relies on computers racing to solve a mathematical problem for each transaction – whichever solves it first and verifies the transaction creates a new coin. The supply of coins for mining is limited to 21 million – 18 million bitcoins had been mined as of February 2021.

Solving these equations is becoming more competitive and difficult as a growing number of people and computers laden with rapidly advancing tech try to crack them around the world.

Due to the evolution of mining hardware and mining “farms,” more and more electricity is being used by Bitcoin.

The analysis, which was published in Nature, shows that if the annual energy consumption of the Bitcoin industry in China continues on its current trajectory under minimal policy intervention, it will peak in 2024 at 296.59 terawatt-hours of energy, which would exceed 2016’s energy consumption levels of nations such as Italy or Saudi Arabia.

The analysis also includes several other projections, such as a scenario when the carbon tax is doubled, which decreases the amount of energy consumed by Bitcoin to 217.37 terawatt-hours.

There is also a market access scenario where profitable miners with low efficiency are banned from entering the Chinese market, plus a site regulation scenario, where miners in areas where electricity is coal-based are persuaded to relocate to areas with hydro-based energy.

Emissions would grow correspondingly, according to the analysis, with the carbon footprint of the Bitcoin industry reaching 130.50 million metric tonnes per year in 2024 as per the “benchmark“ scenario.

The study suggests that without any policy interventions, Bitcoin carbon emissions would become a “non-negligible” barrier against China’s sustainability efforts, with the peak annual energy consumption and carbon emission of the Bitcoin operation in the country exceeding those of nations including Italy, the Netherlands, Spain, or the Czech Republic.

Chinese President Xi Jinping has set an environmental goal for the country’s economy, announcing that China wILL become carbon-neutral by 2060. China has been reducing its carbon footprint for years now, with policies that support hydrogen fuel-cell vehicles. China is also the biggest electric vehicle market in the world.

However, last month, a study by the British research group Ember found that China accounted for 53 percent of coal-powered electricity worldwide, which made it the only G20 member to record a substantial increase in coal generation last year.