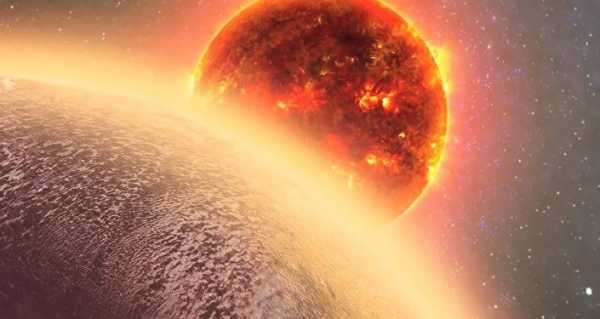 As mankind searches for vestiges of alien life out in the galaxy, the focus has been on rocky, Earth-like worlds located at a specific distance from their host star with the ability to sustain liveable temperatures. However, a new study suggests that the quest should be broadened.

A class of exoplanets possessing a global ocean and atmospheres rich in hydrogen could potentially offer a fertile environment for hosting alien life, claims a new study by scientists from Cambridge University’s Institute of Astronomy.

While up until now researchers have tended to focus on planets similar in size, mass, temperature and atmospheric composition to Earth, the study, published in The Astrophysical Journal, suggests the so-called “Hycean worlds” might be a potentially promising candidate.

These exoplanets are more numerous than Earth-like ones, according to planetary surveys.

The “Hycean” planets are similar in size to rocky “super-Earths” and “mini-Neptunes,” but are up to 2.5 times larger than Earth.

This is an artist’s impression of the Earth-sized, rocky exoplanet GJ 1132 b, located 41 light-years away around a red dwarf star. Scientists using NASA’s Hubble Space Telescope have found evidence this planet may have lost its original atmosphere but gained a second one that contains a toxic mix of hydrogen, methane and hydrogen cyanide.

Their hydrogen-rich atmospheres also shroud vast oceans of liquid water beneath. The microbial life they could potentially host could be similar to “extremophiles”, organisms that are tolerant to environmental extremes from a human perspective, such as high pressure and temperature. Such bacteria often form on rocks near hydrothermal vents, for example.

Seemingly very abundant throughout the Milky Way galaxy, the Hyceans are diverse, with some orbiting in such proximity to their host stars that they’re tidally locked. This means they have one scorching-hot dayside and one eternally dark nightside. Other representatives of this class of exoplanets orbit very far away, receiving very little stellar radiation.

Life could exist, for example, in the nightside waters of tidally locked worlds, claim the scientists.

Furthermore, these exoplanets appear to be prime candidates to search for potential biomarkers like oxygen and methane, compared to those of rocky exoplanets, the researchers wrote. The team have identified a number of Hycean worlds orbiting small, dim red dwarf stars between 35 and 150 light-years from Earth, whose atmospheres could be scrutinized by next-generation observatories such as NASA’s $9.8 billion James Webb Space Telescope (JWST).

The latter is gearing up to launch later this year. The biosignatures can be detected when an exoplanet passes between Earth and its star, when certain wavelengths of light in the spectrum are boosted or blocked by the atmosphere, in a telltale sign of what element or compound causes that effect.

He touted the new research as potentially heralding a fundamentally new avenue in the quest for alien life.