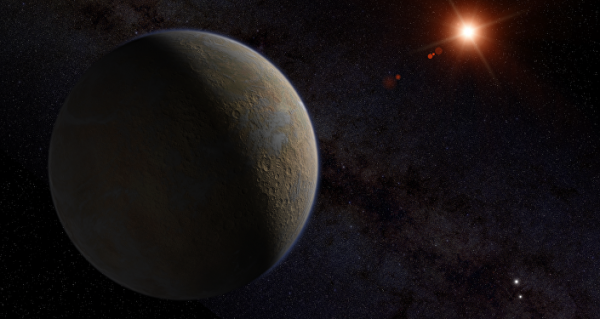 It is common for astronomers to pick up strange radio blasts from outer space, but the majority have so far been explained in scientific terms – human interference from Earth or natural cataclysms. However, nothing of this kind has yet been said about one of the latest narrow beams, intercepted in spring 2019.

Astronomers are now looking into a tantalising radio wave emission that is understood to have come from the vicinity of Proxima Centauri, a red dwarf star that is only 4.2 light years from the Sun, and could potentially offer a long-sought answer to the extra-terrestrial life question. A paper, expected to arrive soon, will detail a beam named BLC1, in a nod to Breakthrough Listen – a project tasked with looking for traces or other evidence of life in space.

Although this “flash” will likely be explained in a mundane way, like all the previously spotted narrow beams (man-made factors or natural phenomena), its direction was deemed to be out of the ordinary. And so was its puzzling shift in frequency, now believed to correspond to the movement of a planet.

The narrow beam of around 980MHz was spotted during lengthy observations by the Australian-based Parkes telescope in April and May 2019, and has escaped researchers’ radars ever since, according to an astronomer who spoke on the condition of anonymity, because the work is ongoing. “It is the first serious candidate since the ‘Wow! signal’”, the researcher said.

The latter was a short-lived radio signal picked up during an extra-terrestrial search mission, or SETI, by the Big Ear Radio Observatory in Ohio in 1977.

Although Proxima Centauri is formally the star closest to our Sun, it is too faint to be seen with the naked eye. Researchers have gone to great lengths to get a better idea of at least two planets known to orbit the star. One is a gas giant, and the other – Proxima b – is a rocky one and is said to lie in the so-called “habitable zone”. However, there is no evidence of this world housing any water, which is vital for life.

In 2017, NASA  scientists used computer models to show that if Proxima b had an atmosphere akin to Earth’s, it would be ripped away almost in no time by the intense radiation and solar flares coming from its parent star. The 4-billion-year-old planet could have lost its entire atmosphere in just 100 million years, which implies conditions there are not compatible with life.

Whatever the case, now, some pin their hopes on Breakthrough Listen:

Pete Worden, the former director of NASA’s Ames Research Centre in California and executive director of the Breakthrough Initiatives, said it was important to see the project’s conclusions: “These signals are likely interference that we cannot yet fully explain. Further analysis is currently being undertaken”, he specified.

Others are, meanwhile, a bit sceptical, suggesting that it’s a bit over-the-top to conclude after decades of investigations that long-sought life beyond planet Earth is right on their doorstep.