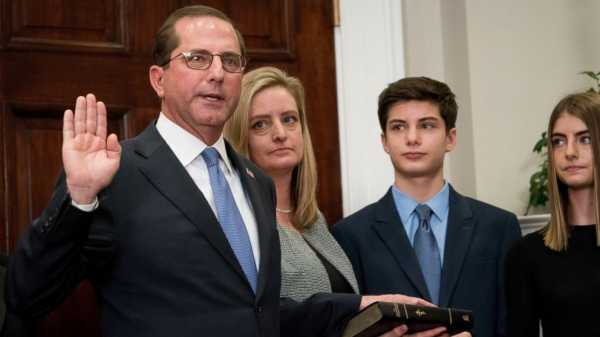 Azar’s nomination as secretary of Health and Human Services was approved by the Senate last week, largely along party lines.

Azar has said his priorities include curbing the cost of prescription drugs, making health insurance more affordable and available, and confronting the opioid addiction epidemic.

Trump says, “He’s going to get those prescription drug prices way down.”