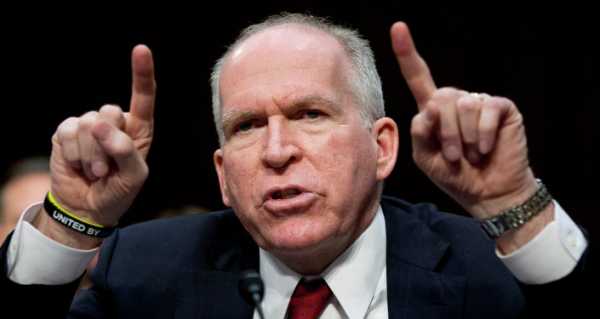 The former head of the US’ Central Intelligence Agency (CIA) recently said it was reasonable to assume that alien life exists in the universe and might be visiting our planet.

John Brennan, who served as CIA director between 2013 and 2017 and as White House homeland security adviser before that, made the remarks to US economist Tyler Cowen on the latter’s podcast last week.

“I’ve seen some of those videos from Navy pilots, and I must tell you that they are quite eyebrow-raising when you look at them,” Brennan said. He noted the first task in analyzing evidence of that kind is to eliminate possible natural phenomena. “You really have to approach it with an open mind, but get as much data as possible and get as much expertise as possible brought to bear,” he noted.

However, he wouldn’t discount the possibility that some UFOs are of intelligent, extraterrestrial origin.

“I think some of the phenomena we’re going to be seeing continues to be unexplained and might, in fact, be some type of phenomenon that is the result of something that we don’t yet understand and that could involve some type of activity that some might say constitutes a different form of life,” he added.

“When I first heard the interview I thought he was going to play it safe, and his mention of weather phenomena reinforced that view,” Pope told Fox News on Monday.

“But for him then to start speculating about something people ‘might say constitutes a different form of life’ was extraordinary. While it may have been a slip of the tongue and an inadvertent muddling of tenses, I was also fascinated to hear him mention not just the previous US Navy UFO sightings, but ‘some of the phenomena we’re going to be seeing,’ as if he was talking about future events,” he added.

In August, CNN reported, citing unnamed defense sources, that the Pentagon was opening its own task force for investigating UFO sightings. However, it, too, has a long history of tracking UFOs. In 1969, the US Air Force announced its Project Blue Book had concluded UFOs were totally irrelevant to national security and weren’t alien craft. However, the effort to track and understand UFO phenomena reportedly secretly continued under the aegis of other names, such as the Advanced Aviation Threat Identification Program that began in 2009 and which the Pentagon said ended in 2012.