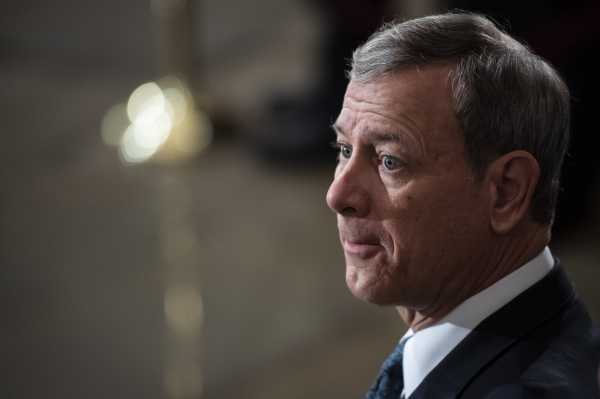 The Supreme Court is the most consequential institution in American politics. And yet the public almost never gets to see the chief justice, or any of the justices for that matter, in action.

This will change as President Trump’s impeachment trial moves to the Senate on Tuesday.

The Constitution provides that the chief justice “shall preside” over the impeachment trial of a president. The role of the chief justice is mostly ceremonial and may only matter in the event that a tie-breaker vote is needed; historically, chief justices have relied on a Senate parliamentarian to manage the process.

But Roberts could, if he chose, exert real influence on the trial by compelling witnesses to appear or by ruling on the admissibility of evidence. It’s not likely, but it is possible.

Since there’s a chance that Roberts, who was picked to lead the Court in 2005 by George W. Bush, might play a significant role in the impeachment saga, I contacted Joan Biskupic, author of The Chief: The Life and Turbulent Times of Chief Justice John Roberts. Biskupic has covered the Supreme Court for more than 20 years and knows Roberts about as well as anyone.

We discussed Roberts’s ideological background; the role he’s played on the Court and in American politics; and whether we can expect him to preside over Trump’s trial impartially. A lightly edited transcript of our conversation follows.

What would you say is the most important thing the average citizen should know about John Roberts?

John Roberts is a student of history; before getting his law degree at Harvard, he considered a PhD in history. So he is aware of the weight on his shoulders as he presides over only the third Senate trial of a president in US history. He will be ready for his moment on the dais. He is reserved, cautious, and will probably follow the lead of his mentor William Rehnquist, who presided at the Clinton trial in 1999, and insert himself in the process as little as possible. He will also be thinking about his place in history.

Who was Roger Taney?

Chief Justice Taney wrote the 1857 Dred Scott v. Sandford decision, which many people regard as the worst ruling ever. He said African Americans could not be citizens, invalidated the Missouri Compromise, helped lead to the Civil War.

Would you call Roberts a moderate? A conservative? An ideologue?

Roberts cannot be defined by a single label. He is generally conservative, as we have seen on issues such as race, religion, and campaign finance. But recall that in 2012, he split from his conservative brethren to cast the deciding vote to uphold the Obama-sponsored Affordable Care Act.

As I chronicled in my book, that move came after multiple switched votes and tense negotiations with his colleagues. Today, the chief holds even more of a controlling vote because he is at the ideological center of the Court (post-Anthony Kennedy). Overall, he is likely to continue to show his conservative stripes, but in certain high-profile cases, when he is in the middle, he’ll inch to the center. Last June’s census case decision is an example of that.

Does he put his role as justice over his identity as a conservative Republican? Do his rulings bear that out?

We’ve had 45 presidents and only 17 chief justices. That’s where his identity is, not in his former roles as an appellate lawyer or a member of the Reagan-Bush administrations. His prior political work may shape his approach, and he has revealed his conservative roots in his rulings, but he is mostly mindful of what he’s doing as chief justice.

As you know, Roberts just released the 2019 Year-End Report on the Federal Judiciary. The political undertones of these things are often hard to decipher, but he wrote that “We have come to take democracy for granted” and explicitly called for more “civic education.” What do you make of that? Do you think he was quietly speaking to Trump?

I think he was speaking to many constituencies in that report: the public most broadly, fellow judges, and Trump, too. Even before Trump came into office, Roberts was concerned about the judiciary becoming entangled in politics. “We don’t work as Democrats or Republicans,” he has said repeatedly. Since Trump took office, that message has taken on more urgency. Think of the chief’s rebuke of Trump over the so-called “Obama judge” in November 2018.

Roberts’s role in the Senate impeachment trial is largely ceremonial, but if circumstances force him to get involved, how do you expect him to handle it?

Under the Senate rules, he could be asked to rule on the relevance and materiality of evidence. I think he will try to avoid any decision that influences the direction of the trial and whether Trump is acquitted or convicted.

He would want Mitch McConnell and Chuck Schumer to work out what they can, as Trent Lott and Tom Daschle did in 1999. We’re not in 1999, of course — things are far more polarized — but as much as he can do it, I believe Chief Justice Roberts will relay anything substantive to a vote of the Senate and majority will.

What role is do you expect him to play in the Senate impeachment trial? Do you think he’ll be fair and impartial?

I think he will enter the chamber on Tuesday intent on being fair and impartial and signaling in every way that he is both objective and detached from the Senate as the true decision-maker here. Remember, the senators are sitting as the “court” in this instance.

The chief justice works in a world far from television cameras. Many people watching the Senate trial will be seeing him in action for the first time. He will try to set a sense of decorum and avoid anything that would put him or the Supreme Court in a bad light.