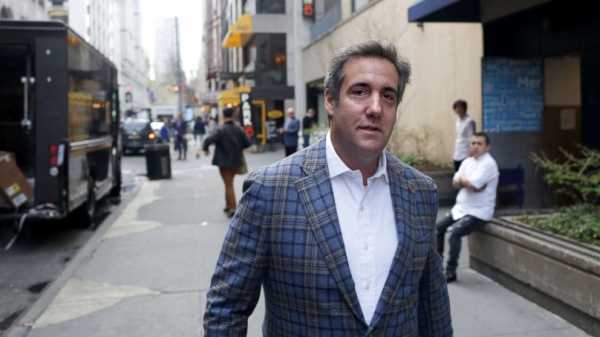 Among those photographed sharing cigars with Cohen outside his Upper East Side hotel on Friday were two men who appeared to be Rotem Rosen and Jerry Rotonda as identified by ABC News. Rosen and Rotonda are co-founders of a Manhattan-based real estate group called MRR Development. 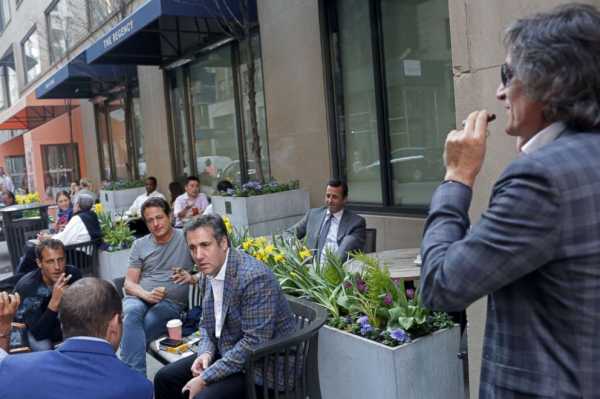 Yana Paskova/Getty ImagesMichael Cohen, center, chats with friends near the Loews Regency hotel on Park Ave, April 13, 2018, in New York. Two of the men appear to be Rotem Rosen and Jerry Rotonda. ABC News was not able to identify the other men pictured.

ABC News was not able to identify the other men surrounding Cohen in these images.

The two men have surfaced repeatedly on the periphery of Donald Trump’s social and business circles and have been recurring characters in the cast that surrounded the future president before he moved to the White House.

In 2007, Rosen, an Israeli-American businessman, married the daughter of Alex Sapir, who developed the Trump SoHo building in Manhattan, at Donald Trump’s Mar-a-Lago resort, according to reports from the time. A year later, an invitation to their son’s bris ceremony included Donald Trump and Jared Kushner on the guest list.

In 2013, Rosen attended the infamous Miss Universe Pageant in Moscow. A photograph taken at the pageant shows Rosen alongside Trump. 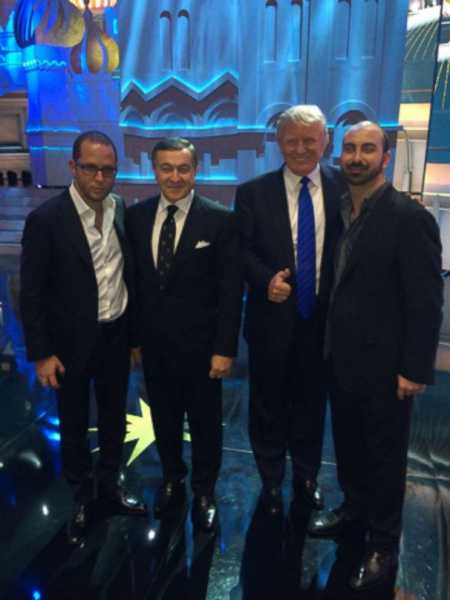 Jerry Rotonda is a former Deutsche Bank executive who served as CFO for the company’s wealth management division.

Though it is unclear whether Rotonda had any direct involvement in business deals with Trump, Deutsche Bank has backed Trump development projects. Deutsche Bank lent the Trump Organization more than $300 million for real estate transactions before Trump became president, ABC News has previously reported. The bank helped finance a number of Trump’s high-profile developments, including the renovation of the Old Post Office in Washington, the purchase of the Doral golf course in Florida and the construction of an office building in Chicago.

In December of 2017, ABC News reported that the special counsel Robert Mueller had sent a subpoena to Deutsche seeking records.

“Deutsche Bank takes its legal obligations seriously and remains committed to cooperating with authorized investigations into this matter,” a company statement said at the time. Trump’s legal team disputed reports the subpoena is related to the president.

According to public records and confirmed by a source close to him, Rotonda lives in Trump World Tower in Manhattan – where Michael Cohen has served on the Board of Directors.

Cohen, who served as President Trump’s personal attorney for over a decade, has been under criminal investigation for months, federal prosecutors in New York said in court documents obtained by ABC News.

The investigation is largely focused on his personal business dealings, though prosecutors did say in those court documents that they have already secretly obtained search warrants for various email accounts associated with Cohen and found no messages between him and the president.

On Monday, a federal judge rejected efforts by President Trump and his personal attorney to keep law enforcement from accessing records seized in the Cohen raids last week.