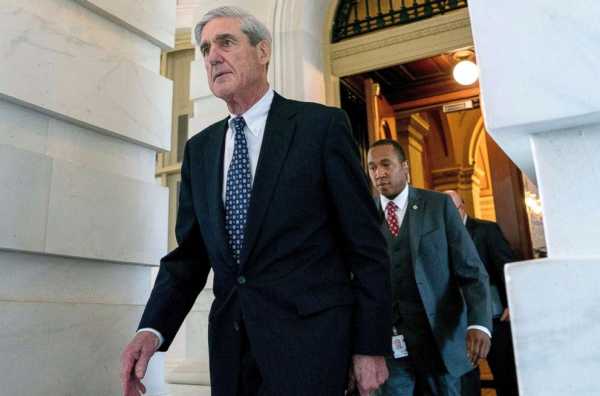 Corallo quit partly because he was concerned that some in President Trump’s camp were looking to unearth negative information about Mueller in a hunt for potential conflicts of interest, the sources said.

And Mueller’s interest in Corallo, six months after his resignation, according to one source, may have been sparked by explosive accusations in Michael Wolff’s new book, “Fire and Fury,” which portrays Corallo as being concerned about the president’s role in helping to write a misleading statement about the nature of the June 2016 Trump Tower meeting between Trump campaign officials and a Russian lawyer promising dirt on Hillary Clinton.

With help from the president and other White House officials traveling back from the G-20 summit aboard Air Force One, Donald Trump Jr. initially told reporters in a statement that the meeting was “a short introductory meeting” where participants “primarily discussed a program about the adoption of Russian children.”

Once the news broke that the younger Trump took the meeting after a promise of political dirt, Wolf writes, Corallo “was instructed not to speak to the press, indeed not to even answer his phone. Later that week, Corallo, seeing no good outcome—and privately confiding that he believed the meeting on Air Force One represented a likely obstruction of justice—quit.”

Two days after the story broke, the president’s son released a revised statement to the media, saying, “The information they suggested they had about Hillary Clinton I thought was Political Opposition Research…I decided to take the meeting. The woman, as she has said publicly, was not a government official.” Trump, Jr., added that the Russian lawyer “had no information to provide and wanted to talk about adoption policy and the Magnitsky Act. To put this in context, this occurred before the current Russian fever was in vogue.”

That night on Fox News’ Sean Hannity’s show, Donald Trump Jr. conceded, “In retrospect, I probably would have done things a little differently.”
Several weeks later, White House spokesman Sarah Sanders confirmed the president’s personal involvement in his son’s misleading statement, saying, “The president weighed in, as any father would, based on the limited information that he had.”

The attempt to interview Corallo, an insider, is one of the first clear signs that Mueller wants more details about the circumstances of that Air Force One meeting.

The White House did not respond to a request for comment on the news of an impending Corallo interview.