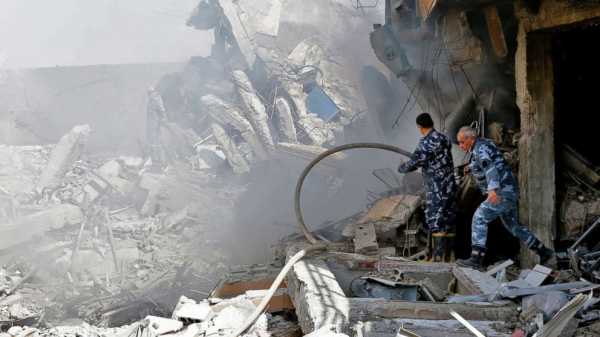 Sanders continued: “they came to destroy critical infrastructure of chemical weapons in Syria, and they did just that. And they also send a clear signal to Syria, Russia, Iran, when the President has the red line, it will apply it,” she said, referring to the “red line administration” against the use of chemical weapons. 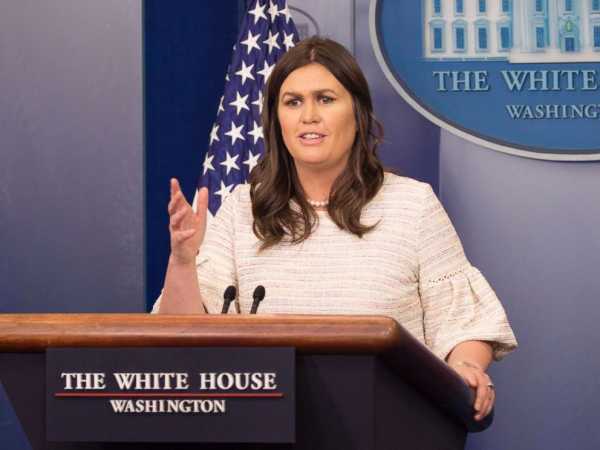 Asked Stephanopoulos if the President, Donald trump is scheduled to speak on his earlier announcement to end the US presence in Syria, Sanders said that the United States has three objectives in Syria: to defeat ISIS, containing Iran, and ending the use of chemical weapons.

“We must stop the spread and use of mass chemical weapons,” she said.

Trump, announcing the airstrikes on Friday said that Iran and Russia, supporters of Syrian President Bashar al-Assad that “both governments have the primary responsibility for supporting, equipping and financing of the criminal Assad regime”.

“What nation wants to be associated with the mass murder of innocent men, women and children?”, – the President said. 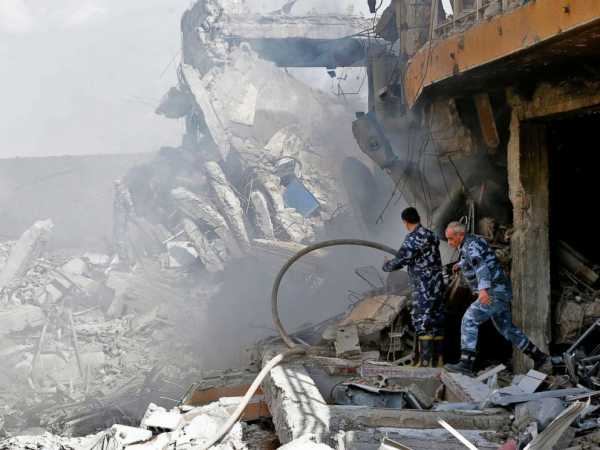 Louai Bishara/AFP/Getty ImagesSyrian soldiers inspect the wreckage of the building described in the context of scientific studies and research center (Khrunichev) connection in Barzeh, North of Damascus, Syria, April 14, 2018.

Russia and Syria deny using chemical weapons the Assad government in the civil war in the country.

But the report issued by the White house on Saturday, hours after a missile strike on Syria, said: “the United States assesses with confidence that the Syrian regime used chemical weapons in the Damascus suburb of East [Duma] on April 7, 2018, the murder of dozens of men, women and children, and seriously injuring hundreds more.”

The Chairman of the joint chiefs of staff General Joseph Dunford said during a briefing at the Pentagon with Secretary of defense James Mattis, came under attack and “destroy” three goals “was specifically related to the programs of the Syrian regime of chemical weapons”. Three goals was the scientific research center near the capital, chemical weapons storage sites and chemical weapons equipment storage.