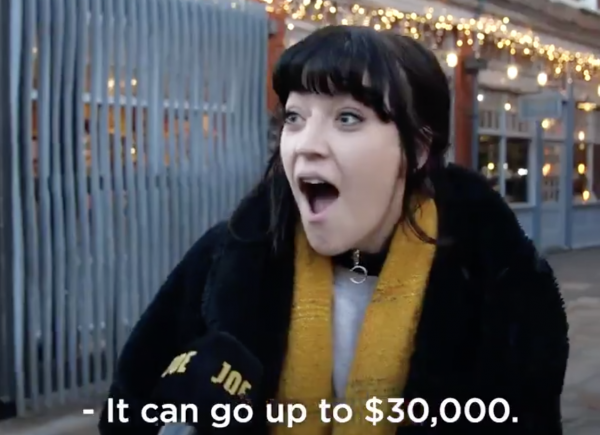 People in Great Britain find it literally unfathomable how much health care can cost in the United States. $250 for an inhaler? The young woman looks aghast.

The same exasperation recurs again and again in this video from JOE, an online news site for young millennials in the UK and Ireland. $600 for an EpiPen? Unimaginable. $10,000 to give birth to your baby?! For a baby?!? $40 to have skin-to-skin contact with your newborn baby after you do?!?!?

“If you don’t have money, you’re fudged,” the same young woman concludes.

The immediate context for this bit of viral content (which has a clear point of view, as you can tell from the tweet and the “Fuck Trump!” peppered in at the end) is the reports that the American pharmaceutical industry wanted President Donald Trump to use the specter of Brexit and new trade negotiations between the UK and US to open up the British market to US health care companies.

Trump himself had suggested the same, but Prime Minister Boris Johnson said recently that his country’s National Health Service would not be on the table in any upcoming trade talks.

But even if that issue is moot, it’s true the United States spends a lot more money on health care than any other country because the prices for medical services are so much higher here.

First, on aggregate spending, the United States, with our public-private patchwork of a system, spends more than twice as much money per person on health care than the United Kingdom. The UK has both nationalized health insurance (meaning everybody is covered by a government plan) and a nationalized medical sector (meaning most hospitals and doctors are owned by or employed by the government, too). 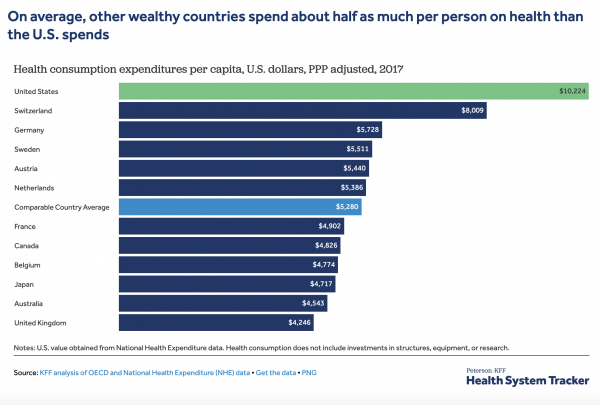 The prices for individual services or treatments in the United States are correspondingly far above what other wealthy developed nations pay, including the UK. In Britain, because the government covers everyone and employs the providers, it has broad authority to set rates. The Brits have developed sophisticated metrics for evaluating the value of medical services based on how much they will improve patients’ quality of life. That’s the standard by which a price is set, not whatever the market will bear. 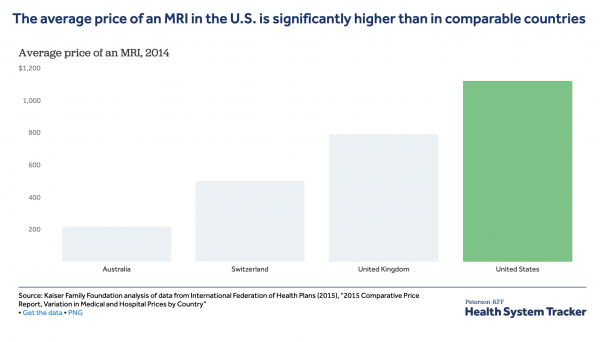 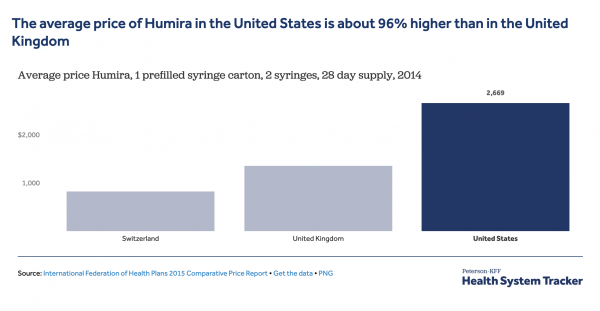 And yet for all the money United States pays for our health care, we still trail our economic peers in an advanced metric known as mortality amenable to health care. It measures how well a health system does in preventing deaths that should be avoidable with access to quality health care. 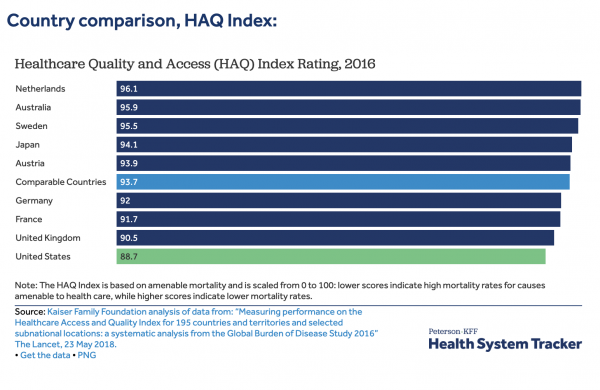 So the flummoxed faces in that JOE video aren’t just a bunch of Brits having a laugh at their Yankee cousins — they reflect the astonishing degree to which Americans has fallen behind in providing affordable health care to its citizens.