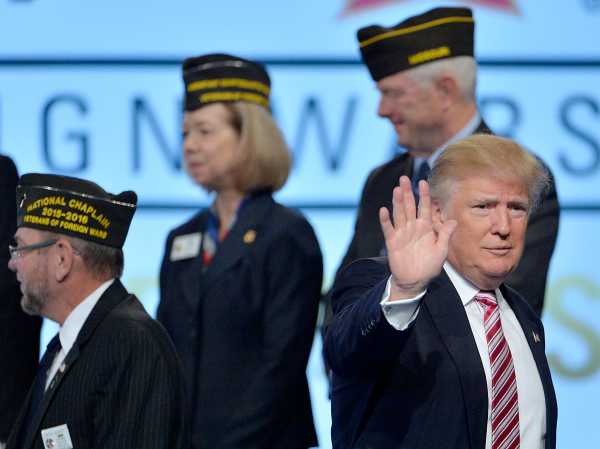 The federal government’s top consumer watchdog has decided it no longer needs to proactively supervise banks, credit card companies, and other lenders that deal with members of the military and their families to make sure they’re not committing fraud or abuse.

Critics, baffled by the decision from the Consumer Financial Protection Bureau, say it will put service members in the claws of predatory lenders and put their careers and livelihoods — and potentially US national security — at risk.

Now the agency, under interim Director Mick Mulvaney, is planning to end its use of these supervisory examinations of lenders, according to recent reports from the New York Times and NPR. Instead, the bureau will only be able to take action against lenders if it receives a complaint.

The agency says the rule change is simply an effort to roll back the agency’s overly aggressive practices under its first director, Richard Cordray, and isn’t technically part of the law, anyway. Consumer protection advocates and other critics say it’s an unnecessary move that will ultimately harm members of the United States military who are often disproportionately targeted by payday lenders and other lenders that charge exorbitant interest rates and fees.

“This is akin to removing your sentries from guard posts on military compounds. If you do that, you’ll have the expectation that the bad guys will try to penetrate your compound and will probably be successful,” retired Army Col. Paul Kantwill, who recently left a position at the consumer protection agency, told me. “That’s exactly what this type of action would result in.”

This is part of a broader effort by Mulvaney to roll back protections at the CFPB. A longtime opponent of the bureau’s mere existence, the former South Carolina Congress member has sought to scale back its reach and authority since taking over.

Members of the military are particularly vulnerable to predatory lenders

Members of the military are often disproportionately targeted by predatory lenders — financial institutions and other creditors who convince borrowers to accept unfair terms to get a loan, lie to them or coerce them, or give loans out to people they know won’t be able to pay them back. Service members are often young and financially inexperienced, with little to no credit. The Times notes that Department of Defense studies over the past decade have found that service members, their families, and veterans are four times as likely to be targeted by predatory lenders.

The Military Lending Act, passed in 2006 with bipartisan support, was meant to address this problem by creating new protections for members of the military. In 2007, the Department of Defense put together the first set of rules implementing the law. Initially, they were rather skeletal — they covered payday, vehicle title, and tax refund anticipation loans and were aimed at taking out the most egregious lenders. Then in 2013, more rules were implemented to cover more financial products, including credit cards, and in 2015, the Defense Department published more revisions, including supervisory responsibilities for the CFPB.

As it stands, the Military Lending Act outlines guidelines for lenders: They can’t charge military members an annual interest rate of more than 36 percent; they can’t push them into forced arbitration; they can’t require them to allot portions of paychecks to pay back their loans; and creditors can’t charge a penalty for early payment.

“This should be a unified front that you’re not going to be setting up predatory shops or exploit loopholes for deployed folks,” Patrick Murray, the associate legislative director at Veterans of Foreign Wars of the United States, said. “They’re out there doing some pretty tough work.”

Until now, the CFBP — which has supervisory authority over products that it decides could pose a risk to consumers — has been able to undertake proactive, supervisory examinations of lenders to make sure they’re complying.

Proponents of the system say it’s worked out well. The agency says it’s delivered more than $130 million in relief to service members since 2011 and handled more than 71,000 consumer complaints from them and their families. It has also taken enforcement actions after discovering lenders that broke the law.

Getting rid of the proactive examinations is “literally going to be putting service members back in the crosshairs of predatory lenders,” said Scott Astrada, the federal advocacy director at the consumer advocacy group the Center for Responsible Lending.

The bureau will still take complaints from military members and those who believe they’ve been victims of abuse made on its website or hotlines. But it won’t be supervising lenders proactively to make sure they comply.

That, experts say, could have harmful consequences for military service members and their families. It could leave them vulnerable to predatory and deceptive practices that ultimately land them in hard-to-escape debt cycles that result in service members getting in so much debt that they lose their security clearances, are kicked out of the military, or even, in the most dire cases, court-martialed.

“Focus on enforcement, only, may mean that a military family has already suffered harm, a security clearance may have been lost, a career has been jeopardized” before some sort of compensation takes place, Kantwill said.

He added that CFPB supervision is good for both the military and lenders, whom it helps to comply with the law before complaints are launched. In fact, many of the enforcement actions taken by the bureau on this front came before supervisory examinations were enacted.

Besides the possible changes under the Military Lending Act, NPR reports that the Trump administration has also proposed changes that could open up service members to predatory practices when they buy cars. The administration has proposed easing restrictions on “gap insurance,” an add-on to car insurance that covers the difference between the amount a car owner owes on the car and the car’s actual cash value.

Gap insurance is typically available from regular insurance companies for a very low price, as little as $20 to $30 a year, but car dealers often mark it up by hundreds of dollars. Current rules effectively block auto dealers from tacking on overpriced gap insurance to military service members, but the administration has sent a proposal to the Defense Department looking to revise the rules. (If the proposal does eventually make it out of the Defense Department, it will ultimately require the approval of the Office of Management and Budget, which Mulvaney also heads.)

“If they’re trying to roll back those types of protections, we are absolutely going to raise hell about that,” Murray, of the VFW, said. 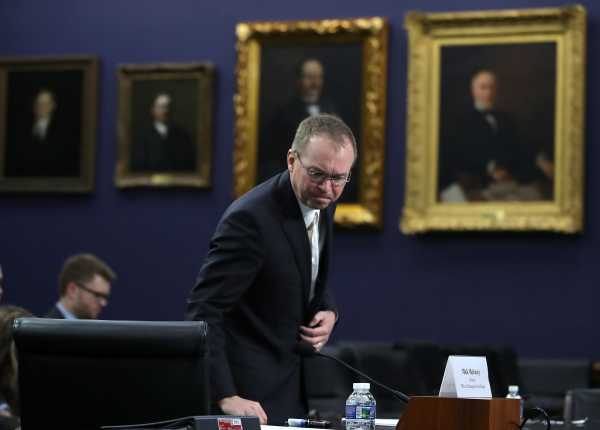 Since becoming interim director of the CFPB in November 2017, Mulvaney, who is also the director of the Office of Management and Budget, has undertaken a number of efforts to roll back the bureau’s role in enforcement and oversight. He has eased restrictions and dropped enforcement actions, dismantled advisory boards to the bureau, and even gone as far as to try to change the agency’s acronym. (He’s also been kinder than his predecessor to the payday lending industry than his predecessor, members of which donated to his past congressional campaigns, though last week he did take action against one company.)

Mulvaney claims he’s simply following the law. He says he will go as far as stipulated under the Dodd-Frank Act, the landmark financial regulation law that set up the bureau, and under other regulations, but no further.

According to NPR, the bureau says it doesn’t have the legal authority to actively seek out violations of the Military Lending Act and will ask Congress to give it express permission to do so.

“Under new leadership, the bureau has engaged in a comprehensive review of its activities and is assessing whether those activities align with its statutory authority. MLA is one authority, among many, that the bureau has examined,” CFPB spokesperson John Czwartacki said in an emailed statement. “The bureau expects to convey its findings to Congress and to seek legislative clarity where warranted.”

Critics of the latest move point out that there haven’t been legal challenges to the CFPB’s supervision under the military lending law in the past.

“This is the first time this has ever been raised as an issue to us, and it seems the prior administration had found that it had all the authority it needed to protect service members,” a Democratic congressional aide, who asked not to be named in order to speak freely about the matter, told me. “This is a little odd that this administration is saying there isn’t enough authority.”

Meanwhile, all of this is unfolding as Congress considers a nominee to head the consumer protection agency — and Democrats have seized on it to argue that the Trump administration is harming the troops.

“There is clear, bipartisan support in Congress to protect military families, and it is unfortunate that the Trump Administration seems more interested in defending sketchy lenders than the men and women who defend our nation,” Sen. Jack Reed (D-RI), one of the bill’s co-sponsors, said in an emailed statement.

Reed, a former member of the military himself, pressed Kathy Kraninger, Trump’s nominee to become permanent director of the CFPB, on the Military Lending Act and the bureau’s role in enforcing it during her confirmation hearing before the Senate in July. She repeatedly said she is committed to enforcing and following the law — a line not so different from that being used by Mulvaney, that he’s just doing what the statute says and no more.

Whether Kraninger or Mulvaney is in charge of the CFPB might not make a difference if she believes, as Mulvaney does, that supervision is not part of the bureau’s mandate under the Military Lending Act.

Murray, from the VFW, said he hopes that shining a light on what the administration is considering right now will cause it to reverse course. “It seems like it’s a behind-the-scenes effort to do these things until they get pointed out,” he said.

President Donald Trump and Vice President Mike Pence traveled to Fort Drum in New York on Monday, where they addressed troops and celebrated the signing of the National Defense Authorization Act. Trump promised to “strengthen our military like never before.”

Sen. Reed weighed in on the juxtaposition on Twitter, calling it “shameful.”