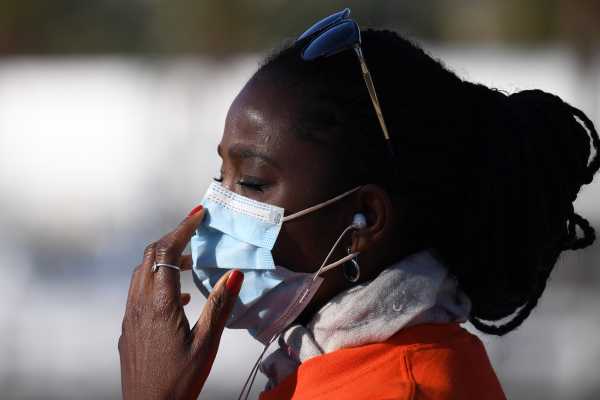 Trump administration officials — including President Donald Trump himself — have increasingly begun to recognize the fact that black Americans are dying of Covid-19 at a greater rate than Americans of other ethnicities. But in attempting to explain why, the president and top officials are taking a narrow view of the problem — and one that ignores the many ways the Trump administration has helped make black Americans uniquely vulnerable to the coronavirus.

“We’re seeing tremendous evidence that African Americans are affected at a far greater percentage number than other citizens of our country,” Trump said at his daily coronavirus press conference Tuesday. “But why is it that the African American community is so much, numerous times more than everybody else? We want to find the reason to it.”

Three administration officials — director of the National Institute of Allergy and Infectious Diseases Dr. Anthony Fauci, Secretary of Housing and Urban Development Ben Carson, and Surgeon General Jerome Adams — gave the same hypothesis for why this is Tuesday: That the health of black Americans is worse than the health of other Americans.

“One of the things we know, in the African American community, there is a higher incidence of hypertension, a higher incidence of diabetes, asthma, and many of the underlying conditions that we associate with a higher mortality rate,” Carson told Fox News’ Dana Perino’s Tuesday. “It is one of the reasons that we really need to concentrate seriously on this particular population when it comes to health in general. Because it will exacerbate anything that comes along, including something like this virus.”

Fauci gave the same assessment during the press conference, and added, “We’re very concerned about that. It’s very sad. It’s nothing we can do about it right now except to try and give them the best possible care to avoid those complications.”

In the immediate future, this is true. But there are things the Trump administration could do now — and could have done during its first three years in power — to broadly improve health outcomes for black Americans, and to reduce their risk of dying due to the virus.

As Fabiola Cineas has explained for Vox, black people in the US are dying due to the coronavirus at higher rates than others:

There are a few things the Trump administration could do right now to try to reduce these numbers.

The president has been hesitant to centralize the US’s coronavirus response, instead arguing that each state must look out for itself, and call upon the federal government only as a last resort. But taking a more active role in managing resource allocation and in data collection would allow the federal government to have a better and more granular understanding of how various populations are affected — and say, whether black Americans across economic groups are dying at higher rates, or those in select strata — and would allow it to send resources like masks and ventilators to states that have populations at greater risk of death.

States have already begun doing this themselves to some degree — Oregon sent New York equipment on Saturday, for instance — but the administration taking charge would allow for this redistribution of resources to be done more efficiently.

Such a strategy would also help ensure personal protective equipment is available to all of those who need it — certainly those in the healthcare sector, but also other essential workers, like employees of grocery stores. At least four grocery store workers have died due to Covid-19, and at least three of those workers were black.

Trump has spoken at a number of his press conference about his warm relationship with industry leaders, including those in the grocery sector, and could — if he has not already — work to leverage those relationships into advocating for greater protections for those workers like those some stores, including Walmart and Kroger, have begun to institute.

And while Trump does not have control over these companies, he could ensure greater protections for White House staff; for instance, a number of images have shown White House custodial workers cleaning the Brady Briefing Room where most of the president’s coronavirus daily press briefings are held. All of the photos show workers — most of whom appear black — doing the work with limited PPE; with gloves, but no smocks or masks. 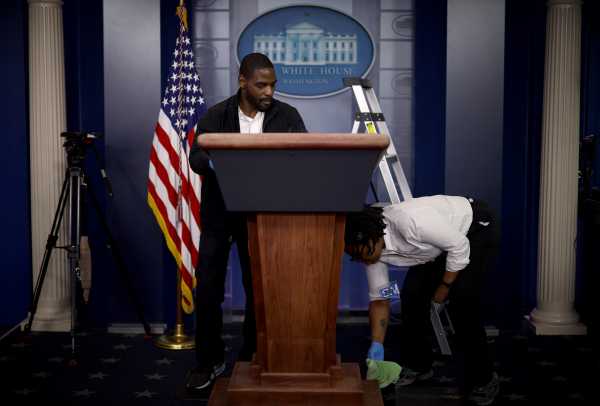 Policy-wise, the president could take a number of actions as well. He could endorse congressional efforts to ensure essential workers receive hazard pay — essential workers receiving higher wages while well could help making the choice easier of whether to work while feeling ill, potentially sickening others, or stay home. And he could also help expand access to healthcare — reopening the Obamacare exchange, dropping its support for Medicaid work requirements, and reversing plans to allow Medicaid spending caps.

Broadly, there are systematic problems underlying the issues Fauci and Carson identified Tuesday, something Adams — who is black — has spoken to.

“I’ve shared myself personally that I have high blood pressure,” Adams said Tuesday. “I have heart disease and spent a week in the ICU due to a heart condition, that I actually have asthma and I’m prediabetic, and so I represent that legacy of growing up poor and black in America.”

Trump often blames the federal government’s inability to provide states with badly needed resources on past presidents, saying he inherited a “broken system.” That is not true, but it is true he inherited the broken system of the legacy Adams is speaking of here, and has in many ways made it worse.

The administration has rolled back dozens of environmental regulations meant to ensure air and water quality remain conducive to good public health, and has recently proposed changes that would relax environmental review requirements for building things like pipelines while telling polluters not to worry about violations of emissions standards during the pandemic. And as Vox’s Matthew Yglesias has explained, these rules could be a factor in high black deaths in the US:

This is also of note given Fauci and Carson cite asthma as an underlying condition that makes Covid-19 worse. Although scientists are still working to understand why black Americans are disproportionately affected by asthma, experts have noted environmental concerns, such as exposure to pollutants and allergens found in parts of cities typically inhabited by black Americans can trigger and aggravate asthma symptoms. Essentially, having access to clean air reduces asthma risk — and the administration could have done far more to reduce that risk.

Similarly, administration policies in housing have done little to help reduce asthma risk — a Department of Housing and Urban Development proposal rolled out in January would relax an Obama-era rule that required local governments to track and correct instances of bias in housing. Critics argue this rule would make it more difficult for black Americans to access fair housing and to leave areas with conditions that exacerbate conditions like asthma. And this is far from the first proposal housing advocates have argued disenfranchises black Americans and limits where they can live.

Policies such as these create greater Covid-19 risk, Cineas writes, because they make social distancing more difficult, as they restrict the ability of black Americans to find, rent, and buy places to live, leading to more multigenerational households. And, they increase both poverty and economic stress — home values in black neighborhoods remain lower than in neighborhoods that are predominantly white, making it difficult to leverage property to change one’s economic status, whether through renting, selling, or taking loans.

Much research has been done on the negative health effects of economic stress — and the Trump administration has arguably contributed to societal stress among black Americans as well, ending policies meant to ensure black Americans feel safer outside of their homes, from the Justice Department refusing to pursue new oversight of police departments accused of racial bias to the Department of Education discarding rules meant to ensure black students are not disciplined more harshly than white students.

Stress is an important thing to reduce because it is a factor in hypertension, another of the conditions Fauci and Carson noted is more common in black Americans and that can increase chances of morbidity with Covid-19. Other things that can cause the illness — as with diabetes — include a person’s diet, weight, and ability to exercise, and the ability to eat well and exercise can be limited by where that person lives.

Tuesday, Trump promised to do further study on how the coronavirus affects black Americans, and said more data will be available. But he would be wise to listen to something Fauci said that is something of a prescription for how his administration — and future ones — can better protect black Americans and other minorities from disproportionately falling victim to public health crises.

“Health disparities have always existed for the African American community,” Fauci added. “But here again with the crisis, now it’s shining a bright light on how unacceptable that is, because yet again, when you have a situation like the coronavirus, they are suffering disproportionately. … So when all this is over and as we’ve said it will end, we will get over coronavirus, but there will still be health disparities which we really do need to address in the African American community.”

And eliminating those disparities will require addressing what Fauci called “some of the real weaknesses and foibles in our society.”