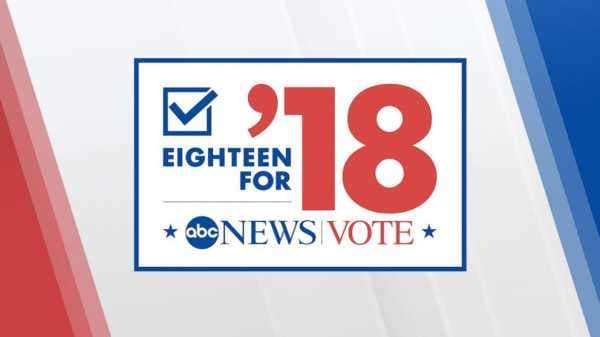 After the State of the Union glow faded in a showdown that put law enforcement and intelligence-gathering in an uncomfortable squeeze, this week is set to be dominated by talk of more memos and more shutdowns.

Who thinks this is the environment for a grand spending agreement, or a major compromise on immigration and the border wall? With the first primaries of 2018 just a month away, leaders in both parties are retreating to their partisan sides.

They’re finding company there – too much of it, perhaps. The latest ABC News/Washington Post poll shows the Democrats’ 14-point generic-ballot edge disappears in red territory; Democrats lead by 38 points in House districts they already hold, but trail by six in GOP-held areas.

The 2018 midterm campaigns are starting with both sides convinced they are on the right path – in large part because that’s what they’re hearing from the voters they tend to listen to.

With the party faithful increasingly dug in, one of the major questions in the 2018 cycle will be whether either party can expand its electorates.

Democrats in particular are banking on the heightened interest in politics around the country in the era of President Trump to translate into new votes for their candidates.

While that seemed to be the case in 2017, more establishment Democrats may still struggle to inspire those who have been uninspired in other, recent races. The first month of 2018 surely felt more unifying for the right.

It’s unlikely that playing a generic anti-GOP/Trump zone defense will be enough. Each race will be won or lost man to man, woman to woman. As the political trope goes: folks want to vote for something, not just against something. New voters’ preferences don’t always align with the instincts of party bosses, and successfully running up the score in select districts won’t secure a majority.

The TIP with Adam Kelsey

They aren’t allowed to call them rallies. According to one Republican campaign official in southwest Pennsylvania, that term is reserved for the president’s packed houses in the thousand-seat arenas and convention centers throughout the country.

Instead, Vice President Mike Pence’s appearance in the state’s 18th Congressional District last week was billed as a mere “event,” but one that signaled just how seriously Republicans are taking next month’s special election – one of ABC News’ “18 for ’18” races – and provided a preview of what Pence could offer on the road as he ramps up his participation in the party’s efforts to maintain control of Congress.

Unlike Trump, whose campaign stops can be a partially improvised whirling dervish of policy, braggadocio and insults, and whose presence might be toxic in some moderate districts, Pence mostly stuck to GOP talking points last Friday as he stumped for state Rep. Rick Saccone.

Like a political version of “good cop-bad cop,” Pence lavished praise upon the president and forcefully underscored the GOP’s tax-reform victory, while embodying the modesty and discipline that Trump often lacks, perhaps the combination that could be a winning formula as the party looks to rebound from their December embarrassment in Alabama, spearheaded by another loose cannon – Roy Moore.

With the loss still fresh in their memories, congressional Republicans may be opting for more “events” and fewer “rallies” as all eyes turn towards November.

“The goal here is to undermine the FBI, discredit the FBI, discredit the Mueller investigation, do the president’s bidding,” Rep. Adam Schiff, D-Calif., told ABC News Chief Anchor George Stephanopoulos on “This Week” Sunday after a GOP memo was released alleging abuse of government surveillance powers by the FBI and Justice Department.

Special election in red Pennsylvania district could be bellwether for 2018 midterms. A special election next month in a Pennsylvania district that went big for President Donald Trump in 2016 could provide early signs of whether Democrats can retake the House in November, or whether Trump supporters can help keep Republicans in power. (Quinn Scanlan) https://abcn.ws/2BVdrIn

Democrats, Republicans lead in their own strongholds: A key to midterm outcomes: Poll. The wide Democratic advantage in congressional vote preference comes entirely in districts the party already holds, raising questions about the extent of its possible gains in November. (Sofi Sinozich) https://abcn.ws/2BSN3z3

2018 gubernatorial races could provide 2020 snapshots. There are 36 states and U.S. territories holding gubernatorial elections this year and these races could be the biggest referendum of all on President Donald Trump’s presidency. https://abcn.ws/2ECwieg

House races offer Democrats best shot at claiming a chamber in Congress. Democrats want to take back at least one chamber of Congress this year, and the House of Representatives may be their best shot. https://abcn.ws/2EcfmNZ

In Senate race showdowns, tough odds for Democrats fuel Republican hopes. Republicans’ best chance of keeping control of one chamber in Congress most likely lies in the Senate. https://abcn.ws/2GLnzr9