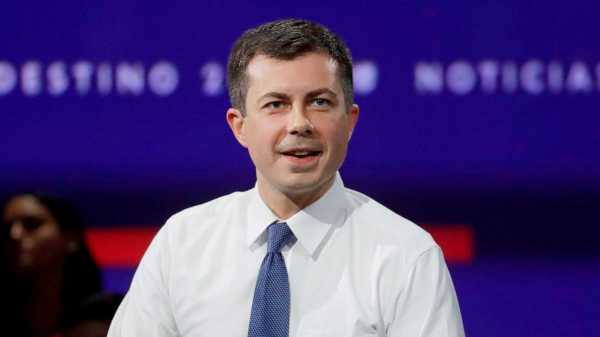 Add The Note as an interest to stay up to date on the latest The Note news, video, and analysis from ABC News.

Mayor Pete Buttigieg has done more than just earn “moments” on the campaign trail – including what looks like front-running status in Iowa.

But he doesn’t occupy his ideological space by himself. Buttigieg has company in a center that has been primarily the property of former Vice President Joe Biden to date.

Former Massachusetts Gov. Deval Patrick is officially in, promising a dose of unity in an era of divisions. Now comes Michael Bloomberg, who could be a candidate by the time much of the rest of the field assembles for the next debate on Wednesday.

Bloomberg appeared on Sunday at an African American church to apologize for the “stop-and-frisk” policy he championed – quite controversially – as mayor of New York City: “I got something important really wrong.”

In that same Des Moines Register poll that has Buttigieg in the lead over Sen. Elizabeth Warren by 9 points in Iowa, 63% of likely caucus-goers say it’s more important to nominate a candidate with a strong chance of winning than one who shares their positions on issues. An identical 63% say Buttigieg is “about right” on the issues, as opposed to too conservative or too liberal – the best of any candidate included in the survey.

If it’s about winning, Louisiana just reelected a moderate Democrat governor, less than two weeks after Kentucky elected a moderate over an incumbent Republican. President Donald Trump got heavily involved in both races, only to see his GOP candidates fall short.

It may be that the divisions laid bare by the impeachment push increase interest in moderate politics. A few candidates not named Biden are banking on that interest, at least for now. 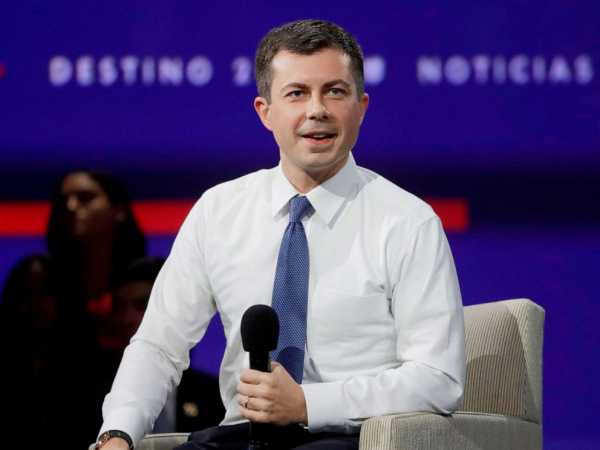 House teams not only continued their investigative work related to the impeachment inquiry over the weekend but crossed a new threshold.

During a closed-door session Saturday, they took testimony for the first time from an employee of the Office of Managment and Budget. As a senior career official, Mark Sandy worked directly for the office that would put a hold on the $391 million security assistance package that had been approved for Ukraine.

Also, over the weekend, House Democrats released the transcript of the testimony from another witness — the first member of Vice President Mike Pence’s team to cooperate. According to the transcript, Jennifer Williams listened to Trump’s call with Ukrainian President Volodymyr Zelenskiy and found the president’s reference to investigations into a potential 2020 political opponent and the 2016 election “unusual and inappropriate.” 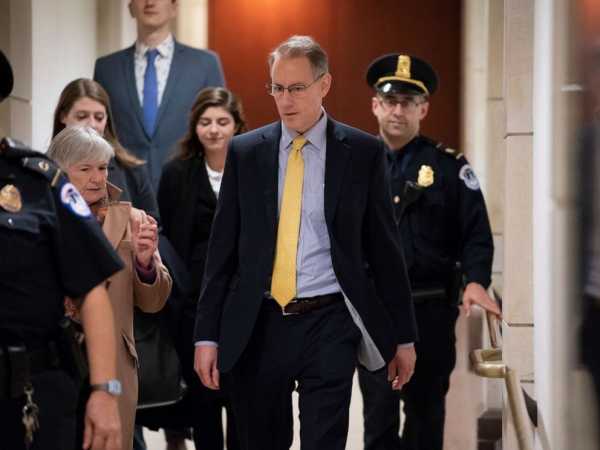 Mark Sandy, a career employee in the White House Office of Management and Budget, arrives at the Capitol to testify in the House Democrats’ impeachment inquiry.

Williams will testify in public Tuesday before the House Intelligence Committee, along with Lt. Col. Alex Vindman, the top Ukraine expert for the National Security Council who was also on the call between the two heads of state; Kurt D. Volker, the former United States special envoy to Ukraine; and diplomat Tim Morrison.

As Congress enters the second week of public hearings in the impeachment investigation, the latest ABC News/Ipsos poll suggests the public is increasingly concerned about the president’s behavior, with a majority of Americans saying they are both watching the hearings closely and that president should be impeached and removed from office.

The TIP with Molly Nagle

Former Vice President Joe Biden stayed relatively quiet last week as the first public impeachment hearings got underway, despite his name often being invoked. Back out on the trail this weekend, though, the former vice president tackled impeachment head on, and pointed to the week’s testimony to push back on Republican attacks on Biden’s son, Hunter, and if his work in the country impacted the actions Biden took as vice president.

“Everybody’s account including all the people who testified in his administration and the Ukrainians had said, ‘Biden did a great job for us, did the position in the United States of America as well as Europe and all our allies,'” Biden told the crowd at his Las Vegas town hall Saturday night, before laying out the allegation that Trump withheld military aid from Ukraine as leverage to secure an investigation into the Bidens. 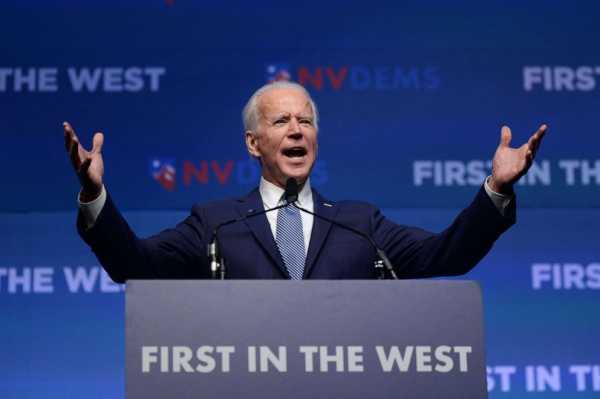 As Biden tries to keep the focus on Trump and off questions about his family, he’s also questioning the conventional belief that passing articles of impeachment in the House will lead to a dead end in the Senate — suggesting that as the public learns more, Republican senators will begin to feel the pressure.

“I’m not so sure the Senate is not gonna hold a real trial. They may not — everybody says it doesn’t matter, they’re not going to convict. Well guess what? As the American public learns more information will find it it’s going to have an impact on what their constituency’s say to them,” Biden said.

New polling may back up Biden’s bold prediction. Following week one of the public hearings, a slim majority of Americans, 51%, now believe Trump’s actions tied to Ukraine were wrong and he should be impeached and removed from office, the new ABC News/Ipsos poll finds. While one-in-three American held that belief prior to learning of the Ukraine controversy, the poll also found a whopping 70% of Americans believe Trump’s actions related to Ukraine were wrong, as week two of hearings is about to get started.

Two members of the House Intelligence Committee — one Democrat and one Republican — came on ABC’s “This Week” to discuss last week’s impeachment hearings: Rep. Chris Stewart, R-Utah, said the evidence against Trump was “crumbling” and that Democrats “keep moving the goalposts.” Rep. Sean Patrick Maloney, D-N.Y., in response, said of Trump’s alleged actions, “That is solicitation of a bribe and that is an impeachable offense listed in the Constitution.” Read more from the segment.