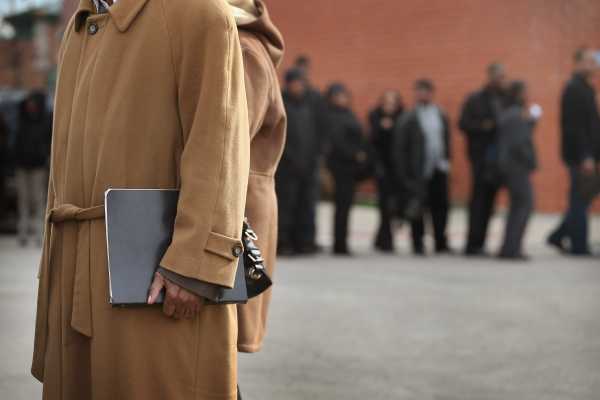 The black unemployment rate has fallen below 6 percent for the first time, setting a new record that suggests progress is being made toward closing a longstanding employment gap between blacks and whites — but also offering a reminder that there’s a long way to go before it disappears completely.

The new figures from the Bureau of Labor Statistics pegged the black unemployment rate in May at 5.9 percent, breaking a record set just one month earlier, when the rate was 6.6 percent.

It’s the lowest number ever recorded since BLS began breaking down the numbers by race in the 1970s. The overall unemployment rate also declined to 3.8 percent, something President Trump subtly — and controversially — celebrated over Twitter before the numbers were even officially released.

The unemployment numbers are often volatile, particularly the black unemployment rate, which hit a low of 6.8 percent in December only to climb nearly a full point a month later.

Trump has spent months boasting that black unemployment has fallen during his presidency, pointing to the numbers as proof his policies are benefiting all Americans and to try to deflect the accusations of racism and bigotry that surround him and his administration. His son Donald Trump Jr. immediately did so again today.

As I’ve written before, Trump’s claims about the black unemployment rate are somewhat misleading. While it’s undeniable that the rate has hit a new low, it is also true that black unemployment began declining during the Obama administration and has been falling steadily for the past several years.

Trump hasn’t reversed those gains, but that doesn’t mean he can claim full credit for them either.

Historically, black unemployment rates have typically been much higher than that of other groups, and often double that of whites.

That pattern largely held true in May, with the 5.9 unemployment rate for blacks remaining higher than that of Hispanics (4.9 percent), Asians (2.1 percent), and whites (3.5 percent).

The reasons for the black-white employment gap are complicated, and research suggests that there’s no single cause. A common argument is that the effects of racial bias and discrimination play a role in hiring, causing African Americans to be passed over for jobs. Others point to the differences in education levels between white and black people as a factor, although studies have shown that black college graduates have the same chance of getting a job as a white person with less education.

Meanwhile, a June 2017 paper released by the Federal Reserve found that black and Hispanic Americans are more likely to lose jobs than whites, leaving more of them at least temporarily unemployed.

There’s also the issue of exactly how many African Americans might be missed in the unemployment numbers altogether. The BLS figures usually focus on those who are not employed but are looking for work, a number that does not include those who have stopped seeking employment. Unemployment numbers also fail to count incarcerated people, and it is likely that black unemployment in particular would be much higher if they were included.

All these factors mean it’s probably best to take the black unemployment rate numbers with a grain of salt. As Janelle Jones, an analyst with the Economic Policy Institute told me in January, “We don’t get to set a very low bar for economic success for black workers and then applaud ourselves when we reach it.”