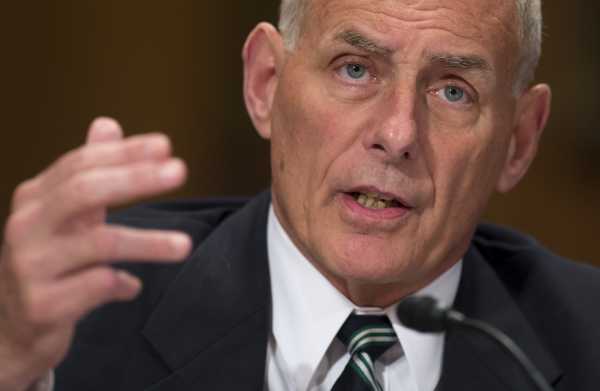 This week, Kelly defended staff secretary Rob Porter — even speaking to his character, calling him a “man of true integrity and honor” — after credible allegations of domestic violence made by Porter’s former wives became public. Kelly now finds himself under fire for keeping Porter on for so long, and for giving him increasing responsibility despite an ongoing FBI investigation into his behavior.

Back in 2016, Kelly did something similar. He appeared as a character witness for a former Marine colonel charged with sexually harassing a female subordinate. The colonel even went so far as to ask the woman to destroy evidence of their communications and was also charged with driving drunk to his own arraignment hearing.

That Marine colonel, Todd Shane Tomko, was the former commander of the Marines’ Wounded Warrior Regiment, but according to his defense attorney and to Chief of Staff Kelly and other character witnesses at his court-martial, he had spiraled rapidly as a result of post-traumatic stress disorder.

After serving two months of jail time in the summer of 2016, Tomko was arrested again in 2017 on seven felony warrants and charged with “indecent liberties with a child,” with some allegations going back as far as 2002 and involving three separate victims.

Kelly, it seems, is facing questions over not just one bad call about a man’s character, but at least two.