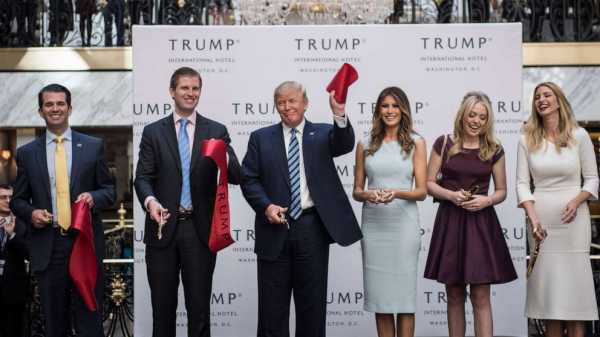 Ethics watchdogs wasted no time sounding the alarm on President Donald Trump’s involvement in the decision to host next year’s G-7 summit at his Trump National Doral Golf Club in the Miami area, which White House acting Chief of Staff Mick Mulvaney announced this week.

Mulvaney defended the move at a rare White House press briefing on Thursday by claiming that “there is no profit here.” Pressed about the brand visibility offered by hosting the G-7, Mulvaney said “Donald Trump’s brand is probably strong enough as it is.” 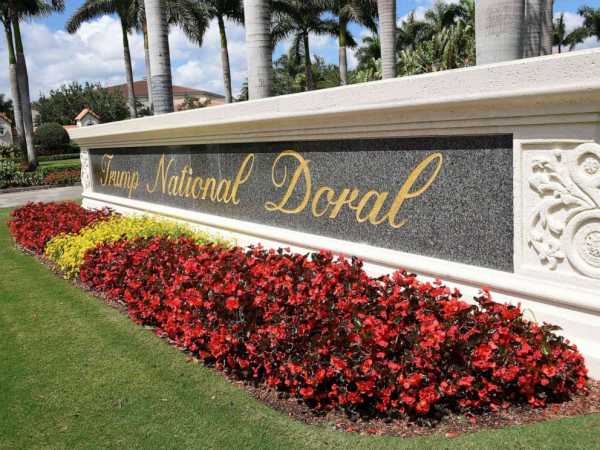 In this April 3, 2018, file photo, a view leading into Trump National Doral is seen in Miami, Fla.

That didn’t stop the nonpartisan watchdog group Citizens for Responsibility and Ethics in Washington (CREW) from accusing the president of using the federal government “as a public relations and marketing subsidiary of the Trump Organization.”

(MORE: Congressional Democrats issue 1st round of subpoenas in emoluments suit against Trump) 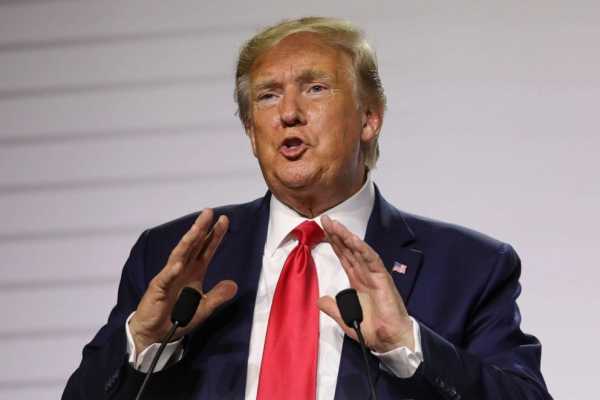 Here is the latest in two ongoing lawsuits targeting the president over possible violations of the Constitution:

A case brought in 2018 by more than 200 congressional Democrats is moving forward in the D.C. Circuit Court of Appeals.

In court filings, the lawmakers argued that Trump “has a financial interest in vast business holdings around the world that engage in dealings with foreign governments and receive benefits from those governments.”

“By virtue of that financial interest,” the lawmakers claim, “[Trump] has accepted, or necessarily will accept, ‘Emolument[s]’ from ‘foreign State[s]’ while holding the office of President of the United States.”

The Democrats argue that under the Constitution, Congress must consent to all foreign payments — or emoluments – Trump’s businesses earn. The lawmakers are suing for standing to sign off on any foreign business conducted by any of the president’s entities.

Last month, the two Democrats leading the charge, Sen. Richard Blumenthal, D-Conn., and Rep. Jerry Nadler, D-N.Y., announced that they had begun issuing subpoenas as part of the discovery process. 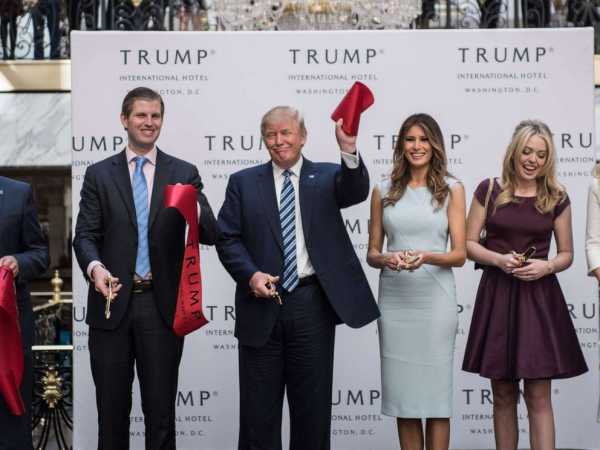 Justice Department attorneys representing the president asked the court to pause their compliance with the subpoenas pending an appeal, which the judge granted ahead of the Trump Organization’s deadline to hand over records.

On Thursday, Blumenthal announced on Twitter that the lawmakers would attach the decision to host the G-7 meeting at Doral to their suit.

The second lawsuit brought by the attorneys general of Maryland and Washington, D.C., sputtered to a halt last month when a panel of federal appeals court judges threw out their case, which accused the president of illegally profiting from his Trump International Hotel in D.C. by accepting money from foreign governments.

But on Tuesday, plaintiffs in the case earned a victory in the Fourth Circuit Court of Appeals when judges granted the attorneys general an appeal before the entire panel.

“We look forward to arguing our case before the full panel to stop President Trump from violating the Constitution and profiting from the presidency,” read a statement from the attorneys general.