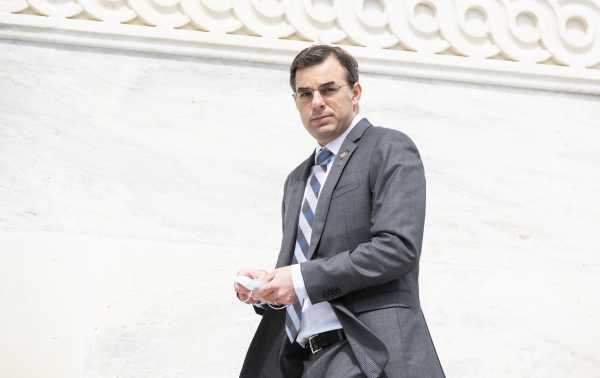 Rep. Justin Amash, the independent Michigan congressman who said in April he was considering running for president as a third party candidate, has announced he’s decided not to pursue a bid for the White House.

“After much reflection, I’ve concluded that circumstances don’t lend themselves to my success as a candidate for president this year, and therefore I will not be a candidate,” he tweeted Saturday.

Amash had said last month that he was seeking the Libertarian Party’s nomination, and that he’d pursue the White House to be a “principled president who will defend the Constitution and put individuals first.”

It was a decision that, as Vox’s Jane Coaston explained, brought an “angry response” from a number of groups concerned Amash would draw just enough votes away from their preferred candidate to cost him victory — as well as some concern from libertarians:

When Coaston asked Amash about this less than stellar reception, he emphasized that he believed the presidential race needed a candidate with “the practical ideas I’d bring to the table,” and that he could bring a vision of government people were hungry for.

“People are being left behind,” he told Coaston. “They don’t feel like they’re being treated fairly. They want to be treated with respect. And right now we have a government that doesn’t do that, and people have an opportunity in this election to change that.”

But since speaking with Vox, Amash has decided that the timing wasn’t right. And a lot of that has to do with the coronavirus pandemic.

In a series of tweets, he explained that several factors contributed to his decision to drop his exploration of a bid for the White House, including polarization in the media environment, the challenges of fundraising during an economic crisis, and an increased dependence on media appearances due to social distancing.

Amash also suggested the pandemic might make the public less interested in the unorthodox policy discussions that he planned to make central to his libertarian campaign.

“Today, most Americans are understandably more interested in what life will look like tomorrow than they are in broader policy debates, and news coverage has reflected those priorities,” he said.

Amash, who is 40 years old and has a photo of libertarian icon Ayn Rand displayed in his office, has had a unique political trajectory in congressional politics. He joined Congress in 2010 as part of the Tea Party wave, and was a founding member of the hard-right House Freedom Caucus that has often been a thorn in the GOP leadership’s side with its extreme demands.

But he has also been a persistent critic of Trump and the president’s influence over the GOP — in May 2019, Amash became the first — and only — Republican to call for Trump’s impeachment. His dissatisfaction with the party system led him to formally leave the Republican party last summer and declare himself an independent. And he was the only conservative lawmaker in the House to vote for Trump’s impeachment.

Now, Amash has retired from the 2020 presidential race. But even in doing so, he reflected the thinking that led him to leave his former party, saying Saturday, “I continue to believe that a candidate from outside the old parties, offering a vision of government grounded in liberty and equality, can break through in the right environment.”