In putting the issue before voters on a mid-summer primary day, conservatives in Kansas were banking on a low-turnout affair that would pave the way for an abortion ban in a reliably red state.

What they got instead was a lopsided loss that preserved the status quo yet also changed a whole swath of calculations about 2022.

The push to allow lawmakers to ban abortion in Kansas backfired spectacularly. It woke up suburban voters and even those in conservative parts of the state who didn't want to pursue something that was practically invited by the Supreme Court's overturning of Roe v. Wade.

It also brought an explosion of activism that Democrats hope carries them through to the fall — in the few states where abortion will be directly on the ballot and the many more where the issue will be more indirectly at stake.

For all the caveats about voter skepticism around ballot initiatives and how circumstances in other states will be hard to replicate, this all went down in a culturally conservative state with 350,000 more registered Republicans than Democrats.

It was an unusually high-turnout affair that was also, in a sense, the ultimate expression of the will of the people prevailing. The lessons will resonate far beyond Kansas — a reminder, at least for now, of what Democrats can still put together with the right kind of issue and the right methods of organizing. 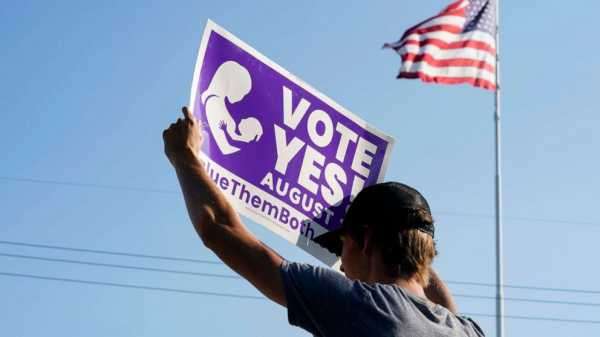 A supporter of the Vote Yes to a Constitutional Amendment on Abortion holds up a sign in Olathe, Kansas, Aug. 01, 2022.Kyle Rivas/Getty Images

In an election cycle that has been a mixed bag for progressives, two of the most prominent voices in that wing of the Democratic Party were able to stave off moderate challengers.

Reps. Cori Bush of Missouri and Rashida Tlaib of Michigan were projected to win their crowded primaries on Tuesday.

"For anyone who wondered if you can go to Congress as a single mom, nurse, pastor, politivist, & survivor, be your full self, vote your conscience, deliver for your community, and get re-elected," Bush tweeted. "St. Louis and I have our answer."

The pair of lawmakers were two of six Democrats to break with their party to vote "no" against the bipartisan infrastructure bill last year — in protest, they said, that the legislation was voted on without the companion social spending package for President Joe Biden's "Build Back Better" plan.

Primary night wasn't all wins for progressives. Tlaib's neighboring representative Andy Levin was projected to lose his reelection bid to Rep. Haley Stevens in what was a member-on-member match-up due to redistricting. Two years after Pennsylvania's voting administration process was thrust into the national spotlight amid false claims of 2020 election fraud, on Tuesday the state Supreme Court upheld Act 77 — a law that allows universal mail voting across the state — in a 5-2 decision.

The decision comes a year after a group of Republican state lawmakers filed a lawsuit claiming the law was unconstitutional, despite some of those lawmakers having voted in favor of the bipartisan legislation when it originally passed in 2019. Their argument largely centered on questioning the validity of the state legislature expanding voting practices without amending the state constitution.

"This is a case that is steeped in the history of this Commonwealth and the development of its Constitution. More than one hundred years ago, this Court recognized that our Constitution mandates that elections be free and equal, but that the '[t]he power to regulate elections is a legislative one, [which] has been exercised by the [Pennsylvania] General Assembly since the foundation of the government,'" the decision from the Pennsylvania Supreme Court said.

"We find no restriction in our Constitution on the General Assembly's ability to create universal mail-in voting," the decision concluded.

The ruling is timely and clears up confusion for Pennsylvania voters who are gearing up to cast ballots in major statewide elections this fall. And for at least one statewide candidate, the decision also offered a familiar political talking point.

"[In] Pennsylvania for 2020, there were (5) cases of vote fraud (one in Forty Fort) out of nearly 7 [million] cast. Of those (5) all: Republican, voted for the former President, arrested, convicted, probation," Democratic Senate candidate Lt. Gov. John Fetterman tweeted. 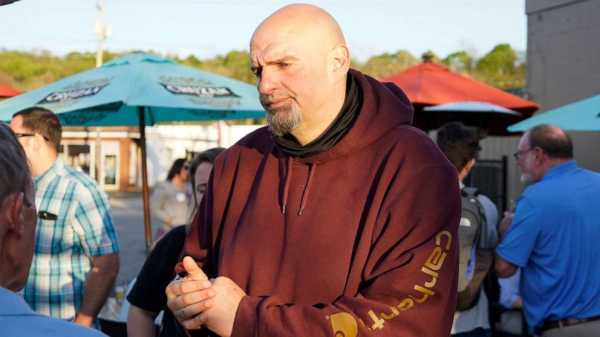 The Note is a daily ABC News feature that highlights the day's top stories in politics. Please check back Thursday for the latest.