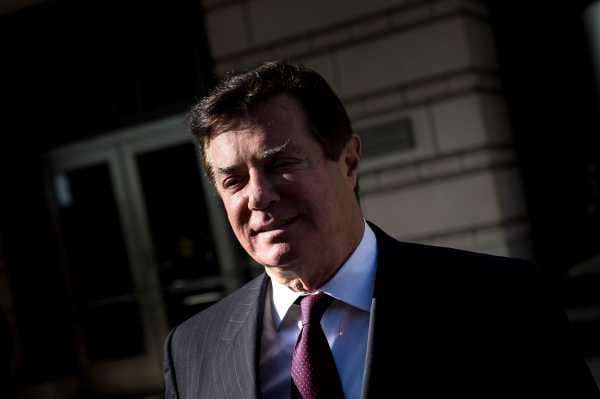 The verdict is in, and Paul Manafort — President Donald Trump’s former campaign chair — has been found guilty on eight counts. The jury could not reach a unanimous verdict on the other 10 counts.

A Virginia jury concluded after four days of deliberation that Manafort was guilty of five counts of subscribing to false income tax returns, one count of failing to report his foreign accounts, and two counts of bank fraud.

However, the jury deadlocked on the other 10 charges Mueller brought against Manafort in Virginia — and so Judge T.S. Ellis III will declare a mistrial on just those counts. It is not yet clear whether this is because of one or two holdout jurors (since a verdict on any count must be unanimous) or because the jury was deeply split. Prosecutors are able to try Manafort again on those counts if they so choose, but haven’t yet said whether they will.

Manafort, who has been jailed since mid-June, will now face a possible prison sentence. And his legal woes aren’t over, since he faces another trial in September on seven separate charges in Washington, DC.

Manafort is the fourth former Trump aide to be convicted of crimes charged by special counsel Robert Mueller — and, amazingly enough, his verdict came down just minutes after another former Trump aide, Michael Cohen, pleaded guilty to charges in a separate investigation Mueller had handed off to the Southern District of New York.

Manafort, however, is the only one of these whose case actually went to trial rather than ending in a guilty plea. So the verdict marks a major milestone in the probe into Russian interference in the 2016 election — even though the trial itself wasn’t actually about Russian interference.

The trial instead focused on Manafort’s money. The prosecution alleged that Manafort laundered $30 million he made working for Ukrainian politicians into the US from undeclared offshore accounts without paying taxes. Later, they alleged, Manafort defrauded several US banks to get more than $20 million in loans (after the Ukrainian regime was deposed and he was looking for cash elsewhere).

In the end, the jury convicted Manafort on all five of the tax charges, one failure to report foreign accounts charge, and two of the bank fraud charges.

What this means for Mueller’s larger Russia investigation remains unclear. Many have speculated that Mueller has been using these charges to try to pressure Manafort into “flipping” and providing information on Russian interference or even Trump himself.

But Manafort has shown no sign that he’s interested in doing this, feeding speculation that he’s staking his hopes on a presidential pardon instead — something Trump has neglected to do so far but could at any time.

A stunning fall for Manafort

The verdict marks a stunning fall for Manafort, who’s been at the heights of political power for decades, enjoyed an amazingly lavish lifestyle, and was something of a legend in Republican operative circles.

Manafort had risen to fame doing Republican campaign work in the 1970s and ’80s before launching a high-powered lobbying, consulting, and PR firm that became infamous for representing controversial foreign clients. Then, in pursuit of ever bigger paychecks, Manafort began to focus his work on the former Soviet Union, where superrich oligarchs were seeking expert help navigating the region’s relatively new electoral politics.

In Ukraine, Manafort aligned himself with the country’s pro-Russian political faction: the Party of Regions, led by Viktor Yanukovych. The party was out of power when Manafort began working for them, and his campaign strategy helped make Yanukovych the president of Ukraine in 2010. After that, Manafort became an enormously influential adviser to the regime, and advised on the Ukrainian government’s lobbying and PR strategy in the US as well.

Manafort was extremely well-compensated for all this: Mueller’s team has said Manafort earned more than $60 million in these years, which he parked in a complex web of offshore shell companies. He did not submit legally required “FBAR” forms disclosing these offshore assets to the US government. Then he transferred at least $30 million of that offshore cash into the US, spending it on luxury goods, real estate, and supposed “loans” to his US companies — without mentioning any of it on his income tax returns or paying taxes on that income.

It all began to fall apart in 2014, when demonstrators in Kiev forced Yanukovych out of power and he fled to Russia. Manafort had lost his biggest client and had serious cash flow problems. So, prosecutors alleged, over the next few years, in an attempt “to have the benefits of liquid income without paying taxes on it,” Manafort tried to take out sizable loans on properties he owned — but repeatedly made false claims on these loan applications. (He succeeded in getting more than $20 million in loans.)

During this period, Manafort returned again to the heights of US politics, by getting a high-level job on Donald Trump’s presidential campaign. Initially hired in March 2016 to help Trump lock down delegates at the Republican convention, Manafort was eventually put in charge of the whole campaign, returning him to the heights of US politics. Eventually, he was fired amid reports raising questions about his Ukrainian money.

Later, Manafort fell under scrutiny in the investigation over the Trump campaign’s ties to Russia — scrutiny that, it seems, unearthed these financial shenanigans that formed the basis of the charges against him.

What Manafort was charged with

The charges against Manafort at the trial broke down as follows: