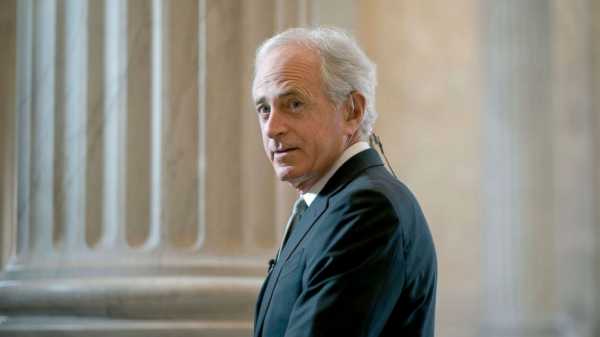 The president announced in February that he would run for a second term, and has already named his 2016 digital strategist Brad Parscale as his campaign manager.

Corker added during the interview that he would like to see who else is included in the field of 2020 Republican candidates before making a decision on who to endorse.

The Tennessee senator, who also chairs the Senate Foreign Relations Committee, has had a complex relationship with Trump. He had previously questioned the president’s fitness for office, which led to Trump calling him names on Twitter, but eventually the two men reconciled.

He has been asked several times in recent days if he would support the president for re-election.

Just yesterday, he said his position changes by the hour and that many of his colleagues are likewise conflicted.

“Any Republican senator that hasn’t been conflicted over this presidency is either comatose or is pretty useless in their blindness,” Corker said during a breakfast with reporters Wednesday.

Sen. Ron Johnson, also appearing on CNN today, chastised an anchor for asking if he would support the current Republican president for re-election, calling it a “gotcha question.”

“It could be a completely different world by 2020. We have a 2018 election first,” Johnson said.
Johnson, who was re-elected to his seat in 2016, has said that he will not seek re-election again.

Biden will pause deportations for 100 days