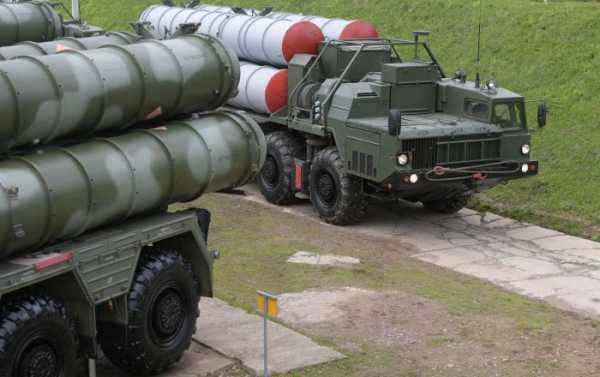 Erdogan has commented on Washington’s reaction to the Ankara-Moscow deal on S-400 systems’ supplies a day after a contract had been signed.

Turkish President Recep Tayyip Erdogan said that Turkey’s deal with Russia on the supplies of S-400 missile systems “made the United States furious.”

“Did we need to wait for you [the US]? We take and will continue to take all necessary measures to ensure our national security. We are the hosts in our own house,” the Turkish leader emphasized.

He added that after the US and Israel had refused to supply combat drones to Turkey, Ankara developed and began to produce them itself, causing the two states’ concern.

On Tuesday, Erdogan said that Ankara had made the first payment for the Russian S-400 systems. The Pentagon told Sputnik later in the day that the US had informed Turkish authorities of its concerns over the country’s purchase of the Russian S-400 surface-to-air missile systems, citing Ankara’s membership in NATO as a reason for the state to defend itself by means of the alliance’s “interoperable missile defense system.”

When asked whether Turkey’s membership in NATO would become an obstacle to S-400 deliveries, the Kremlin aide said earlier that “each party undertakes commitments determining what it has the right to do with the delivered weapons, and what it cannot do.

The S-400 is Russia’s next-generation air defense system. It carries three different types of missiles capable of destroying aerial targets at short-to-extremely-long ranges. It is designed to track and destroy various types of aerial targets, from reconnaissance aircraft to ballistic missiles.