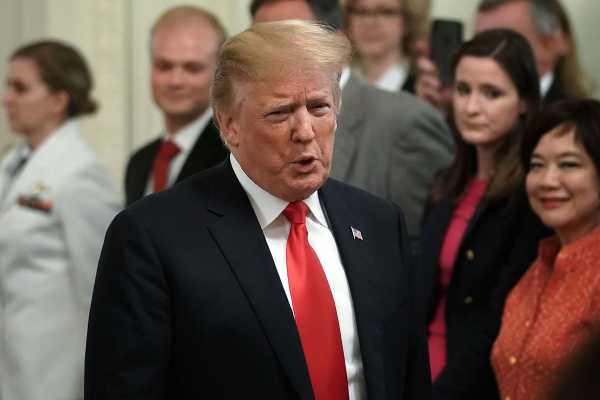 In 2018, the Republican tax cut bill delivered a major profit boost to … banks.

Banks last year made a record $236.7 billion in profits, the Federal Deposit Insurance Corporation said on Thursday. Had the tax law not been enacted, banks still would have done well — the FDIC estimates they would have made $207.9 billion in 2018. But the law tacked an additional $28.8 billion onto their profits. In the fourth quarter alone, more than half of the increase in net income for banks came from the tax bill.

Even without the tax bill, times are good in the banking industry a decade after the Great Recession. Bank profits overall increased by $72.4 billion, or 44 percent, from their 2017 level. Interest rate increases by the Federal Reserve helped banks earn more in interest, and loan growth in the industry is strong. Just 6.5 percent of banks were unprofitable in the last three months of 2018, versus 16.6 percent the year prior.

The Tax Cuts and Jobs Act, passed in December 2017, cut taxes for most Americans, including the middle class, but it heavily benefits the wealthy and corporations. According to estimates from the Center on Budget and Policy Priorities, the top fifth of earners get 70 percent of the bill’s benefits, and the top 1 percent get 34 percent. The new tax treatment for “pass-through” entities — companies organized as sole proprietorships, partnerships, LLCs, or S corporations — meant an estimated $17 billion in tax savings for millionaires in 2018. American corporations are showering their shareholders with stock buybacks, thanks in part to their tax savings.

In other words, it should come as little surprise that the banking industry is coming out ahead in all this. It’s also got more industry-friendly regulators in place under President Trump. And Congress passed a bill in 2018 easing some rules for banks put in place under the Dodd-Frank financial overhaul, though as Bloomberg notes, it’s not clear that made much of a difference in bank profits.

No banks failed last year. That might actually be a bad thing.

“Things can only go worse from here,” she told reporters, according to the Wall Street Journal. “It’s not lost on us that it’s been a while since we had the last bank failure. And while I would like to believe this is the new normal, it’s not.”

The widespread failure of multiple banks is, of course, not a good thing. But no banks failing is also bad, Aaron Klein, a fellow at the Brookings Institution think tank, explained in a post last September. “No competitive, diverse marketplace should avoid failure of any institution,” he wrote. Banks are supposed to take risks and compete to try to give consumers the best deal, which means that ultimately a couple are going to fail:

The optics of the tax cuts are bad

Republicans have had a tough time messaging on the tax cuts from the get-go.

While it did result in a lower tax bill for many Americans, many people are also well aware that wealthy Americans and companies got the best deal out of it — this bank profits report is just the latest example. Polls show most people didn’t notice the tax cut in their paychecks.

Republicans had a tough time running on the tax cuts during the 2018 midterms, so many focused on other issues. Trump made up a new phantom middle-class tax cut ahead of the election, but that died after voting took place.

And now, many Americans are being surprised by lower tax refunds or even owing money whereas in prior years, they got money back. As Vox’s Matt Yglesias recently explained, that may be because their withholdings were lower all year (meaning their paychecks were bigger), but most people don’t notice a little extra money in their biweekly paychecks in the same way they do a sizable refund once a year.

Sen. Chuck Grassley (R-IA) and Rep. Kevin Brady (R-TX) in an op-ed in USA Today this week tried to explain that lower tax refunds right now “show how the Republican tax cut is keeping money in your hands all year.” They encouraged workers to compare their paychecks from this year to the year before.

Of course, if you’re telling workers that the way to see how the tax bill helps them is by looking for small differences in their paychecks, it’s a sign you probably aren’t winning on messaging. Especially when those same workers can also see the billions of dollars banks are getting much more easily.