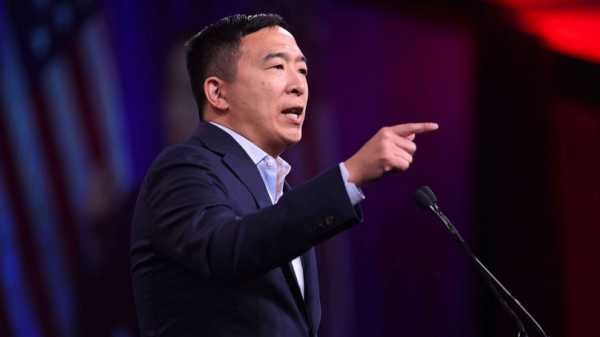 But Jan Baran, a former ABC News contributor and campaign ethics lawyer, said the issue was “whether this financial services company was paying Mr. Yang to promote his candidacy.” In Baran’s opinion, it may have been.

“It may be in violation of the terms of their agreement,” Baran added, “but they should have been put on notice the first time he gave a speech and promoted his candidacy that that’s what he was doing.” 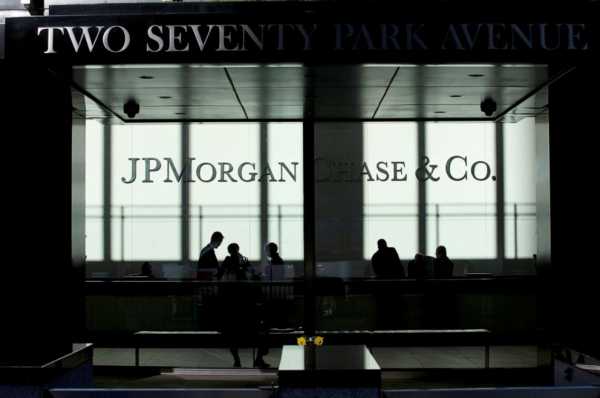 In a statement provided to ABC News, JPMorgan described the speeches as presentations focused on trends in automation and employment in the economy, all major themes in the book penned by Yang, who’s built his campaign around these subjects and how they affect everyday Americans.

Andrew Gray, a spokesman for the bank, said JPMorgan makes clear with officials and political figures who give speeches that “we do not facilitate electioneering or political fundraising at corporate functions.”

“In addition to other related restrictions, we explicitly prohibit the distribution of campaign-related material at such events,” Gray added. “Frequently, including in Yang’s case, we obtain assurances that these restrictions are understood and will be respected. We took steps to ensure compliance following the engagement through monitoring and follow up.

Gray did not specify if someone from JPMorgan spokes to Yang about his use of the logo.

FEC regulations prohibit corporations from giving money directly to candidates and individuals are limited to donating up to $2,800 to candidates running for federal office.

“Generally speaking, a candidate can’t get checks from big banks while they’re running for president, but Andrew Yang may be an exception because he had already established a career of doing just that,” said Brendan Fischer, director of Federal Reform at the nonpartisan Campaign Law Center.

Yang has delivered his findings about automation’s effects on unemployment at several universities and organizations over the years. His relationship with JPMorgan dates back to when Yang taught GMAT courses for Manhattan Prep, a test prep company at which he eventually became CEO. In an appearance on the “Freakonomics” podcast, Yang said he “personally taught the analyst classes at Goldman Sachs, JPMorgan, Morgan Stanley” at the height of the recent financial crisis.

“I think the question here about whether any laws are being violated,” Fischer said, “is whether any of the interest groups that are hiring Yang are doing so because he’s a presidential candidate or because he’s a known entity on the speaker circuit who just happens to be running for president.”

Although a corporation can’t directly contribute to a candidate, experts said the law does allow companies to organize certain events where a person who’s running for office can appear as long as attendees are limited to a specified group associated with the company. 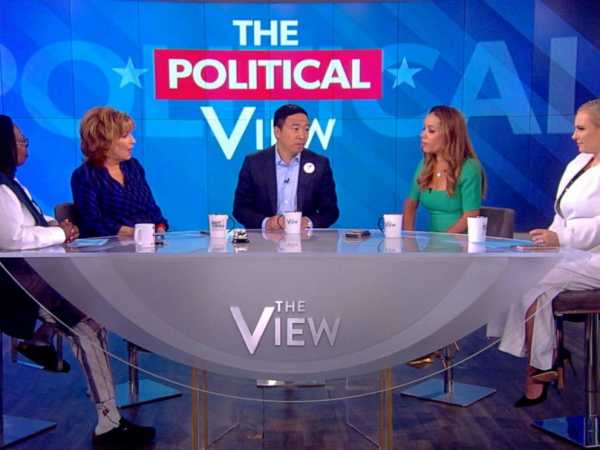 “There is an exception that’s built into the law for internal communications, and that does allow a candidate to appear in an internal communication setting that a corporation can pay for,” said Scott Thomas, a former FEC Chairman and current head of Blank Rome’s political law practice. “The corporation has to limit the attendees basically to its own management officials, its executives and professional personnel.” Thomas said he provides campaign finance consulting to other presidential candidates.

Yang explained that it’s possible that the PowerPoint deck given to ABC News was the “campaign version of the deck” and may have not been the one he used at events that typically would restricted the usage of campaign logos. It’s also unclear whether Yang otherwise referenced his campaign during his paid speeches.

Footage from a speech Yang gave at a festival for entrepreneurs in Santa Clara hosted by the media organization Ding Ding TV in May shows him using the same slide deck that was given to ABC News. During his talk, he referenced his bid for the White House on multiple occasions.

“Now, I have no illusions about, you know, any political alignment. I’m running for president as a Democrat,” he told the crowd at the festival. “But to me the reason why Donald Trump is our president today is because of automation, and it comes down to what happened here with the manufacturing workers.”

When he reached the last slide during the festival speech, Yang told that crowd: “If you want to help with the campaign, the website is Yang2020.com. I’m very proud to be the first Asian American to ever be on the primary debate stage in June and July.”

The Yang campaign did not respond when asked if he had been paid an honorarium for that presentation. Ding Ding TV declined to say if he was paid.

Paul Ryan, vice president of policy and litigation at Common Cause, said it’s not unusual people like Yang get paid to speak in front of audiences, but they usually stop accepting payments once they decide to run for federal office.