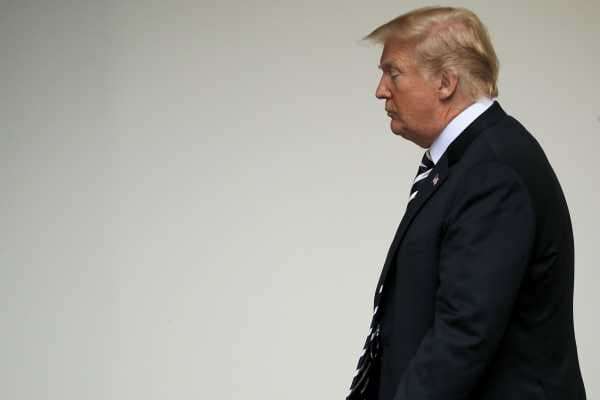 President Donald Trump’s commutation of Alice Johnson’s life sentence is the right thing to do. It’s also a flagrant example of the president using one of his few virtually unlimited powers to reward political allies and celebrity friends — and that should trouble even the most ardent supporters of Johnson’s commutation.

Johnson is a 63-year-old great-grandmother who received a life sentence in 1996 for her leading role in a cocaine trafficking ring. By all accounts, Johnson has successfully been rehabilitated, and sentencing a first-time, nonviolent offender for a drug crime is the kind of policy that has led the federal prison system to explode. Pardoning her was the right call.

But it’s worth examining how Trump ultimately decided to commute Johnson’s life sentence:

That’s it. Trump was, as far as we can tell, totally unaware of this case until Kardashian personally lobbied him to do something about it. If Kardashian — a wealthy celebrity — did not have access to the White House, and Trump in particular, it’s likely that Johnson would have remained in prison forever.

This is not how a president is supposed to exercise his pardon or commutation powers. It’s not the first time Trump has done something like this either. His pardons of political allies, like former Maricopa County, Arizona, Sheriff Joe Arpaio and conservative commentator Dinesh D’Souza, tell a similar story. As do his considerations of pardons for former Illinois Gov. Rod Blagojevich and Martha Stewart, both of whom have connections to Trump’s Apprentice franchise.

Presidents have a basically unlimited power to pardon anyone they want. In the past, some presidents abused this power — to the point that the process has been reformed in recent decades. But Trump is ignoring that process and seemingly using his power to play favorites and reward allies, even if it means going against his own broader policy agenda.

Trump is bringing back favoritism

As Dara Lind explained for Vox, President Bill Clinton left office with a massive pardoning controversy when, on his last day in office, he issued 140 pardons, including to his brother-in-law and Marc Rich, whose ex-wife was a Clinton donor.

In response, President George W. Bush attempted to reform the clemency process to make it more impartial — by relying on his pardon attorney’s office to review cases, instead of going through cases individually on his own. That led to a drop in approval rates, but the process was an improvement in that it took strides toward avoiding favoritism. President Barack Obama followed a similar process.

Trump, on the other hand, seems to be doing whatever rewards his friends and allies, with no real systematic process whatsoever. As Ashley Parker, Robert Costa, and Josh Dawsey at the Washington Post reported, Trump has even taken to “asking friends who else he should pardon” — perpetuating a system in which only those closest to Trump seem to get a voice.

The Alice Johnson commutation exposes this system for what it is. Trump could carve out some excuses for his past pardons and commutations (such as his argument that Arpaio and D’Souza were treated unfairly due to political bias), but the Johnson move is a naked attempt to reward a perceived political ally, Kardashian.

Not only did Trump only pursue this move after Kardashian — who, Trump reportedly said, is helping him with black voters — asked for it, but it contradicts his broader drug policy to be as tough on drug offenders as possible.

Trump has said that the federal government should execute drug dealers and traffickers in response to the opioid epidemic. Johnson, as someone who helped run a cocaine trafficking ring, should fit the bill for Trump’s vision of the death penalty (even if I think that’s a policy that is both morally abhorrent and not supported by the evidence).

As Trump put it at a rally earlier this year, “If you shoot one person, they give you life, they give you the death penalty. These [drug dealers] can kill 2,000, 3,000 people, and nothing happens to them.”

According to the Associated Press at the time of her sentencing, Johnson helped lead a multimillion-dollar cocaine ring from 1991 to 1994. At her sentencing, US District Judge Julia Gibbons said that Johnson was “the quintessential entrepreneur” in the operation, “and clearly the impact of 2,000 to 3,000 kilograms of cocaine in this community is very significant.”

Yet because someone whom Trump sees as a political ally asked, he moved forward with commuting Johnson’s life sentence anyway. The only way to make sense of any of this giant policy contradiction is that Trump is playing favorites.

The shoddy process behind Trump’s commutations

It’s worth putting this in contrast with what President Obama did. When he decided to use his clemency powers to decrease the number of people imprisoned for nonviolent drug crimes, he did not just call up his buddies to figure out whom he should grant relief or pick out a single sympathetic, high-profile case.

Instead, he took on a systematic approach that avoided any signs of favoritism or nepotism. He asked federal inmates to submit applications for clemency, receiving, as of January 19, 2017, more than 36,000 requests, which was more than the previous eight administrations combined. Those applications were systematically reviewed by the Office of the Pardon Attorney. After this review, Obama granted pardons or commutations to more than 1,900 people — the most of any president in decades.

The process was by no means perfect, with criminal justice reformers arguing that Obama could have done more. (Johnson was apparently one of the prisoners left behind.) But as far as we can tell, it was a process that avoided any bias or favoritism.

Meanwhile, under Trump’s approach, people who don’t have close personal ties to the president won’t have their voices heard seemingly at all. So the thousands of people in federal prison for nonviolent drug crimes will continue to suffer — never getting the relief that a fairer system could afford them.