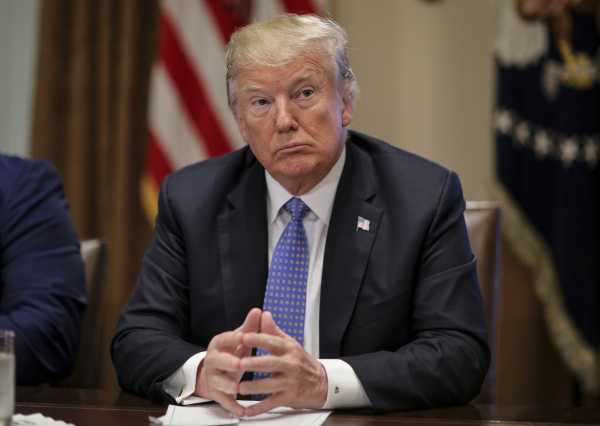 Is President Donald Trump a perversion of the American conservative movement — or simply an honest reflection of what it’s been for decades?

Ever since Trump’s victory in the Republican primary, this has been one of the big questions hanging over American politics. If Trump’s anti-intellectual and race-baiting brand of politics is a parasite on the American right, then it’s possible the Republican Party can be cleaned up after him. That’s the premise of the so-called Never Trump movement, a small group of Republican elites and conservative intellectuals who have denounced the president and his allies in no uncertain terms.

But it’s possible the Never Trumpers are wrong. It could be that they’re the ones who have been deluding themselves into thinking that the conservative movement is a higher intellectual calling, when in fact it’s been a cover for a shallow and vicious brand of white identity politics for decades. If that’s true, then there’s no coming back from Trumpism. The conservative movement and its core institutions need to be radically reformed, if not outright abolished and rebuilt.

One of the most prominent Never Trumpers, former George W. Bush speechwriter David Frum, posed precisely this question at the end of an Atlantic essay on conservative polemicist and convicted felon Dinesh D’Souza. “Did they really change so much?” Frum muses about his Trump supporting allies, “Or did I?” Seth Cotlar, a professor of American history at Willamette University, set out to answer Frum’s question in a lengthy and extremely worthwhile Twitter thread — and suggested an answer the Never Trumper won’t like.

Cotlar, who grew up in a right-leaning community and teaches a course on the history of American conservatism, suggests that Frum is, in fact, the one who changed. He claims that for at least two decades, back when Frum was a mainstream conservative in good standing, the Republican Party and the conservative movement were already in the grips of a kind of proto-Trumpism. Here’s Cotlar’s argument, which I encourage you to read in full:

Perhaps Frum and his fellow travelers in the Never Trump movement have compelling answers to Cotlar’s critique. But it’s one they need to grapple with if they hope to pull the Republican Party back from the abyss.