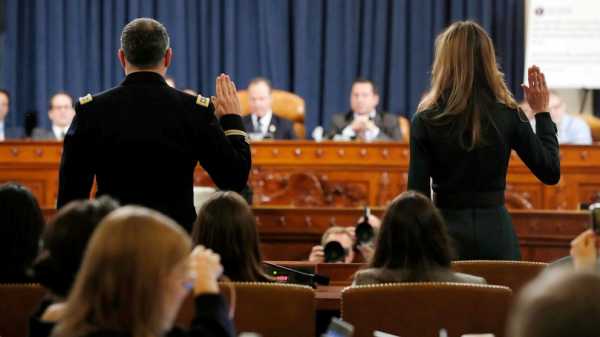 It’s week No. 2 in public hearings on the House impeachment inquiry, and the public gets to hear from witnesses who were listening to President Donald Trump’s July 25 phone call to Ukrainian President Volodymyr Zelenskiy.

They were followed by the Republican’s pick for witnesses – Kurt Volker, Trump’s former U.S. envoy to Ukraine, and Tim Morrison, the outgoing National Security Council official focused on Russia and Europe issues. 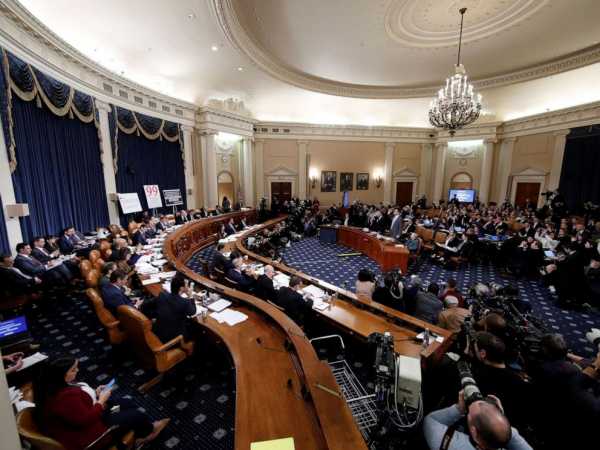 Ambassador Kurt Volker, former special envoy to Ukraine, and Tim Morrison, a former official at the National Security Council, Timothy Morrison are sworn in to testify during a hearing on the impeachment inquiry on Capitol Hill, Nov. 19, 2019.

Wearing his Army dress uniform, Vindman thanked his father for having the courage to flee the Soviet Union some 40 years ago to give his young sons a better life. He also said that he joined the U.S. military to repay the country that took him in. Now a top Ukrainian expert at the White House, Vindman said he was grateful that he could speak up without being fearful for his family.

In Russia, “offering public testimony involving the president would surely cost my life,” he told Congress in his opening statement. 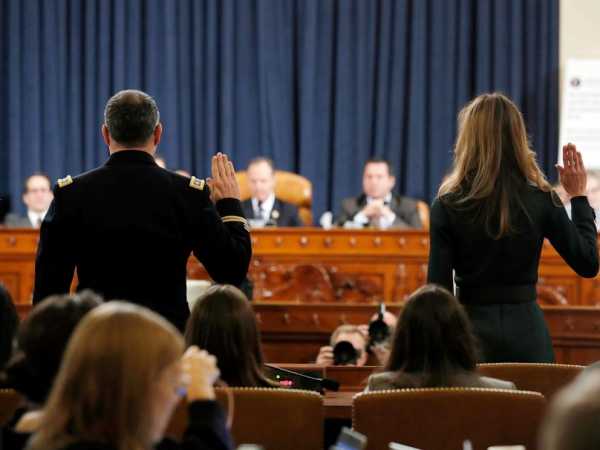 “Do not worry,” he added. “I will be fine for telling the truth.”

When asked by Democratic Rep. Jim Himes if he is a “Never Trumper,” Vindman responds: “Representative, I’d call myself a ‘Never Partisan.'”

Vindman later solicited applause from the hearing room when he said he assured his “deeply worried” father that he could speak out because “this is America … and here, right matters.”

Republicans had a surprise play, and it got testy

Republicans have been reluctant to try to attack Vindman personally. But on Tuesday, it became clear that the GOP suspected Vindman of leaking to the press and had a conflict of interest with Ukraine. GOP counsel revealed during questioning that Vindman had been approached by the Ukrainian government three times with an offer to serve as its defense minister.

Vindman denied ever speaking to the press or mishandling classified material, calling the allegation “preposterous.” At one point the room crackled with tension as he directed GOP Rep. Devin Nunes to not address him as “Mr. Vindman” but use his Army title instead.

On the job offer from Ukraine, he said it was made in front of other U.S. officials and “the whole notion is rather comical.” He said he reported the request to his seniors at the White House and then forgot about it.

“That was a big honor correct?” the GOP counsel asked.

Vindman responded that it was.

“But I’m an American. I came here when I was a toddler and I immediately dismissed these offers, did not entertain them,” he testified.

Himes later said of the GOP line of questioning, “That may have come cloaked in a Brooks Brothers suit and in parliamentary language, but that was designed exclusively to give the right wing media an opening to questioning your loyalties.”

The hearing also revealed that Vindman may be one of the people who tipped off the whistleblower who filed the formal August complaint, kicking off the impeachment inquiry.

Vindman testified that he shared the details of Trump’s July 25 phone call with two people outside the National Security Council who had an “appropriate need to know” — George Kent, the senior Ukraine expert at the State Department, and a member of the intelligence community.

The whistleblower has been identified as an intelligence official, and Republicans repeatedly pressed Vindman to say who he talked to.

“Please stop,” interjected Democrat Adam Schiff, chairman of the House Intelligence Committee, who repeatedly intervened to stop Vindman from identifying — in any way — the intelligence official.

Nunes suggested identifying the whistleblower wouldn’t be possible, unless Nunes knows he talked to that person.

“Per the advice of my counsel, I have been advised not to answer specific questions about members of the intelligence community,” Vindman replied.

Vindman testified that he doesn’t know who filed the whistleblower complaint — a point that Rep. Jim Jordan, R-Ohio, attacked.

“No one believes you,” Jordan said. 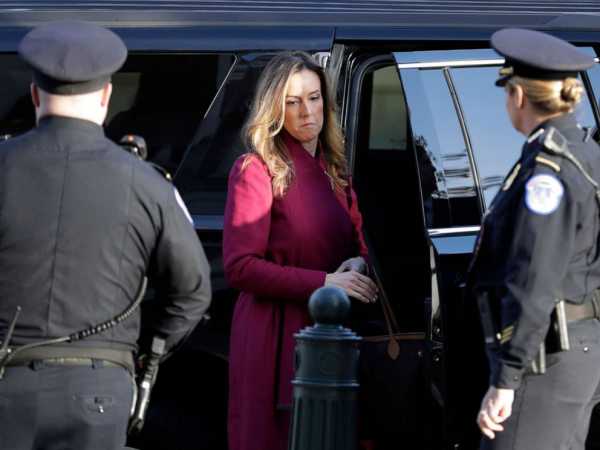 Jennifer Williams, an aide to Vice President Mike Pence, arrives to testify before the House Intelligence Committee on Capitol Hill in Washington, D.C., Nov. 19, 2019, during a public impeachment hearing.

The other witness on Tuesday was Jennifer Williams an adviser to Vice President Mike Pence, who listened to Trump’s July 25 phone call.

Williams previously testified behind closed doors that she thought Trump’s reference in the call to a 2020 political opponent, “unusual and inappropriate.”

That brought a rebuke from Trump via Twitter: “Tell Jennifer Williams, whoever that is, to read BOTH transcripts of the presidential calls, & see the just released ststement from Ukraine. Then she should meet with the other Never Trumpers, who I don’t know & mostly never even heard of, & work out a better presidential attack!”

Williams testified that she’s not sure of the precise definition of a “never Trumper” but that she doesn’t identify as one.

When asked about Trump’s tweet, she said, “It certainly surprised me. I was not expecting to be called out by name.”

Pence’s aide Williams said she thought the president’s words on the phone were “unusual and inappropriate” because it involved targeting a political rival, while Vindman said, “I couldn’t believe what I was hearing” and that it was his “worst fear of how our Ukraine policy could play out.”

When it came time for the Republican-ordered witnesses to step forward, they too expressed serious concerns. 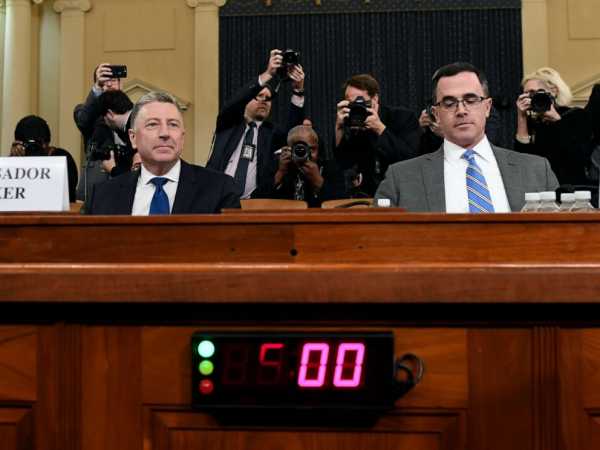 Morrison, a longtime GOP legislative aide who was only 10 days on the job at the National Security Council when Trump made the July 25 call, said he didn’t think it was illegal but “it’s not what we recommended the president discuss.” Morrison was so concerned with “potential political fallout” if it leaked that he went to White House legal counsel and asked that office to restrict its access.

Volker discredited what he called “conspiracy theories” that former Vice President Joe Biden was corrupt, testifying that the idea was being pushed by a “self-serving” Ukrainian politician and “are not things that we should be pursing as part of our national security strategy.”

Volker said he he should have picked up sooner on the idea that calling for an investigation into Burisma, the Ukraine gas company, meant investigating false allegations into Biden.

“In retrospect, I should have seen that connection differently, and had I done so, I would have raised my own objections,” Volker said.