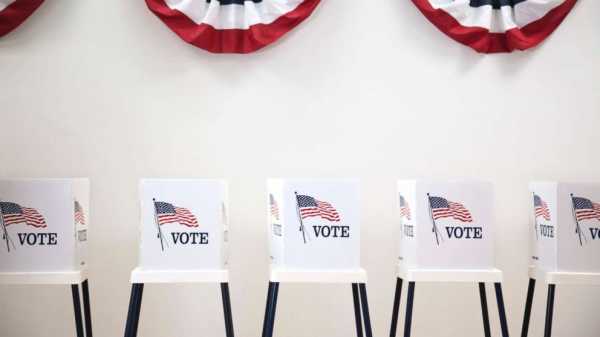 All eyes will be on key 2020 states to look for predictions regarding the next White House race, particularly what insights can be gained for which ever party takes power. And, even further down the road, the inhabitants of some of those gubernatorial mansions could play a big role during the redistricting process in 2022.

Some big races are on the map: California, the biggest state in America in terms of GDP; Florida, which will be a key state in the 2020 presidential race; Michigan with its love of outsiders in 2016 – Bernie Sanders won the Democratic primary and Trump won it in the general election; and Colorado, a key barometer of happenings in the West.

Here are some of the key gubernatorial races to watch. 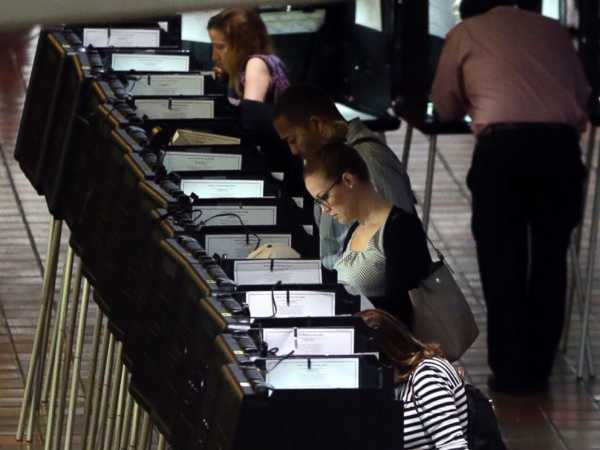 Lynne Sladky/AP PhotoIn this Oct. 24, 2016 file photo, people vote at a polling station on the first day of early voting in Miami-Dade County for the general election in Miami.

No state is likely as historically consequential in presidential elections as Florida — e.g., 2000 Bush vs. Gore — and we’ll likely be seeing the Sunshine State’s impact once again come 2018.

With Gov. Rick Scott unable to run again due to term limits, Florida voters from both major parties will have completely open primaries. Both parties can raise funds, but this year’s election might come down to who’s vouching for a candidate.

Republican front-runner, U.S. Rep. Ron DeSantis, has already received the name recognition and financial boost any Trump loyalist could wish for with the president’s tweet celebrating his merits two weeks before DeSantis even announced he was running. But DeSantis is not short of challengers with former U.S. Rep. and current Florida Agriculture Commissioner Adam Putnam running on the campaign slogan “Florida First.”

Florida’s Democrats are hoping to use the election as a referendum on Trump and highlight issues that have affected their state like devastating hurricanes and economic development. Electing the first Democrat Floridian governor since 1994 wouldn’t hurt the national party either.

However, with a late June filing deadline, the field of candidates could grow. 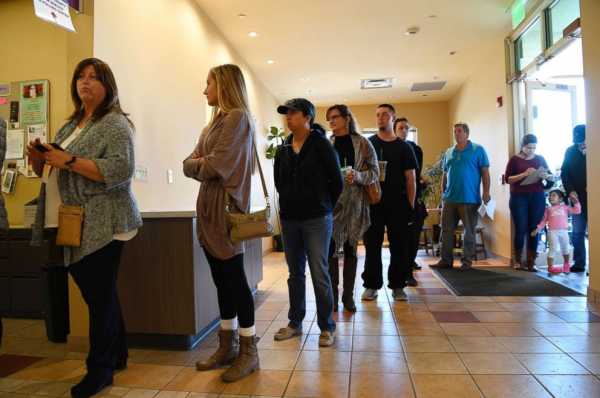 Andy Cross/The Denver Post via Getty Images, FILEVoters line up at the Smoky Hill Library to vote in the Presidential election Nov. 8, 2016.

Colorado stayed Democratic in supporting Hillary Clinton in 2016, but remains as purple as a state can be.

Home to gun-owning liberals and marijuana-friendly conservative firebrands, the western state has put forward a large and eclectic group of candidates jumping into the fray for governor.

Cary Kennedy, a former state treasurer and deputy mayor of Denver, has achieved strong fundraising results and key endorsements including a women’s group and education leaders.

The current lieutenant governor, Donna Lynne, is also aiming to become the first female governor of Colorado and is touting her experience.

More than 10 years has passed since a Republican served Colorado as chief executive. As a state with purple veins, Republicans are aiming to seize the swing voters in search of change.

One candidate is eager to tie his bid to the president. Steve Barlock, the state co-chairman of the Trump campaign, is the anti-immigrant, nationalist side of the GOP primary. He announced his candidacy on Independence Day, dawns American-flag shirts and frequently cheers to “drain the swamp.”

Relatives of the Bush and Romney families, Walker Stapleton and Doug Robinson respectively, have boasted moderate conservative stances, further revealing a deep split within the Republican party; a split so tangible, that former congressman Tom Tancredo, widely considered a front runner for the Republicans, suddenly dropped out in January citing the party’s divide.

Strength in party strongholds: A key to midterm outcomes: Poll

Democrats seek to wrest control of House from GOP 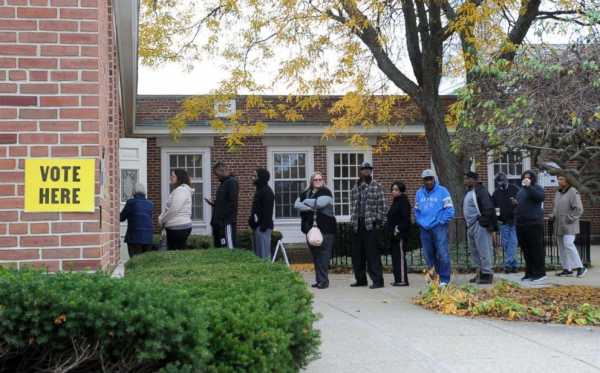 Nova Safo/AFP/Getty Images, FILEPeople line up to cast their ballots at a polling station, Nov. 8, 2016 in Flint, Mich.

In 2016, Michigan embraced the populist outsiders. Bernie Sanders scored an unlikely upset in the state during the Democratic primaries and Donald Trump flipped the key Rust Belt state red at the presidential level for the first time since 1988.

In 2018 those same national dynamics are set to collide with some distinctly local ones. Republicans have held the governor’s mansion in Michigan for the last eight years, and the party knows that the legacy of two-term incumbent Gov. Rick Snyder is on the line this year.

The state’s unemployment rate has steadily declined since it was devastated during the 2008 financial crisis, but episodes like the Flint water crisis have fueled the economic and social anxiety that continues to linger through the first year of the Trump presidency. Jobs, taxes, immigration and infrastructure promise to be front and center in the race to succeed Snyder, and the primaries on both sides of the aisle have already begun to take shape in the race to succeed Snyder.

Michigan Attorney General Bill Schuette, already elected statewide twice as the state’s top cop and endorsed by Trump last September, has jumped out to an early lead on the Republican side, but is still facing competition from Lieutenant Gov. Brian Calley, another winner of two statewide elections under Snyder, and State Sen. Patrick Colbeck.

Democrats have begun to coalesce around former Michigan State Senate Minority Leader Gretchen Whitmer, who has nabbed a few key early endorsements and has generated impressive initial fundraising numbers. Whitmer’s main primary challengers, former Detroit health director Dr. Abdul El-Sayed and businessman Shri Thandear, are hoping to capitalize on the state and party’s thirst for a populist outsider, and are attempting to paint her as a party insider that lacks progressive credentials.