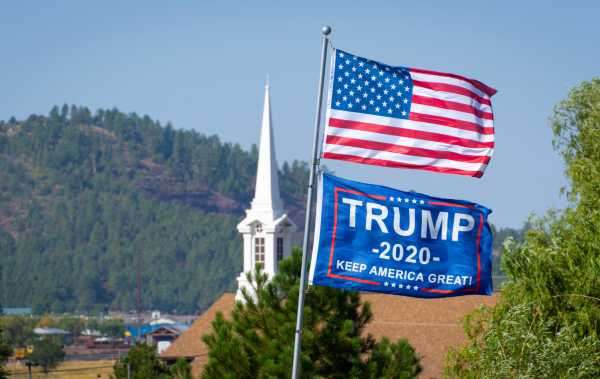 June conjures up pleasant memories: the end of school, leisurely church picnics, baseball, summer concerts. Increasingly, June is becoming known for Pride Month. In many parts of the country, it is impossible to escape it. Countless events at our schools, libraries, and workplaces honor it; corporate media devote innumerable public interest stories to it; woke capitalists shove it in our faces via advertising and limited-time specialized products.

The normalization of once peripheral and marginalized sexual and gender identities, and a popular definition of the human person that is inimical to man’s flourishing and preservation, is reason for concern, especially since these ideologues often aim to coerce their fellow citizens (and their children) to not only tolerate their errors but adopt them for themselves. See the aggressive efforts in public schools to indoctrinate children in radical gender ideology, block parental intervention, and even punish dissidents for “misgendering.”

Many conservatives and Christians are rightly alarmed that these social and political trends present an immediate threat to the nation, particularly its most vulnerable citizens, children. Less alarmed is Paul D. Miller, according to his dustjacket a “Christian scholar, political theorist, veteran, and former White House staffer.” In his new book The Religion of American Greatness: What’s Wrong with Christian Nationalism, Miller is more concerned about the threat from what he calls Christian nationalists, who present what he perceives as a danger to the republic from the right.

Miller defines Christian nationalism as believing “there is something identifiable as an American ‘nation,’ distinct from other nations; that American nationhood is and should remain defined by Christianity or Christian cultural norms; and that the American people and their government should actively work to defend, sustain, and cultivate America’s Christian culture, heritage, and values.” He cites three foundational tenets of all nationalists: (1) humanity is divided into cultural units that can be called nations; (2) nations should have their own states; and (3) governments should have jurisdiction over the cultural life of the nation. He adds two more he says are distinct for American Christian nationalists: (4) America’s culture was and is Anglo-Protestant; and (5) Anglo-Protestant culture is a precondition for the American experiment’s success.

His sparring partners for what he calls “a bad political theory” will be familiar to TAC readers: Pat Buchanan, Sohrab Ahmari, Patrick Deneen, R.R. Reno, and Yoram Hazony, among others. Yet much of his attention is focused on nationalism’s evangelical manifestations. That presents an immediate problem with Miller’s argument, because the nationalism of low-church evangelicals or Dominionists looks quite a bit different than, say, Hillsdale lecturer Michael Anton, whom Miller clumsily (and erroneously) accuses of “openly racist appeals.”

Miller’s misrepresentations and exaggerations of nationalism are egregious and ubiquitous. I’ll cite three. He claims nationalists “seem to believe that love of country means overlooking past wrongdoings, that focusing on the sins of the past is somehow unpatriotic.” No, they believe it is bad for civic health for education programs like those of the “1619 Project” or the Southern Poverty Law Center to teach school children that their national origin story is preeminently one of racism and bigotry.

Miller observes that cultural overlap between nations, and the existence of minority cultures within certain nations, necessarily undermines his first principle of nationalism. “The nationalist belief in the easy divisibility of humanity into distinct cultural units is nonsense,” he writes. “There are effectively no true nation-states in the world today.” Well, sure, if we define a nation-state as a political unit that has perfect cultural conformity among all its citizens, in which case there has never been a nation-state. But who defines a nation-state in such totalizing terms?

Nationalist politics has often been imperfect—dare I say tolerant—in its application. Henry V features Scotsmen, Welshmen, and Irishmen bravely fighting under the same English flag. The potency of nationalism is its ability to transcend tribalist leanings to realize greater goods (like security or economic prosperity) that benefit all citizens, regardless of how closely they approximate the majority culture. Prudential judgments determine the percentage of a polis united around a common mythos and telos that is required to define and sustain a nation. At this point in American history, the late Meatloaf could be instructive: “Two out of three ain’t bad.”

Finally, Miller argues that nationalists “emphasize culture over ideas, which contradicts what the founders believed about their ideas.” The Georgetown professor should familiarize himself with Federalist No. 2:

Provinces had been pleased to give this one connected country, to one united people, a people descended from the same ancestors, speaking the same language, professing the same religion, attached to the same principles of government, very similar in their manners and customs, and who, by their joint counsels, arms and efforts, fighting side by side throughout a long and bloody war, have nobly established their general Liberty and Independence.

The name of American, which belongs to you in your national capacity, must always exalt the just pride of patriotism more than any appellation derived from local discriminations. With slight shades of difference, you have the same religion, manners, habits, and political principles.

The Framers, pace Miller, did not think an impersonal proceduralism tethered to principles of individual liberty and due process were sufficient for the health of a republic. It required a certain kind of populace—and, they optimistically believed, they had the improbable fortune of being such a people. I’m hopeful that Americans share enough of a conception of the human person, common good, and what political and cultural qualities made America great in the first place that the republic has a decent shot at securing the necessary political victories to ensure its survival.

But not if we follow Miller’s prognosis, which emphasizes the same failed ideas like “liberal neutrality” promoted by his friend (and foreword author) David French. Speaking of French, Miller cites the same Drag Queen Story Hour controversy that provoked Sohrab Ahmari’s now-legendary critique of him in 2019. Miller writes: “Drag queens are people too, and no matter our views on their sexuality, they are tax-paying citizens and deserve equal treatment under law and thus equal access to public resources. Denying them access to public facilities on the basis of their beliefs or identities would be simply unfair and unjust.”

What Miller and French fail to understand is that if our laws (and the culture they influence) cannot accurately and confidently define men and women, as Ketanji Brown Jackson could not during her recent Senate confirmation hearing for the Supreme Court, then our trust in legal indifferentism is not only misplaced but a catastrophic misjudgement. Given the LGBTQ+ ideologues’ strategic game plan thus far, to think they will begrudgingly respect a carveout for their opponents on the basis of speech or religion is beyond naive. “Nationalism is arbitrary and relies on coercion and exclusion,” asserts Miller. Wait until you see the alternative.

How Kevins Got a Bad Rap in France