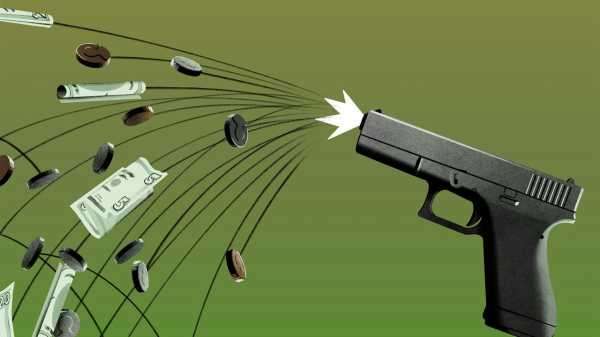 Wayne LaPierre, the longtime head of the National Rifle Association, is one of the most successful lobbyists in American history, one of the central hubs of the conservative movement, and quite possibly a complete and utter buffoon. “Wayne is a clumsy, meek, spastic man with a weak handshake,” the journalist Tim Mak writes in his new, character-rich book on the N.R.A., “Misfire.” In Mak’s account, LaPierre oversleeps and misses a golf outing with former Vice-President Dan Quayle. He stands up his bride at the altar while he decides whether or not to marry her. (Once he makes up his mind to go through with the wedding, his own best man skips the reception.) He eschews technology but is forever scribbling notes on yellow legal pads and begins travelling with a roller suitcase stuffed full of them. At a conference, he runs into his longtime N.R.A. second-in-command Chris Cox and introduces himself as though the two men have never met: “Hi! I’m Wayne LaPierre!” (“Wayne, what are you talking about?” Cox replies.) A former N.R.A. board member, Wayne Anthony Ross, once said that LaPierre has the “backbone of a chocolate éclair.”

LaPierre’s characteristic self-absorption now threatens to bring him down. In a 2020 lawsuit seeking to break up the N.R.A., the New York Attorney General, Letitia James, charges that LaPierre and other leaders of the organization awarded lucrative contracts to close associates and family members and spent millions of the group’s dollars on themselves. The documented expenditures, some of which were paid by the N.R.A.’s longtime advertising firm rather than by the gun lobby itself, are a little comic: LaPierre spent tens of thousands of dollars on private jets to fly his niece in and out of North Platte, Nebraska; nearly two hundred and seventy-five thousand dollars at the Zegna store on Rodeo Drive; and almost two hundred and fifty million dollars on vacations to destinations including Lake Como, the Bahamas, and Budapest. There is something comic, too, in Mak’s sketches of the powerful figures around LaPierre: the clean-cut lobbyist Chris Cox, who helped make the N.R.A. into a linchpin of a hyper-partisan Republican machine; the bullying ad man Angus McQueen, who looked after LaPierre’s image and the organization’s (“You’re a fucking poodle,” he once told LaPierre); the cigar-chomping consigliere Tony Makris, who once advised Charlton Heston and presides over an upstairs lounge in Old Town Alexandria frequented by the N.R.A.’s grandees; the powerhouse lobbyist Marion Hammer, an eighty-year-old woman with a pageboy haircut who is the central force behind Florida’s Stand Your Ground law.