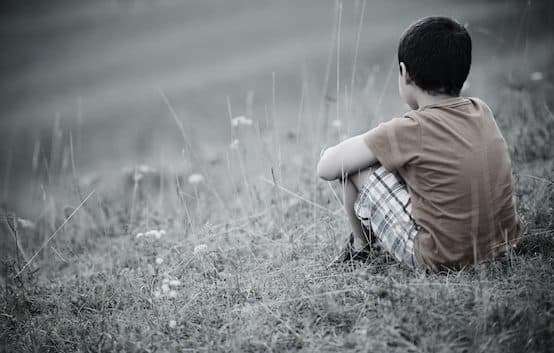 Father’s Day spending is forecasted to reach $15.3 billion this year with 77 percent of Americans celebrating the holiday and spending an average of $133 per person, according to the National Retail Federation Foundation. Yet one in three American children is growing up in a household without a father.

Major brands such as Home Depot, Bass Pro, Toyota, and Gillette have taken note of Father’s Day’s growing prominence, ponying up $2 billion in advertising dollars to help you find the perfect gift or special experience for dear old dad. While consumer Father’s Day spending still pales in comparison to that of Mother’s Day, which adds up to $23 billion with 86 percent of Americans spending an average of $180 per person, Father’s Day is quickly playing catch-up—it only became an officially recognized holiday in 1972, almost 60 years after Mother’s Day received that honor in 1914.

The commercialization of Father’s Day didn’t really begin until the 1980s, however. A New York Times article from 1986 entitled “The Selling of Father’s Day” credits the then-new marketing focus on the man of the house to the more proactive role of ’80s fathers in child-rearing. The time fathers spent engaged in child care responsibilities nearly tripled from 1.3 hours per day in the 1960s to 3.3 hours per day in the 1980s, according to a study referenced in the article. The phenomenon of the newly engaged father is further evidenced by that decade’s plethora of books, films, and television shows with positive images of fatherhood and family life, including Family Ties, Growing Pains, and The Cosby Show (that last one is now viewed through a more cynical lens in the wake of Bill Cosby’s recent rape conviction).

Yet while retailers and restaurants may be celebrating Father’s Day’s evolution, the cold hard truth is that an estimated 24.7 million children, 33 percent of kids in America, live without a biological father in the home, according to an analysis of the 2016 census by the National Center for Fathering. In 1960, only 8 percent of children lived in such circumstances. When you segment current data by race, 57.6 percent of African-American children, 31.2 percent of Hispanic children, and 20.7 percent of white children live absent their biological fathers.

The growth of single-parent households, which are predominantly still led by women, can be attributed to the increasing number of births outside of marriage, a rate currently approaching 40 percent, according to the Center for Disease Control and Protection. You can also attribute it to the continuing high divorce rate, which averages 40 percent for first marriages and trends even higher for second and third marriages.

In the past, a fatherless household was rarely a desired state. Rather, it was the result of one of the three Ds: death, divorce, or desertion. Yet in recent years, we have seen a new trend of women raising children without fathers. According to Pew Research’s analysis of the 2016 census data, the percentage of white women having a child outside of marriage has nearly tripled, from 13 percent in 1994 to 37 percent in 2016. In fact, a sizable portion of this baby boom can be attributed to women over 40. Today, 55 percent of never-married women aged 40 to 44 have had at least one child. Some of these women may be in romantic relationships outside of marriage but not with the biological fathers of their kids; others are choosing to have children through adoption or sperm donors. And while the use of sperm donors is still relatively small, it’s increasingly depicted on television shows and in films as a common practice.

Our definition of the family has expanded to include many different models beyond the traditional nuclear family. Not only has the stigma been lifted from single parenthood, we now also embrace same-sex couple parenting.

But we cannot overlook the importance of fathers—or, if you will, father figures. And while the value of a father cannot always be completely measured, there are plenty of available statistics that demonstrate the impact of the absence of a father. Some 63 percent of youth suicides, 85 percent of youths in prison, 90 percent of homeless and runaway children, and 80 percent of rapists with anger problems were raised in fatherless homes. The vast majority of high school dropouts and adolescents in alcohol and chemical dependency centers were raised without fathers.

How do we manage the changing face of the family without shortchanging our children? There are no easy answers to this question. If a household is fatherless through either circumstance or choice, the onus is on the mother or the head of household to integrate a consistent father figure in the children’s lives such as an uncle or close friend. Mentoring programs such as Big Brother and Best Buddies are also helpful in broadening a child’s exposure to adult role models. Finding father figures is about more than just having a man around to throw a football with a young boy. Children of both sexes need a positive male adult who they can go to for advice—after all, many believe that a little girl’s perception of men is in part shaped by her relationship with her father.

Now that we have broadened the definition of family, isn’t it equally important that we expand the definition of a father? The numbers don’t lie—and no amount of commercialization will fix what’s missing in the lives of millions of American children this year.

Leonora Cravotta is the director of operations for The American Conservative.