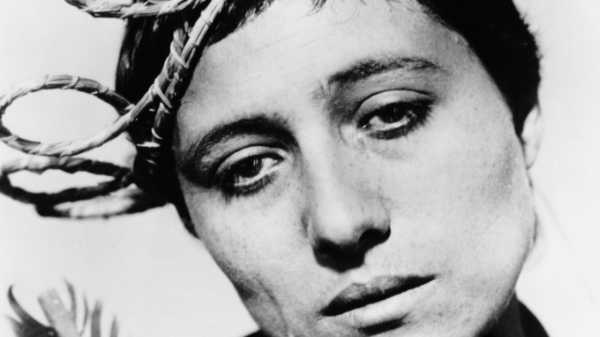 A series of coincidences recently brought to my mind a critic whose work
I hadn’t read in decades but whom I consider one of the greatest and
most enduringly useful film critics I’ve ever read: Harry Alan Potamkin,
who was born in 1900, died in 1933, and left a dispersed legacy. His
writings were collected and organized by Lewis Jacobs for the mighty
compilation “The Compound Cinema,” which was published in 1977. I read it then (I was in college at the time), but it wasn’t until rereading Potamkin’s work
recently that I realized the debt I owe him. I’ve written often that the
object of film criticism is to envision the future of movies, and Potamkin
put that idea into practice, and even emblazoned it at the head of a
1930 essay, “The Future Cinema.”

Born in Philadelphia to Russian-Jewish immigrant parents, Potamkin
attended the University of Pennsylvania, graduated from N.Y.U., wrote and published poetry, and was employed as a social worker. He and a
colleague, Elizabeth Kleiman, married; during their honeymoon, in Paris, in 1926, he met French writers (such as Blaise Cendrars and Jules Romains) who
took movies seriously as an art; he watched movies with them and, upon
returning home, followed their lead, reading the major French film
critics of the time, studying the history of the art, reading the
handful of books of criticism that existed, and, above all, watching
lots of movies. By 1927, he was publishing film criticism of his own.

Potamkin wrote about an extraordinary range of movies—Hollywood movies,
foreign films, documentaries, animated films, experimental films,
amateur films—and he did so in an extraordinary range of publications,
including Vanity Fair and The New Republic, specialized film
magazines and literary journals and daily newspapers, and the Communist
magazine The New Masses, where he eventually became the film critic.
His writings ring with the intensity of his newfound passion; the depth
of research with which, in a very short time, he nourished and developed
that passion; the poet’s sense of language and sensitivity to the inner
life of artistic creation; and—even in his more aesthetically oriented
earlier work—a discerning and frank awareness of the societal and
political implications of movies, the ideological assumptions and
prejudices on which movies are so often based.

Potamkin had a keenly developed sense of form, which he considered
virtually like music. He emphasized “cinema unity” that placed an
over-all set of “rhythms” ahead of “the logic of the psychology of a
character” and “the logic of the dramatic moment.” His example of the
most accomplished work of the time, the one that points furthest and
most clearly toward the future of the art, is Carl Theodor Dreyer’s “The
Passion of Joan of Arc,” followed closely by Alexander Dovzhenko’s
“Arsenal.” His aesthetic sense was infused with enthusiasm for the
technical possibilities of movies. Unlike many critics of the time, who
lamented the rise of talking pictures as antithetical to the visual art
of cinema, he welcomed talking (“optophonic”) movies and even recognized
the power of sound effects: wondering about extraordinary efforts to
record natural sound “when a sneeze in the microphone simulates
thunder?” He endorsed other innovations, such as wide-screen movies, 3-D
movies, films shown on multiple screens, and even movies projected on
many walls of a theatre. (But he was skeptical of “smellies,” in which
scents unleashed in theatres reinforced the scene.)

Presciently, Potamkin saw the “unity” of moviemaking as merely a
dialectical stage in the artistic process, and anticipated a future
“compound” cinema that would make a James Joyce of the future repudiate
writing in favor of filmmaking. But Potamkin didn’t see much unity in
most of the Hollywood movies of his time; to that end, he endorsed the “Little
Cinema” movement against the spectacular offerings of grandiose movie
palaces, and believed that limited viewerships would foster a more
artistically and politically freer cinema. He considered “New
York” movies—i.e., “independent films”—to be a form of opposition to the films of Hollywood, a
notion that proved accurate when a New York artist, Orson Welles, went
to Hollywood and exploded its prevailing stylistic “unity.” Potamkin
emphasized the primacy of directing in the art of movies, but he also
wrote extensively about other aspects of the art—cinematography,
production design, music, and movie acting, which he recognized as
distinct from theatrical performance. (He didn’t like Joan Crawford, who
was already a major star in the twenties; he singled out young Bette
Davis, just beginning her career in the early thirties, as “potential
material.”)

Yet perhaps Potamkin’s most visionary idea concerns his sense of the
inherent connection of criticism itself to the art of filmmaking. He
contended that “Criticism is a part of creation; and creation is the
culmination of criticism.” He went further, arguing that movies were at
their best when they were “reflective,” “philosophic,” when they
actually integrated criticism into their very substance: “The Russian
film is propelled by criticism, and that explains its vitality.”
(Criticism may subsequently have vanished from Russian film in the age
of Stalin, but Potamkin’s idea was proved valid when criticism returned
to movies—in the French cinema—in the age of de Gaulle, in the form of the
New Wave.) At the same time, Potamkin was critical of critics,
especially regarding the development of a critical “cult” of popular
culture: “The enthusiasm, more quasi than real, for the lowly or ‘lively
arts’ has been the effort of young men who had been precocious and had
missed the normal childhood intimacy with the popular amusements.” In
other words, they were nerds, and he considered their “ ‘highbrow’
inflation of the popular idiom” to be “populism,” which he set against
the “social idea.”

In Potamkin’s final period, his artistic and philosophical
enthusiasm for movies was matched by political principle (in the wake of
the Depression, he became a Marxist), and his later work anticipates
other recent developments in criticism. Along with his attention to
cinematic style and the “social” or political philosophy informing it,
he increasingly concentrated on the specific events depicted onscreen.
Potamkin devoted careful study to the representation of
African-Americans in movies (as in the 1929 article “The Aframerican
Cinema”), and he criticized Hollywood’s representations over all,
whether falsely contemptuous or falsely sentimental: “Laborer, Negro,
Jew, foreigner generally, become butts or objects of a quasi-pathos.” He
wondered at the dearth of female directors, and devoted extended
analysis to the work of the French director Germaine Dulac. But the
center of his critical wrath and derision was reserved for a filmmaker
whose work, from a technical and formal perspective, he admired: D. W. Griffith. Potamkin wrote that “there has been no director quite as
intuitively gifted as Griffith,” but he clearly and frankly reviled the
content of “The Birth of a Nation” and the sensibility that it
represented. “Griffith’s expansive love of mankind, itself a platitude,
did not extend to the Negro,” he wrote, and his “lack of productive
energy in intelligence” resulted in his limited development as a
filmmaker. Potamkin concluded a 1931 piece about Griffith by declaring,
“And now he is through!”

At the same time, Potamkin also let his own prejudices sneak in, as he
inveighed against Josef von Sternberg’s negative depictions of the
Russian Revolution in “The Last Command” and of Chinese Communists in
“Shanghai Express.” In 1933, Potamkin expressed his skepticism regarding
American democracy by reviling Franklin D. Roosevelt as a “’benevolent
dictator’” and associating him with Hitler, Mussolini, and Japanese
nationalists. In other regards, however, Potamkin remained astute. He
sharply and aptly targeted the Hays Code as early as 1930 (even before
its stringent application): “The Code is decoy. Mr. Hays is foremost the
political agent of the film business.” He recognized the implicit
conservatism of many popular Hollywood movies, connecting it to the
horrors of German politics as early as 1931: “Today the German cinema—in
the hands of the Fascist Hugenberg—is devoted to ‘national honor’—an
equivalent for the American success of the L.C.D.—‘least common
denominator’—not of aesthetic appreciation, but content-discrimination . . . the maximum of illusion to guarantee a minimum of dissent.”

Potamkin wanted movies to represent something like recognizable
experience, for practical political reasons: he believed that, if
general viewers were presented with truthful images, they’d be inclined
to rise up against prevailing injustices. He reviled much of Hollywood
but advocated a plain response to its fantasies. “The cure, that is the
improvement of the body politic of the movie, is simpler than supposed,
perfectly obvious. . . . The answer is ‘subject-matter.’ Subject-matter,
the content of daily life.” It’s easy to imagine that, if he had lived
longer, he’d have integrated this idea of daily experience even more
closely into his cinematic philosophy. Where documentary and fiction
remained separate, he’d have theorized their integration; where
first-person accounts in essays remained apart from third-person
narratives, he’d have been apt to unite them. Where animation was
separated from live action, he may have detailed their synthesis. (He’d
have been a centenarian in the age of C.G.I.) His fusion of aesthetics
and politics, of form and representation, of fact and style, would make
him an exemplary critic of the present day.

Individual Tours to Chernobyl: See the Part of World History