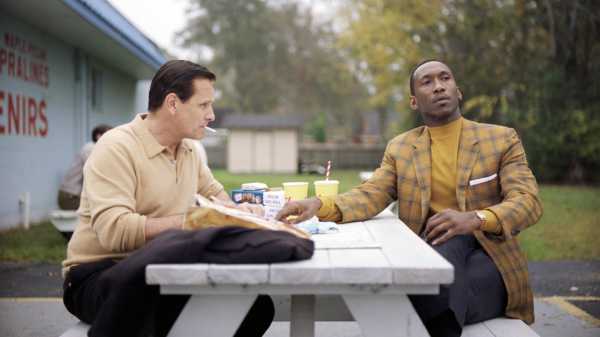 A year ago, if you had asked up-and-coming American musicians about the pianist Don Shirley, they probably would have said, “Who?” That’s changed. Shirley is a central character in the movie “Green Book,” which is nominated for five Oscars. Based on a true story, the film follows a concert tour that Shirley, who was Jamaican-American, took through the Midwest and the South, in the nineteen-sixties. He hires Tony Vallelonga, an Italian-American bouncer from New York City, to serve as his driver. (The “Green Book” of the title refers to “The Negro Motorist Green Book,” a guidebook for African-American motorists that led to motels, restaurants, and other establishments that would serve them.) Because of several scenes that show Vallelonga stepping in to save Shirley from hostile white authorities, the film has been criticized for being the latest variation on the tired “white savior” trope. But a look beyond the film, at Shirley’s career, shows that he is more resilient and interesting than any Hollywood cliché.

My uncle Jim loved Don Shirley, especially “Water Boy,” Shirley’s biggest hit from the best-selling 1960 LP “Don Shirley Trio.” “Listen to that mournful cello!” he would exclaim during the song’s florid introduction. When the song’s gospel piano rhythm started, he would do a little uncle dance. Shirley was one among dozens of pianists who were popular at mid-century, a moment when the piano was at its zenith in American life. It wasn’t only my uncle: just about everybody had at least one LP of a pianist. Classical stars included Vladimir Horowitz and Arthur Rubinstein; jazz stars included Oscar Peterson, Erroll Garner, and Dave Brubeck; easy-listening stars included Roger Williams and Carmen Cavallaro. Liberace offered campy glamour and Victor Borge offered comic relief.

Shirley outlived his fans and died quietly, in 2013, at the age of eighty-six. Wikipedia flatly declares that Shirley was a “jazz pianist and composer,” but that’s not exactly true. Recently, I asked the jazz bassist Ron Carter about Shirley. He said that he liked Shirley but that jazz musicians from the era didn’t discuss him much. “You needed to be on the Juilliard or Carnegie Hall scene to know about Shirley,” he said. “My friend Kermit Moore, the great cellist, was close to Shirley.” Carter went on to discuss how Shirley was denied the opportunities to perform much classical music because of his skin color, a circumstance that parallels Carter’s own experience. Carter’s first love was symphonic repertoire, but the conductor Leopold Stokowski told him that the world was “not ready for a colored man to be in their orchestra.” The Pulitzer-winning composer George Walker, who died last year, faced similar racism. Walker had planned on being a concert pianist—and he certainly had the requisite technical gusto to be one—but a black composer was more acceptable to the symphonic crowd than a black pianist, apparently because there was so much less visible time onstage for a composer.

Race and music engender an uncomfortable paradox in American musical history. It’s maddening that Ron Carter and George Walker were denied careers as classical performers, yet our world has been immeasurably enriched by a generous serving of Carter’s jazz bass and Walker’s symphonic compositions. Don Shirley left no memoir, and no biography of him exists. How did Don Shirley navigate within this paradox?

Shirley’s first record, “Tonal Expressions,” from 1955, comprises jazz standards that Shirley views through the prism of classical style: his take on “I Cover the Waterfront” contains left-hand cascades that nod toward Debussy; “No Two People” begins with a quote from Bach; and “My Secret Love” is a rich chordal exploration in the style of Rachmaninoff. In “They Can’t Take That Away from Me,” Shirley offers comparatively normal jazz, with a swing beat, accompanied by Richard Davis walking a bass line, and suddenly the picture isn’t as focussed. The tracks that borrow from classical music feel more natural.

Another early disk is “Orpheus in the Underworld,” a brooding and lovely set of original rhapsodies that Shirley based on his own phantasmagoric painting, which appears on the album cover. The back of the LP explains that these “improvisations” do not use jazz procedures, such as blowing on chord changes, but instead recall a classical pianist in the year 1800 spontaneously creating fantasies on themes and moods. The final effect strangely foreshadows Keith Jarrett’s minor-key improvisations in the best-selling “The Köln Concert.” As the Shirley discography continues, most of the music is fancy settings of standards, usually in a trio with bass and cello. Shirley’s decision to use classical cello goes a long way toward explaining his aesthetic, as conventional piano jazz trios usually had drums or guitar supplying rhythm and swing.

Shirley was idiosyncratic and important, but there isn’t much of an argument that any given Shirley version of a standard is in the same league as one by Art Tatum, Duke Ellington, or Mary Lou Williams. Most of Shirley’s records are probably best for cocktail hour (another reason that my uncle liked him) and can be filed next to other light listening from the era. However, renewed interest in Shirley’s music, spurred by “Green Book,” might yield some provocative new interpretations. The saxophonist Branford Marsalis plays hard-swinging jazz with his quartet and saxophone concertos with orchestras. He wasn’t aware of Shirley before “Green Book” and told me, “Don Shirley’s music is a joy to listen to. It’s not jazz, and his approach is clearly influenced through classical training. Because he is not a jazz soloist, he has to create momentum through color and melodic exploration. I have always learned a lot from musicians whose priority is not soloing.”

The pianist Kris Bowers composed the “Green Book” score, played the parts, and taught the actor Mahershala Ali (who plays Shirley) the basics of keyboard technique. I asked Bowers if he absorbed any of Shirley’s techniques in the process. Bowers said, “Shirley is now another beacon for me as I find a way to represent all of my influences in my own music. He fused the sounds of classical, American Songbook, and gospel repertoire in a way that was uniquely and unapologetically his own.” As for his favorite tracks, Bowers agrees with my uncle: the plaintive and groovy “Water Boy” really is something special. He also suggests “In A Moorish Market Place,” “My Funny Valentine,” and the outrageous multi-genre fantasia made of “Lullaby of Birdland.”

My own pick for Shirley’s best record has no flashy keyboard athletics nor extreme combinations of style. On “Piano Arrangements of Famous Spirituals,” the themes are given stark and regal settings far closer to Thelonious Monk than anything lurking on the fringes of the easy-listening category. The jacket for the 1962 LP, which features a sombre color palette and Shirley looking pensive in a velour sweatshirt, is a wonderful postcard from a nearly vanished era. In the liner notes, Shirley deliberately distances himself from forms of black music that lack a tradition of Western musical notation, even going so far as to write, “Musicologists all over the world recognize that the Negro spiritual is by far the greatest art form to come out of this country.” History is not proving Shirley right. Today’s musicologists are more interested in jazz and hip-hop than they are in the spiritual. Still, Shirley’s determination to play by classical rules despite being seen as a jazz pianist will always be provocative. Until 2010, Shirley lived his aspirational vision in an apartment perched literally on top of Carnegie Hall.

Aspiration and paradox. In retrospect, it shouldn’t be surprising that a movie about Don Shirley would provoke wildly differing responses. Branford Marsalis told me, “I loved the movie. It made me cry,” during the same week that the journalist Wesley Morris published a powerful essay called “Why Do the Oscars Keep Falling for Racial Reconciliation Fantasies?” A friend of mine, in Philadelphia, who is a major record collector, was so impressed by the movie that he promptly began acquiring the original sequence of a dozen-plus LPs that Don Shirley recorded, for Cadence, between 1955 and 1962, unaware that some members of Shirley’s family were denouncing “Green Book” as a “symphony of lies.” My own opinion of the movie is closer to Marsalis than Morris, partly because I find more truth about the racial complexity of American music in “Green Book” than in the trendy and award-winning jazz movies by Damien Chazelle. The battles surrounding “Green Book” touch on race, authenticity, homophobia, the right of families to control an artist’s legacy, the whys and wherefores of prestige filmmaking, and, undoubtedly, many other topics in our omnipresent culture war. In Shirley’s time, those battles occupied a different terrain. Many of the most important American musicians fought institutional racism by creating music that demanded respect simply by being undeniably great. This was a guerrilla war that no two artists fought in exactly the same way. The essential idiosyncratic loneliness of Shirley’s battle was hard to parse in 1960 and is even harder to capture in a hashtag. Through it all, Don Shirley plays the piano his way, as only Don Shirley could.