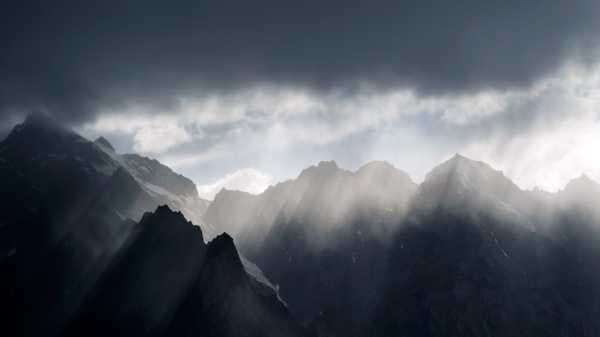 The guidebook said that if we got off the bus at a certain point on the Karakoram Highway, a shepherd would greet us and let us stay in a yurt for a modest fee. The highway was a dirt road in Xinjiang, in northwestern China. I was travelling with a man I’ll call Tim, and we had been on buses for more than twelve hours. When we reached a pasture between snow-capped mountains and saw Karakul Lake glittering in the distance, we got off. The bus pulled away, and it was suddenly very quiet, the late-afternoon sky irrevocably clear, as if nothing bad could happen—not here, not anywhere.

Tim and I had moved to China from New York, swooning in the optimism of being young and in love. But once installed in a hotel apartment in Wuhan with jobs teaching English, we began to grow apart. We expressed our disdain for each other through emotional snubbing and wrenching, lonely sex that always ended abruptly, with backs turned. After a year, we broke up. But, out of mutual stubbornness, we followed through on our plan to see the country together that summer. We travelled for three months, sweating on crowded trains and arguing in cheap motel rooms. Since the breakup, Tim and I had grown platonically closer. But I felt starved for affection, and was stifling a longing for him to hold and kiss me again. I was both excited and sad to arrive in Xinjiang, China’s Wild West; it was our last stop before I returned to the U.S.

The man who appeared on the road that day was beautiful. I’ll call him Adil. He had piercing blue eyes, weathered skin, and a gentle walk. He wore a navy-blue Mao suit with a matching cap, everything bleached by the sun. It was 2004, but it could have been any year. I felt an immediate affinity with Adil, as if I were meeting someone I’d known all my life for the first time. We locked eyes, and in that instant it was understood: there was something between us.

Adil shook it politely, then led us through the pasture toward our yurt, the mountains looming. Apart from his native Kyrgyz language, he spoke broken Chinese and a few words of English. He and I walked ahead of Tim, and he asked me questions. I was twenty-three, I told him. I was from America. After sticking out as a foreigner in Wuhan for so long, I liked being in Xinjiang because the Uighurs looked like me. I could have passed for a local if I hadn’t been wearing New Balance sneakers.

“You are not American,” he said, smiling.

“Take this,” he said. I felt the warmth of his hand as he placed something in my palm. He said it was a crystal that he had found on the mountain.

When we reached the yurt, Adil fed us salty yak-butter tea and noodles with yak meat. He brought us to a small hut where we would sleep, and promised to take us up the mountain on horseback the following day.

But in the morning, Tim was sick.

“I’m dying,” he said. He’d spent the night crouched behind a knoll that Adil had told us to use as a toilet. We’d both eaten the same things the day before, so food poisoning, a frequent issue for travellers in China, was ruled out. I asked Adil where to buy bottled water and toilet paper for Tim, and he pointed down the deserted highway toward the Khunjerab Pass. I set off alone, and after an hour’s walk a small market appeared like a mirage. Even more surreal, Adil was inside, waiting for me. I hadn’t seen him on the road; it was as though he had teleported.

He helped translate my requests and then carried the grocery bags, showing me his shortcut through the fields. As we walked, our shadows intertwined in the long grass. I was titillated, I admit, to spend more time alone with him, and he easily convinced me to stop at his private yurt on the way: “You look tired.” Inside, I accepted his tea and stale bread. It felt good to be out of the sun. The messiness of Adil’s home—the musty smell, the belongings spilling off the shelves—was a welcome change from Tim’s uptight manner.

“Do you love your boyfriend?” Adil asked, as though reading my thoughts.

“No,” I answered, shocked by my own admission.

Adil swatted at a fly, as though to shoo away any more thoughts of Tim. “I want to be your boyfriend,” he said. He suggested that I send Tim home and stay there with him. I smiled, but Adil wasn’t joking. He reached across the small table between us, took my hand, and held it against his cheek. Something about the sweetness of the gesture made me pause to consider his offer. I was about to head back to New York, where the perils of modern life loomed. Living as a shepherdess in a beautiful mountain village was a tempting alternative. We sat in silence as the fantasy took shape.

Then Adil became very serious, squeezing my hand as he spoke. He confessed that he had been married once before. His wife gave birth to a baby, but it died, and afterward his wife left him. “I’m sorry,” I said. He dropped my hand and looked away. I saw tears in his eyes.

“Stay,” Adil said, crossing to me.

I wasn’t prepared for what happened next. He grabbed me by the shoulders and kissed me hard on the lips. It wasn’t a sensual kiss. It was a desperate, needy kiss that carried with it the cruelty of isolation and abandonment. “I’m sorry,” I said again. And I was, though I was also afraid of his pain, which felt heavy and dark, and of what it might lead him to do. His hands tightened on my shoulders. I didn’t want to be alone with him anymore. “Please,” I said, and he let me go.

I found Tim lying by the edge of the lake. “I feel like I’ve been poisoned,” he said. I helped him up, and we went into the hut to lie down together. I didn’t know if I was hungry or just overwhelmed, but I felt exhausted, and I quickly fell asleep.

Eight hours later, I awoke with a pain in my head that felt like a blow from an axe. I had a metallic taste in my mouth. I couldn’t remember where I was until I heard Tim’s voice. “Hey,” he said. He was sitting up, wet with sweat. “I don’t feel right,” I said, my words coming out slurred and slow. I had the out-of-body sensation of tripping on ketamine. I began to harbor a suspicion: Adil had drugged us. He had slipped something into our tea. He could get rid of Tim—weaken him, then kill him. Nobody back home knew where I was. Without Tim, I could disappear completely. I pictured a life of entrapment out here in the middle of nowhere with Adil.

“We need to get out of here,” I said. I hadn’t told Tim about the kiss, but he understood the urgency in my voice. He set off through the twilight toward the road to flag down a car. I stayed back to pack, moving at a slug’s pace, sifting through piles of blankets for our belongings. I hallucinated that I was climbing mountains of color, seeing stars like glimmering crystals. When I stood up, the ceiling and floor seemed to switch places. I noticed Adil leaning against the doorframe, watching me.

“You think you will be happy in America with that little boy?” he asked.

He came toward me and tried to hold me in his arms. His kisses were like rocks hitting my face. He spoke to me in Kyrgyz: “Don’t you understand that you came here for a reason? There is nothing out there for you. It’s all nonsense. This is real. I am real. I know you.” Somehow I understood every word.

He let me go just before Tim burst in, and the three of us stood there, breathing heavily. “I got us a ride,” Tim said. He had stopped a Chinese man on his way to Kashgar, but he had to pay him a hundred kuai immediately, or he would drive away. He grabbed his backpack and ran back out. As I tried to squeeze past Adil, he reached for my arm. I elbowed him in the groin, and dizzily made my way outside.

It took me more than a decade to figure out that Tim and I hadn’t been drugged; we had altitude sickness. We had ascended eight thousand feet on the bus in one morning. Adil wasn’t a maniac. He was sad and lonely. I don’t regret that I left. But when I’m depressed by the banalities of daily life—e-mails, parking spots, twenty-dollar salads—I think of the life he offered me. I imagine him alone, older, walking up the highway surrounded by those mountains. I remember his eyes, his shoulders. I wonder if he remembers me, and whether, were I to go back, his offer would still stand.

The sky was pitch-dark the night I left the place by the lake. I don’t remember any stars, only the headlights of the car glowing yellow on the roadside in the distance. I walked through the field toward the light. I thought I heard Adil following me a few yards back, matching his every footstep in time to mine, stopping when I stopped. At the road, I turned and looked into the darkness, but I saw nothing. I got into the stranger’s car. It took all night to drive back down the mountain.