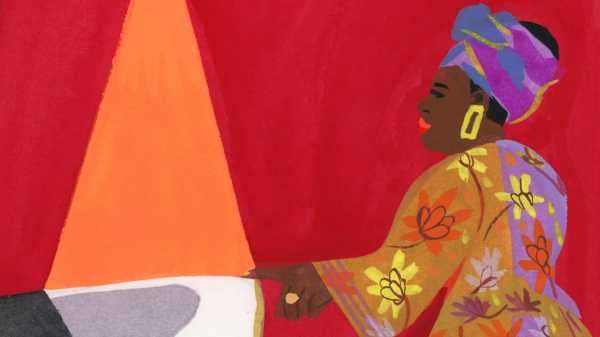 While audience members for “Nollywood Dreams”—a new play by Jocelyn Bioh, directed by Saheem Ali, at MCC Theatre—were filing in and the set lights were still dim, a lively mix of West African pop songs played, priming the crowd for a good time. One tune, “Odo,” by the Ghanaian singer Samini, came on, and shoulders started to shake. My seatmate at the theatre that night, who was born in Jamaica and raised in Brooklyn, was taken aback by how much Samini’s voice evoked that of the legendary dancehall artist Buju Banton, and how much the track sounded like it could have been cooked up somewhere in Kingston. Indeed, Samini calls his music “African dancehall,” an inevitable-sounding but hard-won blend of styles forged on both sides of the Atlantic.

That diasporic mélange—a product of troubled national and colonial histories and irrepressible creativity—is the theme that hums excitingly under “Nollywood Dreams.” Set in Lagos, Nigeria, in the Technicolor nineteen-nineties (a decade that doesn’t feel so long ago to some of us, but which has become an increasingly fit subject for the long lens of history, via art), it tells a story whose backdrop is the early upsurge of Nollywood, that burst of off-kilter, melodramatic, cinematic invention that has, in the decades since, helped make Nigeria a formidable engine of global entertainment.