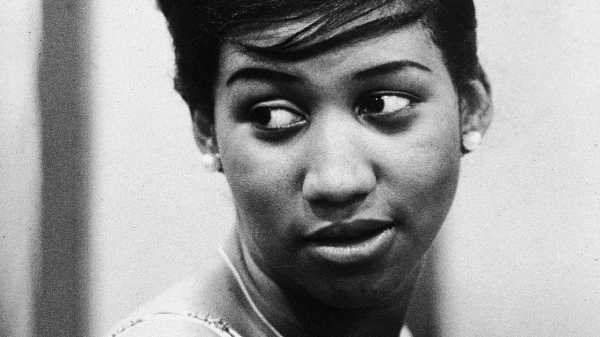 An inarticulate misery, and yet the desperate need to articulate it, is what brought the thunderous wonder of Thomas A. Dorsey’s “Take My Hand, Precious Lord” to the earth. In August of 1932, the musician, who had left the packed blues clubs and rent-raising parties of the South for a Baptist-church choir in Chicago, took brief leave of his pregnant wife, Nettie Dorsey, for a gig in St. Louis. While performing, a messenger handed him a Western Union telegram that read “YOUR WIFE JUST DIED.” The baby died, too. He buried his wife and son in the same casket.

When Dorsey returned to his empty South Side apartment, he was prepared to abandon his God. The Baptist-church elders, stern in their faith, advised him to submit to God’s will. Later, Dorsey would recall being coaxed by his choir associate, Theodore Frye, to approach a piano in a local school. Before the instrument, Dorsey felt overcome with a strange peace. A melody of the nineteenth-century religious composer George Nelson Allen coursed through him. “As my fingers began to manipulate over keys, words began to fall in place on the melody like drops of water falling from the crevice of a rock,” Dorsey later said. He gave the first performance of “Precious Lord” at his church shortly after his wife and baby’s death, and the act of uninhibited spiritual praise was forever changed.

How this hymn, the greatest example of American lamentation, how it travels. It passed through Sister Rosetta Tharpe, who electrified Dorsey’s pleas; through Nina Simone, who grasped the first verse so delicately that it is nearly painful to attend; through Elvis Presley, who dared to root the song more deeply in the workaday wretchedness of man; through Mahalia Jackson, who made the hymn somehow more transcendent. Jackson was in the habit of visiting with C. L. Franklin, the pastor of New Bethel Baptist, in Detroit. She was taken by the preacher’s young daughter Aretha, who was, in her craft, trying to match her father’s prophetic fire. Through Aretha—so many times through Aretha—“Precious Lord” was an existential cry, a justice prayer shed of pretense. It was Martin Luther King, Jr.,’s favorite hymn, and it’s said that his last words were a request to have it ring at his funeral. Franklin sang the song at a memorial service for her friend King, in 1968; she was still in tune with the primal frisson when she delivered her rendition at the dedication of the memorial to King in Washington, D.C., in 2011. She assisted Jackson’s transition to that other realm, washing the faithful with “Precious Lord” at Jackson’s funeral, in Chicago, in 1972. “Precious Lord, take my hand . . .
I’m tired / I’m weak / I’m ’lone”: Franklin interprets it as a relationship song—did God do her and her people wrong? The hymn is a confrontation, spurred by agony, then loneliness, then immobilizing veneration.

What we have lost with Aretha Franklin is technical mastery, yes, but also an ancestral instinct. She was in a heady and guttural conversation with the struggle that made her. She was a vessel and a commander. She knew her God like John Donne did—intensely, almost physically. She was of the black church, the church of protest, the church of brash women, the church of sorrows and of ecstasy, and yet she was also of her own church. We hear that church, already clarion, in the 1956 recording of “Precious Lord,” from her first album, “Songs of Faith.” It was recorded at New Bethel; the congregation hollers. Franklin was just fourteen years old, already a mother, without her mother. She draws from a font of pain and awe and indignation so worldly that you may flinch in disbelief: “Hear my cry, hear my call.” It is as though she is wrapping her instrument around death and strangling it. She then leaves Dorsey’s man-made words behind, as they are inefficient for expressing the way she feels both about her God and about transmitting the miracle of her voice. The child elder starts humming, then moaning, deep and steady and not at all faintly aroused. Moaning in the church. The interlude is a premonition of her career, which imprinted on us the power and the anguish in sacred and sexual love. “Ain’t no harm to moan,” she says, before taking up the verse again. Listening now, during this national wake for her, we know where Franklin will go, what educations she will preach. The fourteen-year-old maybe knows, too. The clairvoyance of her “Precious Lord” is staggering.