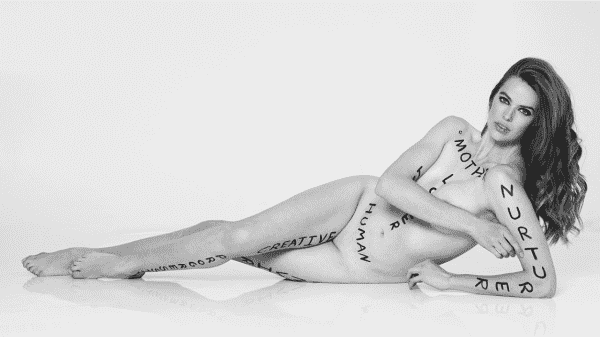 A word on swimsuits. I do not love them. Or, rather, I hope every year
to find one that I love, and pretty much every year I fail. It is as if
all the useful knowledge of the human body and its many variations in
size and shape that lingerie designers regularly employ in their work is
totally forgotten when it comes time to craft lingerie that is meant to
withstand water. Bikini tops are small. Bikini bottoms are smaller.
One-pieces tend to come with “Flashdance”-narrow landing-strip crotches
or weird variations on the theme of shorts, and awkward, rib-poking
underwire or ruthless, tit-squashing spandex that turn the torso into a
wadded, sweaty mess. You end up feeling either like Kate Winslet in the
“Titanic” corset-lacing scene or like a lumpy pile of leaves raked into
a garbage bag. Tankinis are too closely associated with the nineties;
burkinis are politically charged, though in China many women wear a
non-religious variation of one along with a “facekini,” a sort of
colorful balaclava—think of a Mylar birthday balloon crossed with
bondage gear—to protect their skin from the sun. I myself am partial to
a classic black one-piece suit with a low back, gently supported bodice,
and hip-hugging bottoms, bought at Patagonia, sleek but also relatively
modest, and therefore something that would never conceivably appear in
the Sports Illustrated Swimsuit Issue, where form tends to trump
function, aquatic or otherwise.

What is the function of the Sports Illustrated Swimsuit Issue? Back
in the day, it was reliable masturbation fodder, a late-winter gift to
the flesh-starved straight-male gaze, though there’s now so much of that
to go around on the seasonless Internet that the issue’s lustre as
mainstream smut has faded. Still, its editors have a job to do, and year
in, year out, they do it, sticking, maybe for nostalgia’s sake, to
variations of the same cheesy Hustler-type poses: the coy looks, the
pouts and smiles, the forearms crossed over buxom surplus, the
well-applied sand. Kate Upton was on the cover last year, wearing,
depending on the copy you saw, a sequinned jacket; a white fishnet
knotted between her breasts like a hammock; or a Cleopatra collar paired
with the kind of jingly coin belt that goes over a belly-dancing skirt,
minus the skirt. Inside, among the models, was the sixty-three-year-old
Christie Brinkley, gamely covering herself with a large straw hat, as
well as Olympic athletes, including Simone Biles and Aly Raisman, who
were photographed at the gym rather than on the beach. Biles, in a
sporty bikini, stuck to her athletic persona, doing handstands and
jumps. Raisman went in a more risqué direction, splaying out, sometimes
topless, on a springboard and across a pair of balance beams. It is
poignant, and a little unsettling, to look at those pictures of her now,
following the forceful, heart-crushing testimony that she recently gave
against Larry Nassar, the abusive former doctor for the U.S. gymnastics
team. In the Sports Illustrated photos, Raisman looks muscular and
confident in her sexiness, her athletic body a model of powerful, adult
beauty. She also looks exposed.

This year, Sports Illustrated has gone in a new direction. You may
have heard that women everywhere are sick of being sexually harassed; Sports Illustrated has heard, too, and to that end the 2018
Swimsuit Issue includes, alongside its usual selection, “In Her Own Words,” a shoot that is being marketed as an aesthetic evolution fitting for the #MeToo age, though it was reportedly planned before that hashtag took
off. Commissioned by a female editor, M. J. Day (this is her fourth year
editing the Swimsuit Issue), and photographed by a female photographer,
Taylor Ballantyne, with an all-female crew, “In Her Own Words” does not
feature models wearing swimsuits but, rather, nude models whose bare flesh
has been painted with descriptive words of their own choosing. The model
Robyn Lawley posted a black-and-white picture of herself to her Instagram with “MOTHER” printed across her collarbone, “LOVER” down her chest, “NURTURER” on an arm, “CREATIVE” across her
inner thigh, “PROGRESSIVE” on a leg, and “HUMAN” just above her pubis.
Her post shows other models, too, including Sailor Brinkley Cook, the
daughter of Christie, with “NATURAL” curving across her bare butt. (That
particular choice of word makes me think of another: “PHOTOSHOP.”)

The images call to mind passed-out party guests being drawn on with
permanent marker by a group of very respectful pranksters, or one of
those butcher-shop cartoons of an animal divided into cuts of meat. The
concept, of course, is empowerment, the idea being that turning mute
models into human Mad Libs allows them be “heard” rather than merely
seen, though the seeing remains the important part. “At the end of the
day, we’re always going to be sexy, no matter what is happening,” Day told Vanity Fair. #MeToo skeptics, rest easy. Reports that feminists are
going to abolish sex have once again been greatly exaggerated.

The consequences of inhabiting an objectified body are, in many ways,
what #MeToo is all about, and there’s something spectacularly silly, not to mention tone-deaf, about Sports Illustrated fighting fire with fire. The “In Her Own Words” shoot got a predictable amount of flak on Twitter; it seems that
removing models’ remaining scraps of clothes in the name of empowerment
has not been widely taken in the liberating spirit in which it was
intended. Vanity Fair reported that Day wants the Swimsuit Issue to
celebrate “different standards of beauty,” though the images that have
been released thus far celebrate only the standard of the thin white
woman. Then there is the haphazard aesthetic of the shoot itself: the
black-and-white format, signalling artistic seriousness, mixes strangely
with the artless, childish cast of the blocky capital letters and the
inoffensive slogans that they form. Those dark, simple words painted on
pale flesh don’t so much give the impression of women speaking their
truths as of women who cannot speak at all.

Still, credit where credit is due: this is the first time in the
fifty-plus-year history of the Swimsuit Issue that a woman has been in
charge of one of its shoots. That fact, which falls in the category of
so-unremarkable-it’s-remarkable, surely counts for something. Give it a
few years, and we may end up seeing some really transgressive stuff.
Revamped Victorian bathing costumes? Pubic hair? There’s some evidence
that the way we see women in commercial contexts is already changing. In
both 2016 and 2017, Getty’s most-requested stock image for the search term “woman” was of a solo hiker, fully clothed,
surrounded by natural splendor. A decade before, the top image was of a
nude woman lying under a towel on a massage bed, smiling vacantly. My
favorite is probably a tossup between 2015—a woman grinning as she hugs
four bags of dry pasta—and 2014—a diver arcing through the air in the
moment after she leaves the board, her hair pulled back in a ponytail,
her limbs stretching behind her in a perfect curve. Naturally, she is
wearing a swimsuit.

That to give, when is not time at choice gift?