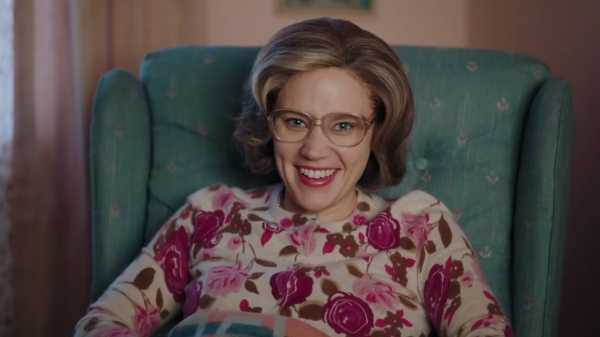 Like the pop album before it, the structural unity of the “S.N.L.” episode is in flux, its wholeness disturbed by social media’s love of fragments. This can be a good thing. To the delight of comedy nerds, the lid that used to cap the so-called ten-to-one spot, the time just before the end of the show when weirder humor often airs, has recently come off; absurdist sketches such as “Disney” and “Teacher Fell Down” have floated up toward the top of the show. And, no matter where they land in the live broadcast, they are drawing more and more attention and YouTube views as the week continues. On Sunday, in a pure Internet development, fans leapt at a cut-for-time sketch. This one skewered the awkward moralism of nineties sitcoms. There are a slew of these sketches that have enjoyed an online afterlife in the past several years, many of them watched millions of times. A 2016 classic from the cut-for-time vault features Kristen Wiig, Kate McKinnon, and Vanessa Bayer as goddesses of creation, pitching their ideas to a sentient, glowing crystal, like comics in a celestial writers’ room. “Who’s the audience?” McKinnon asks.

The real S.N.L. writers’ room is well aware that the show’s audience has fractured and multiplied, across the country and the planet, via a handful of different devices. “It’s such an honor to be here hosting ‘Saturday Night Live,’ ” Claire Foy, the British actress and the star of “The Crown,” said, after stepping onto the stage for her opening monologue. “Or, as we call it in England, ‘Sunday Morning.’ ” Foy seemed to be making a time-zone joke, referring to the fact that “S.N.L.” fans in the U.K. have to wait until Sunday for the show to be posted online. But she could have easily been referring to the growing viewership on this side of the Atlantic who eagerly await the updates to S.N.L.’s YouTube channel like children on the lookout for Santa Claus.

Saturday’s show took aim at another reason for this crack-up: the overwhelming supply of big-budget programming that has emerged in the age of Netflix, Hulu, and Amazon Prime. In a fake ad that ran after the monologue, “S.N.L.” mocked Netflix, which has produced hit shows like “The Crown” but has also put out lots of chaff that most viewers have never heard of. “We’re spending billions of dollars and making every show in the world,” the voice-over explains, as a manic Mikey Day, playing a Netflix executive surrounded by empty Red Bull cans, throws money from a giant pile on his desk at Heidi Gardner, who is pitching a show she barely has time to describe. “Our goal is the endless scroll,” the voice-over says. “By the time you reach the bottom of our menu, there’s new shows at the top, and, thus, the singularity will be achieved.” The ad continues with a clip from a fictional show called “Kennymeade Depot,” a period piece starring an actress played by Melissa Villaseñor, who wears a ruffled fascinator and totes a Tommy gun. “It’s been on for three seasons and only one woman watches it,” the voice-over tells us before the screen cuts to Kate McKinnon as an elderly woman named Ruth. “Thanks, Ruth!” Day yells, clutching another Red Bull can.

This oversaturated and, thus, hyper-specific media climate has also given the “S.N.L.” writers freedom to poke fun at figures who are just now becoming household names but who have long had sizable social-media followings. On a recurring sketch that sends up the public displays of affection between the “Morning Joe” co-hosts Mika Brzezinski and Joe Scarborough, Villaseñor, a talented impersonator and standup who is usually woefully underused, introduced her impression of the congresswoman-elect Alexandria Ocasio-Cortez. Villaseñor mirrors Ocasio-Cortez on other screens, too: they both provide frequent updates on their professional and personal lives in ephemeral Instagram stories. Last week, Ocasio-Cortez received a lot of notice for eating macaroni and cheese with a coffee stirrer, and Villaseñor, clutching a yellow notebook, tried out some new jokes for her online audience shortly before Saturday’s broadcast. This feedback loop, running on smartphones, helps keep the politician and the comedian in the otherwise overburdened public consciousness, even when the heftier cameras turn their attention elsewhere.

The Internet also eliminates any hiding spots. Just before 1 A.M., a sketch about the unbearable anticipation around the probe of the special counsel, Robert Mueller, had the women of “S.N.L.” performing a parody of Mariah Carey’s “All I Want for Christmas Is You.” “Mueller, please come through,” Cecily Strong, McKinnon, Villaseñor, and their fellow cast members sang, in front of a portrait of Mueller wearing a Santa hat. “ ’Cause the only other option is a coup / Straaaaaaaaight Africa.” Many viewers begged “S.N.L.” to release the sketch as a clip, but the show’s Twitter account has so far posted only a photo. Vigilante fans filled the void, taking it into their own hands to tweet amateur videos of the sketch taken from their television sets. “THAT is great,” a user calling herself AbuelitaDiaz wrote on Sunday morning under one such post, which had hundreds of likes. “I need to watch it later today. This old woman falls asleep early.”

Watching an entire episode of “S.N.L.” can be a slog at times, it’s true, but there’s still something pleasurable and quaint about keeping an eye out for all the cracks that a live comedy show offers: laughing at prop malfunctions; marvelling at the sketches that go down in flames; contemplating the speed of elaborate costume changes; or just enjoying a pitch-perfect sketch that is neither really absurd nor topical, like “The War in Words,” in which a First World War soldier receives ever more disorienting messages from his wife back home. “I am positively starved for context,” he scribbles back in frustration. Some people enjoy both the fragment and the whole. Watch it all, and then e-mail your favorite sketches to friends who don’t. “Dear Social Media Twitter person on SNL – TY for the excellent job you did tonight,” a woman who goes by A Middle Aged Lady in a Flyover State wrote beneath one tweet that shared the sign-off clip from the end of the show. “I wish I could send you a pie or knit you a sweater or something. Go hug your mom for me, would ya?” And, she added, “Go to BED asap!”