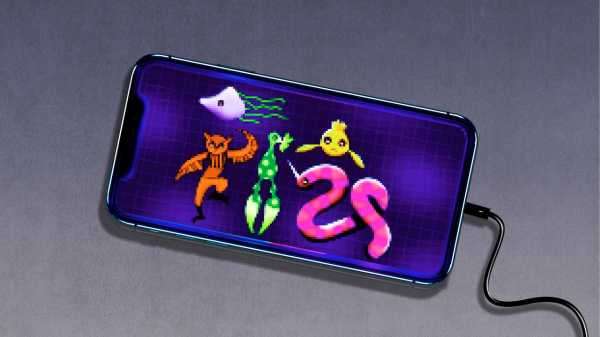 A year ago, Marcus Dewdney, an artist in Toronto, started a project inspired by Pokémon, the beloved series of monster-collecting video games that launched on Game Boy in the United States in 1998. He pulled up images from the 2001 games Pokémon Gold and Silver and, using the image editor paint.net, copied them in his own style, illuminating the rudimentary, decades-old pixelated landscapes with richer colors and patterns. Scant grids of symbolic leaves from the original game became swirls of gnarled trees; straight lines meant to suggest cliffs became craggy, precipitous rock faces. This past March, Dewdney and several other artists completed the entire map of Gold and Silver—which can be explored screen by screen on a dedicated Web site. Now the group is working on overhauling the original Pokémon games, Red and Blue. Viewers of Dewdney’s images often comment, “This is how I saw it in my head as a kid,” he told me. “That’s the feeling I want to evoke. It’s when I look back and get that fuzzy, nostalgic feeling.” (He first played Pokémon Red at the age of five, choosing Charmander.)

Pixel art is an intentionally rudimentary graphic style based on the capabilities of vintage computing. The visuals of the original Nintendo Entertainment System, from 1985, consisted of a 256-by-240 grid of tiny squares of color. There were fifty-four hues altogether; each character was limited to three colors at a time. The density of detail grew over the decades, as technology improved, but the early restrictions established the visual vocabulary for a generation of video games: an evocative simplicity. I first noticed Dewdney’s work on Twitter, where he is part of a growing contingent of pixel artists who have moved away from platforms like Tumblr and Instagram, the former being moribund and the latter soul-suckingly algorithmic. Looking at his intricately redrawn maps, I felt my own pangs of nostalgia—they brought me back to playing Pokémon on a Game Boy in the back seat of my parents’ car, during road trips around the turn of the millennium. I would start a new game each time and see how far I could get. At a time before hyperrealistic 3-D graphics and screen overexposure, the desaturated pixels were innocently entrancing, an immersive other world.