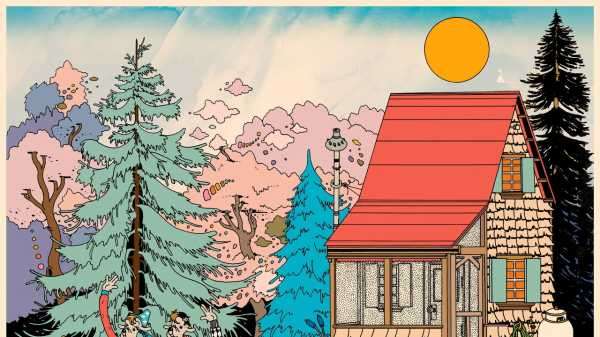 Today, R. Gordon Wasson is credited with, among other contributions to American mycology, coining the term “magic mushrooms” to describe the varieties of fungi that can induce hallucinogenic experiences when ingested. Brian Blomerth’s new graphic novel, “Brian Blomerth’s Mycelium Wassonii,” chronicles how Wasson, an executive at JPMorgan who thought mushrooms were disgusting, became one of the pioneers of research on their psychedelic uses. Wasson’s conversion from mushroom hater to mushroom evangelist began shortly after he married Valentina (Tina) Pavlovna, a Russian-born pediatrician. Pavlovna had been taught to forage for mushrooms by her mother, and they were a part of her heritage. When she found some mushrooms during the couple’s honeymoon, in the Catskills, Wasson refused to partake when she cooked them for dinner; the next morning, finding that his wife had not been poisoned by the meal, he tasted the leftovers and discovered that he liked them. Driven by Tina’s passion for mushrooms and Gordon’s love for his wife, the couple devoted much of their time to mycological research.

Blomerth’s fanciful and colorful illustrations offer a largely joyous overview of the couple’s work together, which Wasson continued to do for decades after Pavlovna’s death in 1958. The book recounts, among other stories, the couple’s trip to observe the ritual use of hallucinogenic mushrooms among the Mazatec people in Mexico; the fraught role Wasson played in exposing, against her wishes, the Mazatec curandera María Sabina to enlightenment-seeking spiritual tourists; the covert involvement of the C.I.A. in Wasson’s research; and the scientific isolation of psilocybin, the compound responsible for mushrooms’ trip-inducing properties. The book also celebrates another altered state: love and the irrevocable effect one person can have on another’s interests, career, and life.