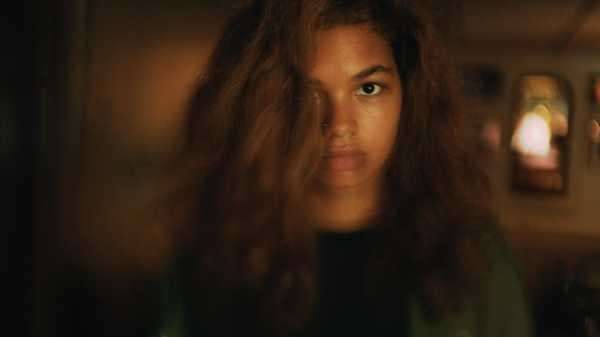 Like most other great films, Josephine Decker’s new movie, “Madeline’s Madeline,” which opens Friday, is many things at once—a passionate emotional experience, a conjoined vision of intimate and public life, a reinvention of the very elements of filmmaking. It’s also, incidentally, a decisive repudiation of one of the most enduring film-critical shibboleths: that straightforward storytelling is antithetical to directorial originality.

In its over-all contours, “Madeline’s Madeline” is a classic coming-of-age drama, the story of a young woman who is at the center of an emotional tug-of-war between the two strongest women in her life. The sixteen-year-old Madeline (played by Helena Howard, making her film début), who lives in a small house in the New York area with her mother, Regina (Miranda July), and her younger brother, Damon (Jaron Elijah Hopkins), has been contending with mental illness (for which she takes medicine and has been hospitalized). Her illness, and the violent outbursts that have characterized it, have put additional strain on Madeline’s relationship with Regina, which is already strained by familiar adolescent matters such as Madeline’s increasing emotional independence, her relationships with boys, her interest in sex. Yet Madeline is also exceptionally dependent, in a practical sense, on Regina: she is a superbly talented young actor who takes part in a theatre workshop in Manhattan, where she’s the only teen-ager among a group of adult performers, and Regina is, in effect, a theatre mom whose schedule is tied to dropping Madeline off and picking her up at rehearsals.

Meanwhile, Madeline’s participation in the theatrical workshop’s somewhat theoretical, movement-centered improvisations, led by the group’s director, Evangeline (Molly Parker), is tentative and diffident. Evangeline herself is unsure of the path that her project is taking. She tries out a variety of ideas that don’t seem to be jelling; when Madeline, grateful for the sympathetic ear, tells the director about her conflicts with her mother, Evangeline plans to integrate Madeline’s experiences—and her onstage performance—more centrally into the group project. In the process, Evangeline becomes captivated by, even obsessed with, Madeline’s talent, personality, her very presence, and the effort to include Madeline as a part of Evangeline’s life as well as her work implicates Regina, too, and leads to extraordinary dramatic conflicts.

The dramatic clarity and psychological acuity with which Decker (who also co-wrote the film, with Donna di Novelli) conveys the characters and their conflicts is only an infinitesimal part of this vast creation, however. Though “Madeline’s Madeline” runs barely an hour and a half, it packs an epic’s worth of expressive detail, imaginative incident, emotional variety and intensity, and aesthetic invention. The tight bond between the movie’s profusion of closely observed details, fleeting moments of intimate poignancy, grand dramatic passions, and social insight is nearly fractal in its unity, yet it also evokes a sense of spontaneity and artistic discovery at every stage of the cinematic process. That sense of discovery is equally a part of the viewing experience; Decker’s approach to every aspect of cinematic form and composition is as distinctive, as freely inventive, as is her renewal of the movie’s classical subject.

The cinematographer Ashley Connor (who also worked on Decker’s earlier features, “Butter on the Latch” and “Thou Wast Mild and Lovely”) keeps the camera active, alert, and impulsive, relying on shifts in and out of focus to fuse characters and their surroundings. What’s more, “Madeline’s Madeline” is the most originally and boldly edited film that I’ve seen in a while; the fragmentary succession of images (edited by Decker and Harrison Atkins, co-edited by Elizabeth Rao) creates an overwhelming confluence of tumultuous emotions. There are occasional flashes of memory and imagined events, plus one , whimsical yet fierce fantasy, centered on the peculiarity of trying to portray a character—a species—remote from one’s own. The over-all construction of the film—both meticulously calculated and ecstatically free-form—seems to replicate the play of one’s unconscious mind.

What’s all the more remarkable is that, with a keen and empathetic discernment, the movie depicts the inseparability of Madeline’s personal experience from inherently political conflicts that are a part of her own daily life. Madeline is black, as is her brother and her father (who is never seen or heard from throughout the film); Regina is white, as is Evangeline. The prevalence and ordinariness of interracial relationships, the unresolved and seemingly unspeakable tensions that they nonetheless involve, and the questions of personal identity that they raise are among the film’s dramatic constants. When Regina and Madeline have a fight, Madeline doesn’t hesitate to suggest that her mother is unable to deal with her skin color; when Madeline brings a group of teen-age boys—all young men of color—to her basement, they’re surprised to learn that her mother is white. (“Jungle fever,” one says.)

The theatre company is ethnically diverse—and the reflection of that diversity is prominent in Madeline’s mind from the start. The first face seen in the film is that of the performance artist Okwui Okpokwasili, playing a member of the company named KK, whom Madeline, wearing a mask for a performance, perceives through its eyeholes. Evangeline chooses Madeline and KK as the artists to feature on the poster to advertise the company; while struggling to find a theme for her stage production, she decides to approach the theme of prison, and brings a recently incarcerated black man named Jamal (Jamal Batts) to a rehearsal in order to speak with the group. (The actors are deeply skeptical of this plan of Evangeline’s.) Evangeline is pregnant—she confides in Madeline that she dreamed that Madeline was her daughter, and, when Madeline eventually meets Evangeline’s husband, George (Curtiss Cooke), who is black, the encounter proves to be exceptionally, dangerously fraught with her unspoken tensions over identity and sexuality.

The elements of “Madeline’s Madeline”—dramatic, thematic, textual, visual—fit together not with the deterministic rigidity of a puzzle to be solved but with the wonder of a constellation. The force that holds its points together is performance itself—the idea of performance as the crucial aspect of the movie and as a crucial aspect of Madeline’s own identity, and the actors’ performances themselves, especially Howard’s, as Madeline. Just as Evangeline directs Madeline, Decker herself is Howard’s director, and, in her characterization of Evangeline, Decker interrogates her own role as the dependent yet controlling observer who has placed Howard at the center of her own production. (Moreover, like Evangeline, Decker has broached the theme of incarceration, in her short film “First Day Out,” released in the compilation “collective:unconscious.”)

In the role of Madeline, Howard delivers a performance that is one of the most distinctive, most varied, and most extreme in its expressive array and technical power, of any teen performer in the history of cinema. It’s a performance that’s drastically different from, but comparable in originality to, those of Jean-Pierre Léaud in “The 400 Blows,” Jason Schwartzman in “Rushmore,” and Kirsten Dunst in “The Virgin Suicides.” But Howard’s performance style is—without being any less controlled or precise—still more explosive, more impulsive. She reminds me, above all, of Gena Rowlands, and it’s appropriate, because the climactic scene of “Madeline’s Madeline” involves a stage performance by Madeline—it’s one of the most terrifying and emotionally devastating scenes of a character doing a play-within-a-film since Rowlands’s climactic scene in John Cassavetes’s “Opening Night,” from 1977. Howard’s performance, and Decker’s film, are similarly historical achievements.