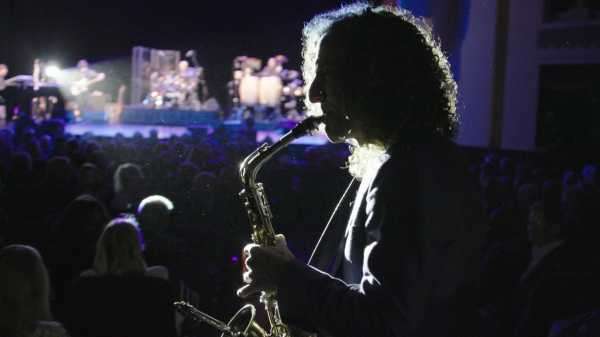 Unlike revenge, irony is best served warm, and the authentic warmth of the director Penny Lane’s documentary “Listening to Kenny G” (streaming on HBO Max) makes its ironies all the more revelatory. In the guise of the banal fan-service genre of the pop-musician portrait, Lane delivers something grand and sly: a cinematic work of music criticism, a far-reaching speculation on the philosophy of taste and the sociology of aesthetics. Her film’s ironies start with the title, because many of the movie’s viewers, like many of its interview subjects from the world of music, would rather not listen to Kenny G’s music at all—and their aversion is the mainspring of the film. Lane’s deft and gentle portraiture is dedicated to the profound proposition that such aversion can be explained, even justified, by the very portrait of the artist that emerges. “Listening to Kenny G” subtly and surely teases out the mighty and overarching idea of the inseparability of the artist and the art, the notion of art as the embodiment of the artist’s personality—for better or for worse.

As Lane notes in the film, the saxophonist and composer known as Kenny G is the best-selling instrumental artist ever. He’s identified with a single kind of music, smooth jazz; what’s more, that term was coined expressly to describe his music. (The story’s in the film.) In the mid-nineteen-eighties, Kenny G’s music rose to nearly instant popularity and quickly became a mainstay of shopping malls, dentists’ waiting rooms, and offices, as well as radio stations; whether or not one wanted to listen to his recordings, they were seemingly impossible to avoid hearing. In “Listening to Kenny G,” Lane tells the story of his rise from obscurity to fame to ubiquity, and she does so with a virtual symphony of voices. She interviews music writers and scholars (both detractors and defenders of Kenny G’s music) and members of his adoring public.