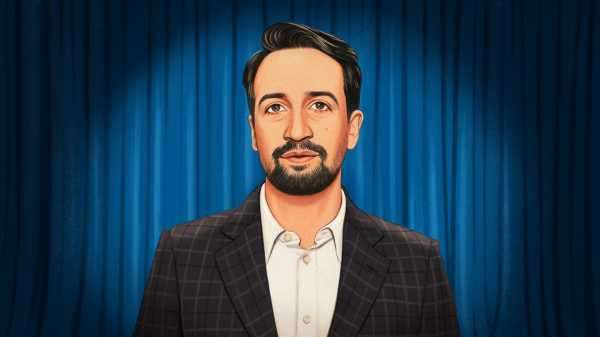 The musical “Tick, Tick . . . Boom!” is, in a word, haunted. When Jonathan Larson wrote it, he was a struggling theatre composer facing down his thirtieth birthday, despondent after years of rejection for his dystopian rock musical, “Superbia.” In the fall of 1990, Larson workshopped a new one-man show, originally titled “Boho Days,” about a frustrated composer named Jonathan who was turning thirty. The next year, it was renamed “Tick, Tick . . . Boom!” Larson, accompanied by a band, sat at a piano and griped, in song, about his stalled career and his desperation for a breakout hit. The “Tick, Tick” of the title was the insistent warning in his ears—after all, his idol, Stephen Sondheim, had opened his first Broadway show when he was twenty-seven. “They’re singing ‘Happy Birthday,’ / You just want to lay down and cry,” Larson sang. Soon after, Larson did write a breakthrough musical, but he didn’t live to see its success. He died in 1996, of an aortic aneurysm, hours before the first scheduled Off Broadway performance of “Rent.”

Five years later, the playwright David Auburn adapted “Tick, Tick . . . Boom!” into a three-person Off Broadway musical. The show was now a portrait of an artist on the cusp of global success, unaware that the acclaim he longed for would coincide with his death, and the ticking clock took on a prescient new meaning. One of the audience members was a college senior named Lin-Manuel Miranda. Like Larson, he would hustle through the theatre world in his twenties before writing a transformative Broadway hit in his thirties—but, unlike Larson, he lived to see it conquer the world. Miranda has now followed up “Hamilton” with a film version of “Tick, Tick . . . Boom!,” his directorial début, which arrives on Netflix this week. Miranda has expanded what was once a solo show even further, re-creating Larson’s bohemian New York of 1990 and employing a sprawling cast led by Andrew Garfield, as Jonathan. When I spoke to Miranda recently, over Zoom, he was at his home office, in Washington Heights, which looked a lot like Jonathan’s in the film—keyboard by the window, busy bookshelves—with the exception of a few Tony and Grammy Awards. He had just come from a “brief but vigorous game of handball,” and we got to talking about the artistic life, the difficulties of success, and the strange circumstances that created “Tick, Tick . . . Boom!”