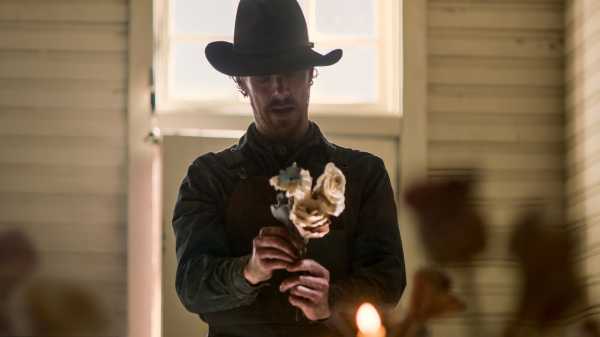 Jane Campion’s new film “The Power of the Dog,” based on Thomas Savage’s 1967 novel of the same name, is set on a ranch in Montana in the nineteen-twenties. Campion is known for making intensely beautiful images of the natural world, but in the new film (shot in her native New Zealand) her painterly impulses are especially breathtaking. Shots of cattle flowing across the hills and into the Great Plains have the energy of one of Eugène Boudin’s beach scenes. Sequences of men at play and at work, light striking their bare flesh, muscles rippling as they pull ropes and goad their horses, possess the same languid sexual frankness of a Manet or a Degas. The film shares a certain visual vocabulary with “Brokeback Mountain,” Ang Lee’s 2005 adaptation of Annie Proulx’s brilliant short story about two cowboys, Jack and Ennis, who fall in love in nineteen-sixties Wyoming. In “The Power of the Dog,” two lonely men also make a connection of sorts. But amid all of the film’s romantic beauty darkness and violence lurk, including in unexpected places. What looks like it might become a love story turns out to be a tale of revenge.

The story centers on the Burbank brothers, Phil (Benedict Cumberbatch) and George (Jesse Plemons), who together run a successful ranching outfit. The brothers make a curious pair. Phil has a Yale degree in classics but prefers the honest labor of cattle work, and Cumberbatch lends him the eerie charm of a high-born gone feral among roughnecks. (Note the ease with which he castrates a bull bare-handed.) George seems nicer, at first—simple, sweet. Yet he is more bourgeois and image conscious, riding around in starched suits, and he throws their lives out of balance when he marries a widowed innkeeper, Rose (Kirsten Dunst), and brings her to live in the big, fine house that the brothers share. Feeling alienated and betrayed, Phil begins a campaign of psychological warfare against Rose, driving her to drink and to the edge of madness, sometimes by doing little more than plucking his banjo or whistling a tune. Rose has a teen-aged son, Peter (Kodi Smit-McPhee), and when he joins her on the ranch her nightmare grows more desperate as Phil, initially an antagonist of the boy, seemingly attempts to woo him.