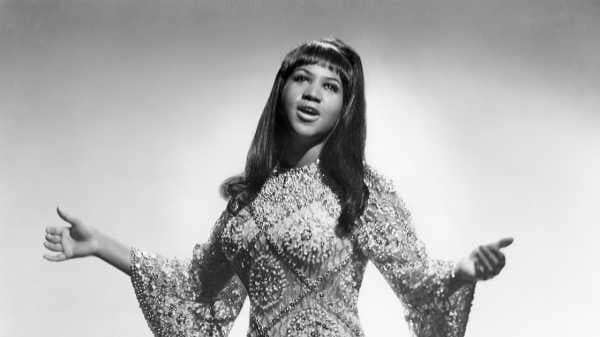 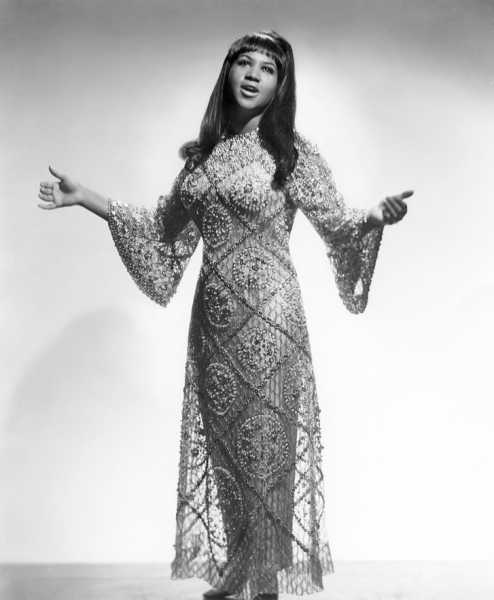 Listening to Aretha Franklin, who died Thursday, was like listening to the embodiment of a divine signal. She received it and she broadcast it.

The eternal challenge is to answer grief with something that resembles love. To choose not just to sit around decrying hardship and injustice but instead to uncurl your fists and approach sorrow with grace, power, and, most incredibly, gratitude—not for the hurt itself but for the whole miraculous mess of being alive, this strange endowment of breath and blood. Most days, I believe that Aretha Franklin did this work better than anyone. And she did it while being tough and self-assured, confident in both her capacity and her worth, thus obliterating the terrible, pervasive presumption that a woman can’t be tender and oh-my-goodness mighty at the same time.

Franklin, who died Thursday, at seventy-six—a family statement cited pancreatic cancer as the cause—was born on March 25, 1942, in Memphis, Tennessee. She had four children. Her father, C. L. Franklin, was a Mississippi-born Baptist minister of deep and wide renown, and her mother, Barbara, sang and played piano in the church. When Aretha was still a child, her father gave up itinerant preaching to settle at the New Bethel Baptist Church, in Detroit, Michigan. (Not long after, Barbara and C. L. separated; Barbara died in Buffalo, New York, in 1952, when she was thirty-four and Aretha was just ten.) At first, C. L.’s congregation had four hundred members and met in a bowling alley. In 1963, the church was thriving and moved into the once-crumbling Oriole Theatre, which C. L. arranged to have renovated by black workers and artisans, a transition he described, in the Detroit Free Press, as “a trip from the valley to the mountain”; two thousand parishioners gathered to celebrate. C. L.’s friends and acolytes included Martin Luther King, Jr., and the gospel singers Mahalia Jackson and Clara Ward. You can imagine the sort of child that crowd might nurture. The music of the black church—where Aretha was born and inculcated, where her voice both originated and returned—was the most trenchant force in her life.

Aretha signed to Columbia Records in 1960. Sam Cooke had tried to get her to join him at RCA; Berry Gordy, too, had circled, attempting to lure both Aretha and her older sister, Erma, to Tamla, the soul label that he ran before Motown. But C. L. wanted Aretha somewhere legitimate and established. Columbia heard a pop star. Gospel remained present in her songs—you can’t really sublimate that sort of thing—but she grew colossally famous as a rhythm-and-blues singer. “Respect” was first written and recorded by Otis Redding, in 1965, but it nonetheless remains Aretha’s signature song, her calling card. For a black woman to sing the phrase “Ooh, your kisses, sweeter than honey / But guess what? So is my money,” in 1967, with effortless certainty, remains so plainly wonderful to me that I think about it at least once a week. (When Beyoncé delivers the line “Always stay gracious, best revenge is your paper,” at the end of “Formation,” it feels like an earnest and explicit homage.)

Aretha, of course, became hugely successful—more than seventy-five million records sold. She always asked to be paid up front, in cash, and stowed the rolls in her pocketbook. She knew precisely how to wear a mink, and, more important, how to let a mink fall to the floor. (Long before the now-ubiquitous “mike drop” there were the grand dames of the prewar blues era, casually shrugging off their coats in an undeniable expression of authority and dominance—let it tumble.) She was not the sort of woman who tolerated clowns or clownishness. Who could not love this about her?

There is a sublime clip of her performing an athletic medley—“Respect,” “Today I Sing the Blues,” and “Spirit of the Lord”—live on B.E.T., sometime in the aughts. She’s wearing a generously sequined gown and diamond drop earrings, and her hair is curled into sweet tendrils. Toward the end of “Today I Sing the Blues,” you can see her working up to something. (I’d recommend that you start watching the video around four minutes and fifteen seconds in.) She loved someone and he left her alone, again, and she’s overcome by a heavy and disbelieving anguish: “I come out on the losin’ end in every, every love affair,” she sings. It just doesn’t make any sense. “Yesterday this time, I sang a love song.” How do we go from having love to being so cruelly and suddenly divested of it? How can we do that to one another? Aretha does a little bounce and pumps her shoulders. It’s so much to consider. Then she reaches up, takes hold of her wig, and flings it off. It’s a triumphant and hilarious bit of theatre, yet it’s the truest thing anybody could have done in that moment.

Her life was full of these sorts of flourishes: wild and dramatic liberations, all in service of song. In 1970, while working on “Spirit in the Dark,” she recorded a cover of the crooner staple “My Way.” I appreciate the now-canonical Sinatra version as much as any hot-blooded, martini-swirling New Yorker (the song’s lyrics were written by Paul Anka, in 1967), but Aretha’s take is something else. It wasn’t released commercially until 2007, in the odd-and-sods compilation “Rare & Unreleased Recordings from the Golden Reign of the Queen of Soul.” “Let me make it real clear,” she sings in the first verse, unnecessarily. She decides to go lower on the chorus, so the “my way” becomes a kind of upward swoop, as if she’s gearing up for a great leap.

But I simply can’t get away from her astonishing performance of “Amazing Grace” from 1972. She recorded it live, for an album of the same name, at the New Temple Missionary Baptist Church, in Los Angeles; the album eventually went on to become the highest-selling gospel release of all time. (Sydney Pollack filmed the performance, but, for a variety of complicated reasons, many expounded on in Aaron Cohen’s wonderful book on the album, the documentary was never released.) When Aretha sings “Amazing Grace” in that church, it’s suddenly not a song anymore, or not really—the melody, the lyrics, they’re rendered mostly meaningless. A few bits of organ, some piano. Who cares? Congregants yelling “Sing it!” None of it matters. I’m not being melodramatic—we are listening to the wildest embodiment of a divine signal. She receives it and she broadcasts it. “Singing” can’t possibly be the right word for this sort of channelling.

To listen to Aretha Franklin now is to hear everything—everything that came before her, each strain of American blues and jazz and gospel and soul, all the musical traditions people leaned on to stay alive, and everything that exists now, all the singers she gave license to, everyone she taught. Her death is in all of us, as her songs are in all of us. She is as immortal as can be.