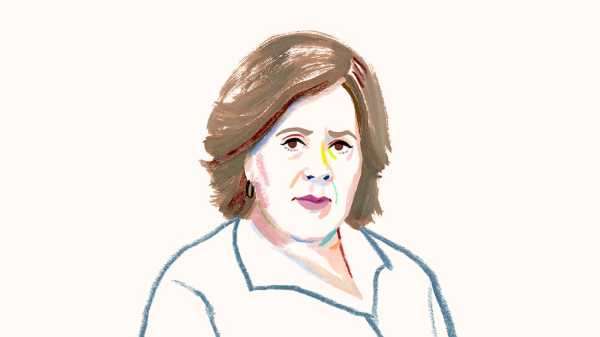 Halfway through the first act of Anna Deavere Smith’s new one-woman show, “Notes from the Field,” Smith, whose plays are made up of what she calls “portraits” of Americans, takes on the persona of the Reverend Jamal Bryant to deliver, word for word, the eulogy he gave at New Shiloh Baptist Church for Freddie Gray, the twenty-five-year-old man who died last year after being transported in a police van in Baltimore. By this point in the play, Smith has already played a handful of other people—she opens as Sherrilyn Ifill, the president of the N.A.A.C.P. Legal Defense Fund, and then becomes a young protester, and then the man who filmed Gray’s arrest on his cell phone—but here she takes the crowd to church.

Sometimes, to assume others’ identities, Smith changes blazers, hats, and shoes, but most of the characterization happens in her body and through her voice, which can mimic even the most idiosyncratic verbal tics. As Bryant, Smith bellows, letting her words crack and bounce around the rafters at an operatic volume. She gestures with a shaking hand toward the seats. There is no room in this scenario for passive watching. On the evening I attended, at the close of the sermon one person cried out “preach,” and then the rest of the crowd, tentative at first, followed suit; soon the entire audience was yelling. An older white woman sitting in front of me, wearing a brocade shawl, felt compelled to raise a fist.