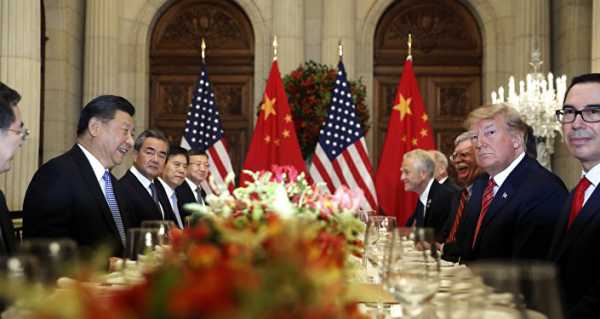 China and the United States should stand up for other countries and lead the fight against the coronavirus pandemic crisis. According to the IMF, developed countries are allocating up to 20% of GDP to overcome the crisis, while developing countries can afford to allocate no more than 5% of GDP.

The IMF report says that 45 low-income countries have already applied for emergency financial assistance to combat the pandemic.

According to experts cited by CNBC, the current crisis has hit almost all countries evenly, as the pandemic is equally dangerous to everyone. However, every country has different capabilities to combat the pandemic crisis.

According to Raghuram Rajan, a professor at the University of Chicago Booth School of Business, developed countries have more financial opportunities. They have allocated up to 20% of their GDP as fiscal and monetary stimulus measures to support the economy and financial stability. Developing countries cannot afford this.

At best, they allocate 5% of their GDP, but often emergency measures to support their economies don’t exceed 1% of GDP. Professor Rajan warned that powerful nations haven’t paid enough attention to emerging economies. With limited fiscal resources, they may not be able to deal with the current situation on their own. Many countries are at risk of their debt increasing drastically in relation to their GDP, which will create another threat to financial stability amid the already dire situation caused by the coronavirus crisis.

The Chinese and U.S. national flags are seen before the start of a Treaty on the Non-Proliferation of Nuclear Weapons (NPT) conference in Beijing of the UN Security Council’s five permanent members (P5) China, France, Russia, the United Kingdom, and the United States, China, Wednesday, Jan. 30, 2019.

The IMF statistics confirm the fears of uncontrolled debt growth in developing countries. According to the June World Economic Outlook report, 45 countries have already applied to the IMF for emergency financial assistance. According to the IMF’s calculations, these countries’ level of public debt for the 2020-2021 fiscal year will amount to 48% of GDP. At the same time, according to numerous economic studies, when the public debt level reaches 60% of GDP, the average annual economic growth rate decreases by 2%.

Singapore’s Senior Minister Tharman Shanmugaratnam said that much of the world’s GDP growth — about two-thirds of the global growth — comes from developing countries.

According to him, the world is now facing a real threat of these countries transforming from developing to degrading. In this case, the entire world’s economic growth is at risk. In turn, Professor Rajan believes that the United States and China should start playing a constructive and leading role in supporting developing countries for the common good. He believes that it won’t be possible to solve global growth problems without help from these major powers.

Indeed, both China and the United States have a major impact on the economy and development of the rest of the world. Therefore, the situation in other countries directly depends on their relationship.

China-US cooperation will benefit everyone. Unfortunately, the relations between the world’s two largest economies have entered a downward spiral, Jiang Yuechun, director of the Department for World Economy and Development Studies at the China Institute of International Studies, said.

According to the expert, China is trying to play a constructive role to resolve the global crisis caused by the pandemic. However, the US’ failure to prevent the pandemic’s spread threatens the American economy and, consequently, the development of not only the United States, but other countries as well.

In this June 29, 2019, file photo, President Donald Trump, left, meets with Chinese President Xi Jinping during a meeting on the sidelines of the G-20 summit in Osaka, Japan.

The experts interviewed by CNBC count on the upcoming US elections. They believe that November will be a turning point when the two states will again be able to establish a dialogue.

However, the emerging bipartisan consensus in the United States on the need for a tougher approach to China raises doubt as to whether reshuffling in Washington can bring the two countries’ relations out of the downtrend. Both Biden and Trump are using rhetoric of a Chinese threat in their election campaigns to justify any of their actions and the corresponding failures in the economy, social sphere, and politics.

However, it’s important to understand that shifting responsibility won’t contribute to the common cause of fighting the pandemic and recovering the global economy. This is what experts are talking about. We need to put aside mutual claims, at least for a while, and start working together.