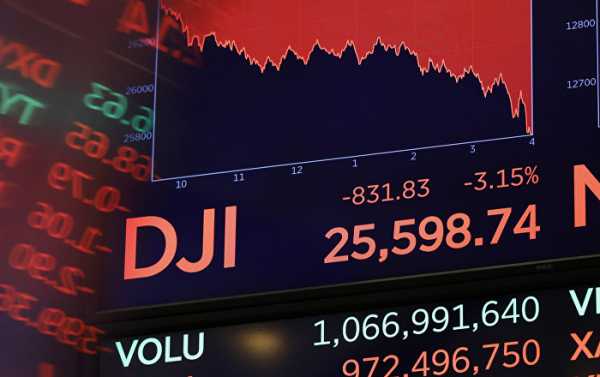 The US stock market sustained yet another day of massive losses on Thursday following Wednesday’s sell-off of tech stocks.

The Dow Jones Industrial Average suffered a loss of 548 points Thursday after watching 830 points evaporate on Wednesday, sending the two-day decline well over 1,000 points. The Dow has now lost 5.3 percent of its value over the past two days, the most significant dip in the indicator since February 2018, the Associated Press noted.

The S&P has dropped six days in a row, “the longest losing streak since Nov. 2016,” ZeroHedge reports, while the Nasdaq Composite on pace to have its worst month since 2008.

The Dow fell nearly 700 points before a Washington Post story revealed US President Donald Trump and Chinese President Xi Jinping would meet at the G-20 summit, which caused some panic-buying.

Trump pinned responsibility for the drops on the Federal Reserve’s decision to lift interest rates. “The Fed is making a mistake. It’s so tight. I think the Fed has gone crazy… It’s a correction that we’ve actually been waiting for for a long time, but I really disagree with what the Fed is doing,” he said Wednesday.