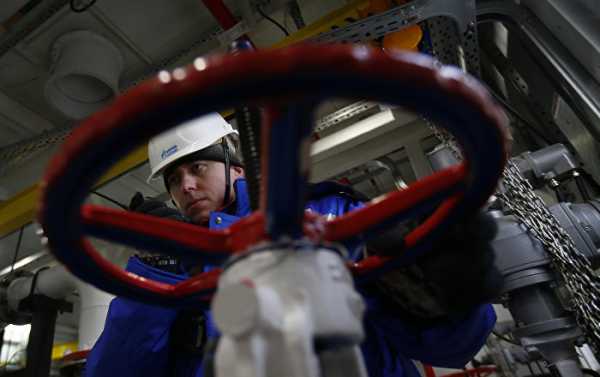 The US reinstated harsh sanctions against Tehran following Washington’s unilateral withdrawal from the Iran nuclear deal in May 2018. The White House then slapped restrictive measures on Venezuela in January 2019, when opposition leader Juan Guaido declared himself interim president of the South American country.

US sanctions against Iran and Venezuela have inadvertently increased demand for a Russian brand of crude oil, Bloomberg reports.

According to data obtained by the news outlet, Russian oil companies received at least $905 million in additional revenues between November 2018 and July 2019.

“The calculation is based on difference between the Urals spread to the Brent benchmark over the period compared to the five-year average,” said Bloomberg. Brent is one of the major trading classifications for crude oil which serves as a benchmark price for global oil purchases.

Bloomberg said that Washington’s anti-Iran and anti-Venezuela sanctions contributed to a sharp increase in demand for Russian crude after output cuts from the Organisation of Petroleum Exporting Countries (OPEC) and its partners.

“Russia’s Urals blend of crude has started to regularly trade at a premium to Brent,” Bloomberg noted.

US Slaps Sanctions on Venezuela, Iran

The report comes a few weeks after the US slapped further economic sanctions on Venezuela, the latest in a series of such moves by the White House since January, when Venezuela’s opposition leader Juan Guaido declared himself the Latin American country’s interim president, in a move that fuelled the ongoing political standoff there.

The US and 54 countries were quick to recognise Guaido as Venezuela’s head of state, while Russia, China, Turkey, Bolivia and numerous other countries have continued to regard Nicolas Maduro as the sole legitimate president of Venezuela.

Strict sanctions on almost all major economic sectors of the Islamic Republic were re-introduced by Washington on 8 May 2018 when US President Donald Trump announced his country’s unilateral withdrawal from the 2015 Iran nuclear deal, also known as the Joint Comprehensive Plan of Action.

Washington granted six-month waivers from oil sanctions against Iran to Greece, Italy, Taiwan, China, India, Turkey, Japan, and South Korea in November 2018 but it decided not to re-issue the waivers in May, saying that wanted “to bring Iran’s oil exports to zero.”

Tehran has repeatedly criticised the US decision to sanction Iran, with Foreign Minister Javad Zarif recently describing the sanctions as “economic terrorism”.